Telegram show: the fight against terrorism or reputation?

April 19 2018
196
Circus telegram show is gaining momentum. Apparently, yes, our power holding bureaucrats just needed this bucket of cold water on their heads or a wet rag over it. 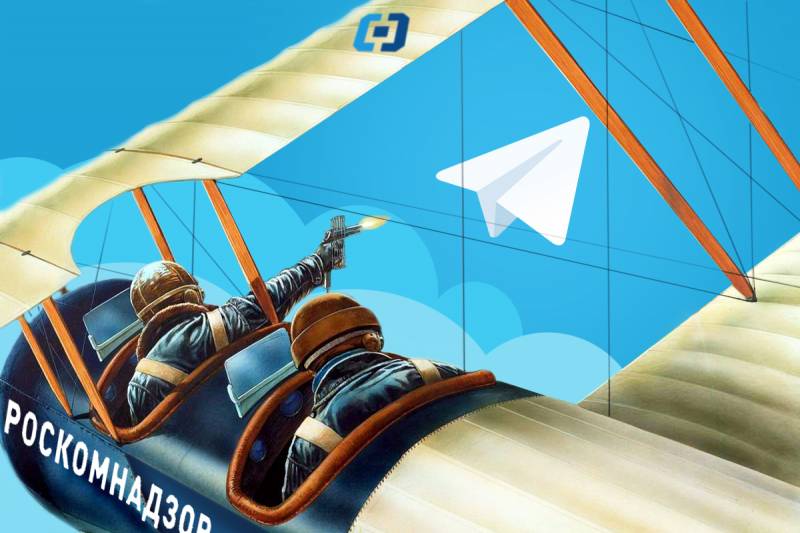 We simply cannot expect anything else, since we witnessed with our own eyes the all-Ukrainian disgrace with the blocking of "classmates" and "VKontakte" in the recent past.

And we see Rutreker’s “total blockage” in Russia today. 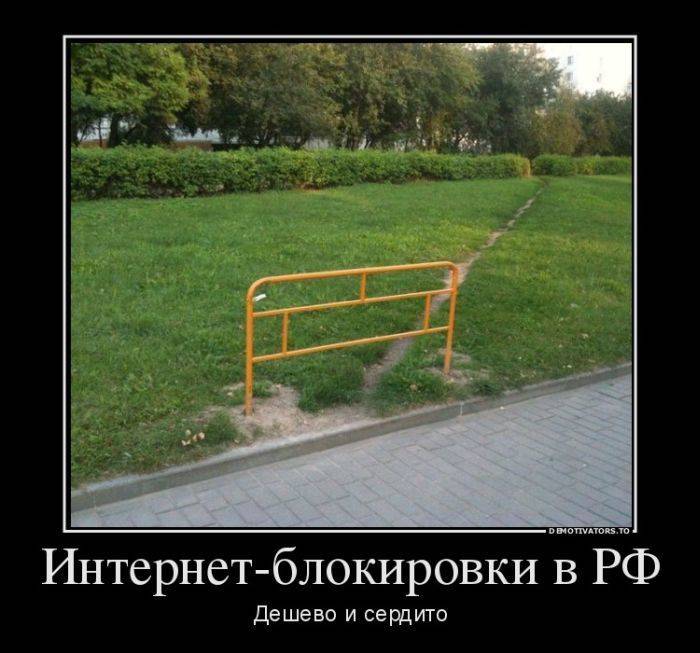 Apparently, "will be enough." It is necessary to wallow in the mud finally and irrevocably, to present oneself as near-minded savages who cannot agree and, most importantly, turn against not the smallest part of the population of the country.

Telegram - client correspondence for mobile devices. It offers the user an exchange of photo / video / text information. Apolitical. Safe. NOT ANONYMOUS! At the same time, there is a special mandatory registration rule. Those. The phone number is used as an identifier.

Immediately, the question of “left-handed” SIM cards pops up immediately on the “Borey” on Lake Ladoga. But the question is immediately redirected to the cellular companies. It is their prerogative and their responsibility. Durov and his brainchild are obviously not in the business here.

The technical side of the issue.

Two types of encryption are possible during correspondence.

Second. "Closed correspondence." The key is generated only on devices that participate in the dialogue. The server cannot store the correspondence, but stores information about the session, i.e. who, to whom, how much, when.

Roskomnadzor began to cove in 2017 year, as soon as Telegram began to develop. The head of Roskomnadzor has publicly sent an appeal to Pavel Durov with a request to provide information about the company for the subsequent inclusion of the messenger Telegram into the Register of information dissemination organizers on the network.

The following data was required from Durov: full and abbreviated name, country of registration, tax identifier and / or identifier in the trade register of the country of registration, location address, postal address, email address, domain name, email address of the resource administrator, hosting provider, and description of the service provided services.

Later, under the pretext of "anti-terror", they began to demand correspondence, encryption keys, etc.

Then began the threat of blocking.

Apple declined to provide information and resources to unlock the murdered terrorist’s iPhone. The FBI appealed for help to Apple on the basis of the law “All Writs Act” of 1789 of the year (the current edition of 1911 d), under which a third party is obliged to assist in the investigation of a criminal case.

Apple refused to assist agents, citing the US Constitution (the First Amendment protects freedom of speech and guarantees the company the right to “not be forced to speak”). The bureau broke it themselves, broke it through the 2 month in the laboratory.

About blockages and hemorrhoidal colic

To begin with, blocking access is stupid. Insanely stupid. On the border with the idiocy of the Ukrainian sample. There will always be VPN services. Proxy-anonymizers and other heresy, which is based on the principles of the network as such. This is one of the elephants. That is, the first computer can access the second via the third or directly. While it is possible to connect to the third, fourth, fifth, and so on, the first will always get access to the second. If the second one wants it, of course.

In case of restriction of access to the service (second computer), the service will always find a connection. "Windmills". Denying the service "want" access to yourself is not physically possible. Especially in the territory of another state (Don Quixote). 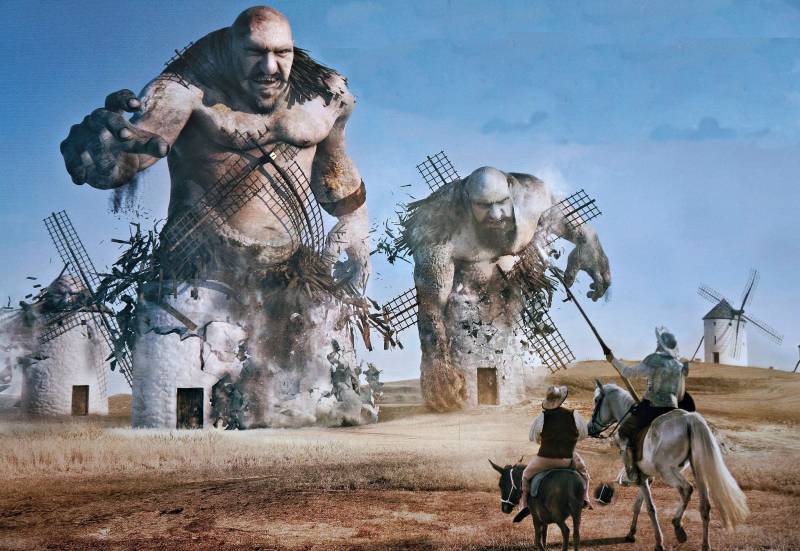 Of course, it’s hardly possible to hit harder on the face than it is now. About 15 millions of ip-addresses are currently blocked. Google, Amazon, Ebay, addresses of servers of Internet games got under a batch.

This "Grads" drive the locust in the fields. Locusts, of course, will diminish health, but what will happen to the field is a question.

And why? And all because in this country there is no place for professionals. Of course, there are professionals, the only question is how high they are allowed to go. Who surrounds the head of Roskomnadzor Alexander Zharov, it is not clear. But either there are no knowledgeable people at all, or the anesthesiologist Zharov does not listen to their opinion.

As a result, the disgrace of the all-Russian scale from Mr. Zharov and his department.

"The blocking of the Telegram messenger has become a" serious challenge. " And, by the way, Zharov does not deny that Google and Amazon, who have fallen under the distribution, decide whether they will work in Russia at all.

And what is there, let's close the entire Internet. And there will be no problems as if from the word “absolutely” ...

“We expect that both Amazon and Google are focused on their business, not political motives” (Alexander Zharov).

Fir-trees, thick forest! These are not political motives, this is what the Internet was invented for. This is a free exchange of information between people without restrictions. It all started just for that.

Madame Zakharova from the Ministry of Foreign Affairs of the Russian Federation says that it is not necessary to block, it is necessary to register users. Look in the first paragraph. Phone number. This is the passport data, this location. Few? Enough. If you put the case as expected, and not as we (mobile operators) want.

And the funny thing.

If Mr. Zharov and those who advised him to block this nonsense, are really sure that they have really stepped on the throat of terrorism in the country and the world, we will disappoint.

Any messenger is enough for semi-encrypted messages. Though "ICQ". For serious things, there are serious things. In Roskomnadzor, such a word as “darknet” most likely simply does not know. How do doctors and other "specialists" know about such intimate things on the Internet?

Nevertheless, he, “darknet”, exists. And in it, completely anonymously, all operations are to be discussed, planned and coordinated, which should be safely hidden from anyone's eyes.

And what in the square and the streets will drive out hamsters, horses, vkontakte or telegram - there is no difference. Thank God, there are enough messengers.

What do we have at the exit?

1. Absolutely (not surprisingly) incompetent officials who solve issues related to information security. Here and Zharov, here and presidential adviser on Internet issues Klimenko. Possession of LiveInternet is not a reason to broadcast what is, to put it mildly, incompetent. So Klimenko also fell into possession of a torrent tracker. Full set, in short.

2. The fact that Telegram in Russia will work - do not go to Ukraine for an answer. But the question is: what kind of advertising worldwide Durov at the expense of Russia? Messenger affected by the "bloody gebni" - well, what could be better?

If they block in Russia, which, we recall, 174-i from 196-ti in the list of free countries in the information plan, then “we must take”. And they will take. This is an advertisement.

3. Pavel Durov did what Lyosha Navalny could not. On level ground bungle the protest movement, which is only gaining acceleration - this is strong. And the response will be much more powerful, because Navalny had some abstract “evil and thieving officials” who made life worse, but Durov is a bit different.

This state in the person of Roskomnadzor encroaches on the freedom of the younger generations. On "their" Telegram. This is more serious than swindlers and thieves of Navalny. You will see.

Actually, the state this time is just great: to kick the most inert part of the citizens in a very painful way - this is a very delicate plan ...

However, on this point so far everything. Time will tell how wrong we are.

It only remains to add that all these silly games are very expensive. The entire activity of the organization of the RKN only in 2017 was spent over 9 billion rubles. Of which 5,5 - payment providers for blocking.

The worst thing is that even "back to pass" can not. Already nafirchali and boasted to the whole world. And to say that “we did not shmogly” is to admit that the gentlemen from the RKN simply spend their working hours worthlessly and even more stupidly spend public money.

Actually, it is, and nowhere to go from this.

It is a fact that Durov and the Russian fans of his creation will win the Telegram war with a crash. The fact that Russian armless and headless officials once again get into a puddle is a fact.

Most of all, we are interested in where the wind will blow in the heads of Internet creatures before the age of 20.

Ctrl Enter
Noticed oshЫbku Highlight text and press. Ctrl + Enter
We are
What you didn't want to know about EnglandDenis Davydov: In the struggle for Internet sovereignty, Russia won
Military Reviewin Yandex News
Military Reviewin Google News
196 comments
Information
Dear reader, to leave comments on the publication, you must sign in.