To the village, grandfather. Sailors of the Ukrainian Navy wrote an open letter to Poroshenko

April 18 2018
95
A group of officers of the Ukrainian Navy appealed to the President of the country, Petro Poroshenko, with a request to provide them with housing in return for those left in the Crimea, reports the Odessa edition of Dumskaya.


In an open letter to the head of state, they ask him to pay attention to the housing situation of servicemen who left Crimea in 2014 year. The document was signed by 35 people, most of them were senior officers. 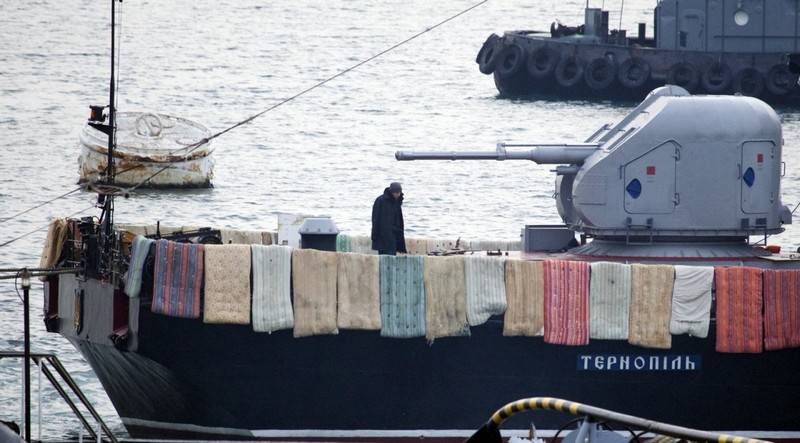 The authors noted that they complied with the instructions of the command and left the peninsula with their families, leaving their property and service housing there. Since then, according to them, the leadership has done nothing to provide military apartments.

The sailors hoped that the leadership would solve their problem and would not push the servicemen back to the Crimea after the transfer to the Crimea and take Russian citizenship to solve the housing problem.

This appeal was commented on by the captain of the first rank in reserve, the chairman of the Sevastopol organization of the Union of Journalists of Russia, Sergey Gorbachev, who said that the request of naval officers caused both a grin and annoyance.

He said that when the Ukrainian Navy was created in the 1992-1992, many people who had transferred there to serve from the ranks of the USSR Armed Forces proceeded "from purely career or mercantile considerations." And after 2014, many of these people tried to return to the Armed Forces of Russia.

The captain noted that the situation with the treatment of sailors causes the Black Sea officers "skepticism, bewilderment and a host of other different feelings."

I have these letters as an officer of the Black Sea fleet in stock they cause a smirk, a grin: what were the guys fighting for? After all, these are senior officers in their mass who had Soviet training, Soviet practice, the Soviet school and education, and service
- shared Gorbachev.

He suggested that this letter will not be the last, and sooner or later the sailors who had previously served in Sevastopol, will begin to "ask for it back," reports RIA News