UVZ will restore the "765 object" - the first serial BMP

April 18 2018
20
The first serial infantry fighting vehicle, ("765 object"), will be restored at Uralvagonzavod, specialists have already begun work on a prototype produced in 1974, reports Rossiyskaya Gazeta. 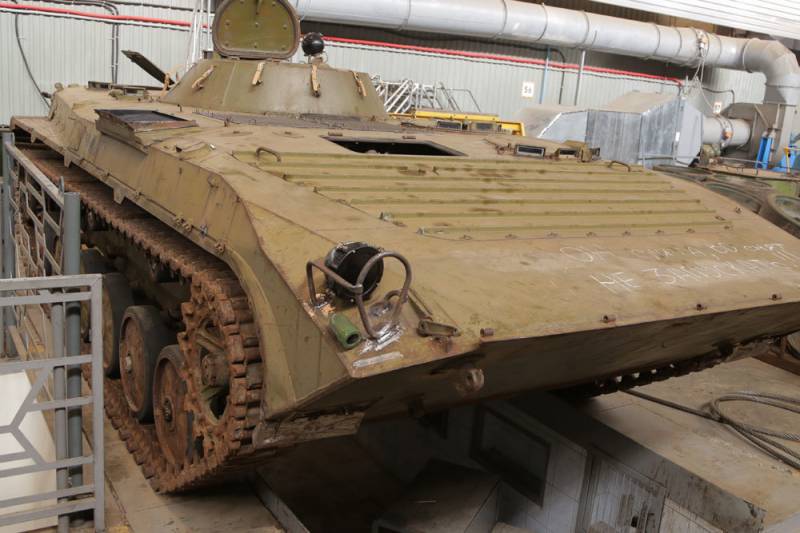 “For many years, the BMP-1 was used at the Chelyabinsk Tractor Plant for various kinds of tests, and in 2013 they decided to transfer it to the UVZ,” the press service of the Nizhny Tagil enterprise said in a release.

It is reported that the car was seriously damaged, besides, as it had developed its resource, it was preparing for recycling.

As described in the press service of the UVZ, "experts in the course of their work study the blueprints so that all the design and production parameters of the machinery are observed."

Restoration is “quite a long and painstaking work,” added the corporation.

To date, the appearance of the undercarriage of the “765 object” has been successfully restored. The car was armed with 73-2 Thunder 28-mm smoothbore gun.