Strong armor and fast radar. Russians know how to defend themselves!

April 19 2018
19
Drop any doubts: the US military experts are experiencing (as in previous years) an increased interest in the military potential of Russia. They are especially interested in the technical characteristics and capabilities of the newest weapons that our country is able to use on the battlefield. Usually, such interest is not publicly advertised, and, moreover, expert evaluations of the extracted military-technical information are not disclosed. And it is clear why: evaluation always speaks not only about WHAT is assessed, but also about who evaluates. In other words, by what the American experts say about our military developments, we can draw some conclusions about the state of the US military itself. 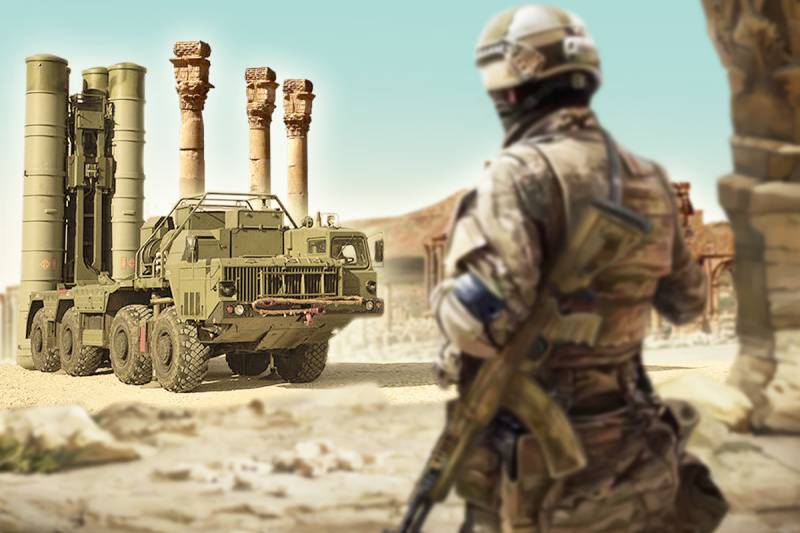 Now let's consider another situation: the media of a potential adversary allows intentional leaks of information about expert assessments of our weapons. How should we relate to this? Especially if in the mentioned publications our military potential is almost extolled ... What is behind such publications? Attempts to influence world public opinion in order to form an image of a powerful and cunning enemy in the face of Russia? Or maybe the task is to disorient our military experts regarding the real capabilities of the American defense industry?

In any case, the above questions should still be asked. Recently, publications have appeared in a number of leading international and American media reporting on the assessments of US military experts regarding the capabilities of the Russian armed forces. We present some of the most recent of these estimates. Moreover, the Russian military, for obvious reasons of secrecy and security, does not seek to inform public opinion in too much detail, say, the details of our military and military-technical presence, say, in Syria.

But the Western media have no such restrictions on this account, of course. In this sense, analytical reviews from open Western sources may be of interest to the general Russian public. We will talk in more detail about one of such “media stuffing” relating to our military presence in Syria. Vbros carried out the British influential news agency Reuters, which recently published a detailed review of the forces and means available to Russia in Syria, as well as comments from military experts.

Our missiles are subject to much. But perhaps not all ...

The details of the Russian missile technology located in Syria are listed and described in great detail in this review. First of all, these are Triumph anti-aircraft missile systems of the ground-to-air C-400 class. They report that an improved missile system was installed on trucks and deployed to protect Hmeimim airbase in the Syrian province of Lattakia and the Russian naval facility on the coast of Tartus. The system has mobility, capable of shooting down military aircraft, rockets and drones. The radar system detects targets at a distance of 600 km. Each truck carries four missiles of various ranges that can track multiple targets simultaneously. And then follows this remark: in accordance with the standards of NATO, C-400 has not yet been combat tests. As for the neutralization of the American Tomahawk cruise missiles, the question of Moscow’s ability to intercept a large swarm of such missiles remains open: It is not known whether Russia has enough interceptor missiles deployed in Syria. Most likely, some, but not all, "Tomahawks" will be shot down. In addition, C-300 systems are also deployed in Syria, an older version of this system.

The Bastion coastal missile defense system, which is believed to be deployed at or near the Tartus naval facility, is an advanced mobile anti-ship land-to-surface missile defense system equipped with two missiles. Russian Defense Minister Sergei Shoigu said that the system can hit sea targets at a distance of 350 km and ground targets at a distance of 450 km. “Russia used this system to deliver a coordinated strike against the rebels in Syria in 2016,” the reader, inexperienced in “rebel terminology,” reports to Reuters. And further makes the assumption that the Syrian army also bought the system “Bastion” from Russia.

The short-range and medium-range anti-aircraft artillery system of artillery (Pantsir-C1 anti-aircraft missile system) is installed on trucks owned by both Russian and Syrian government forces. The system is used to protect the Russian military at Hmeimim airbase and near it, as well as at the Tartus naval facility. "Armor-С1" was used in Syria several times, with the help of it were shot down missiles and drones. Can shoot down cruise missiles.

Russian warships and airplanes are always on the alert

Russia has from 10 to 15 warships and auxiliary vessels deployed in the Mediterranean. Among them are frigates (according to our classification - guard ships) "Admiral Grigorovich" and "Admiral Essen", armed with cruise missiles, as well as submarines. According to a high-ranking Russian politician and satellite imagery, most of the ships left the Russian maritime Tartus facility in order to ensure their own security. These ships took part in military exercises near the Syrian coast to demonstrate force. Russia also deployed an IL-38H anti-submarine aircraft.

Russia has dozens of military aircraft and helicopters at its Hmeymim airbase in the Latakia province of Syria, including fighters, bombers and multi-purpose aircraft. It is reported that for its combat helicopters, it uses another Syrian base. Moscow can mobilize powerful strategic long-range bombers, which start from the territory of Russia itself to carry out the bombings. In addition, Russia previously carried out an attack with cruise missiles from ships based in the Caspian Sea.

It is known that Syria is armed with a variety of Russian-made anti-aircraft systems, including the C-1 anti-aircraft complex and the Buk-М2 anti-aircraft missile system, capable of shooting down cruise missiles, airplanes and unmanned aerial vehicles.

In April last year, the United States attacked the Syrai Shairat air base, firing 59 cruise missiles “Tomahawk” on it (according to the Pentagon, the air base was used to create, store and use chemical weapons). Warned in advance by Washington about a rocket attack, Russia did not attempt to shoot down any of the American missiles that were not aimed at Russian targets. The Russian Ministry of Defense ridiculed the effectiveness of the US strike, saying that only 23 rockets had reached the target. The remaining 36 landed in an unknown location. It was promised that the Syrian air defense will be strengthened.

What does Russia require from the West in the implementation of any similar attacks?

The head of the Russian General Staff, Valery Gerasimov, in March warned the United States against any attack on the government quarter in Damascus, where, he said, Russian military advisers, Russian military police and Russian ceasefire observers are based. Russian military sources told the Kommersant newspaper that a US strike on a Russian airbase or naval facility in Syria would have disastrous consequences.

The former head of the American armed forces in Europe, retired Lieutenant General Ben Hodges, believes that the Russian military would have created a multi-level defense to protect their aircraft and other forces in Syria. Absolutely obvious. That they have the technical ability to repel the attack of the United States.

The Russians always (both during the Second World War and now) were able to defend themselves very well with the help of air defense. The secret of a good air defense is that it is multi-layered. There is not a single attacking system that could destroy all defenses at once. The multi-level defense system, which integrates and connects all the various radars with the control network, is Russian know-how.

A Western military official who wished to remain anonymous said that Russia often advertises its ability to shoot down Tomahawk missiles in order to market its C-400 air defense system. This possibility was probably verified before deploying the system in Syria.

Another unnamed official said that Russia's military presence in the eastern Mediterranean had increased markedly. It can use shipborne radar systems to detect and track any missiles fired across Syria, transmitting information to air defense systems, such as the C-400. According to the expert, this system was developed precisely in order to shoot down Tomahawks, which can be attacked by several missiles simultaneously.

Ctrl Enter
Noticed oshЫbku Highlight text and press. Ctrl + Enter
We are
Situational analysis of the death of the MH17 flight (Malaysian Boeing 777), made on the basis of engineering analysis from 15.08.2014Results of the week. “In our cooperative, the board is always agreed”
Military Reviewin Yandex News
Military Reviewin Google News
19 comments
Information
Dear reader, to leave comments on the publication, you must sign in.