"There was nothing to destroy." Ex-CIA official commented on the attack on Syria

April 18 2018
27
The latest data on the attack by the US and its allies on Syria show that the strike was based on "inaccurate intelligence", and no chemical centers weapons were not destroyed, passes RIA News Statement by former CIA operative officer Phil Giraldi. 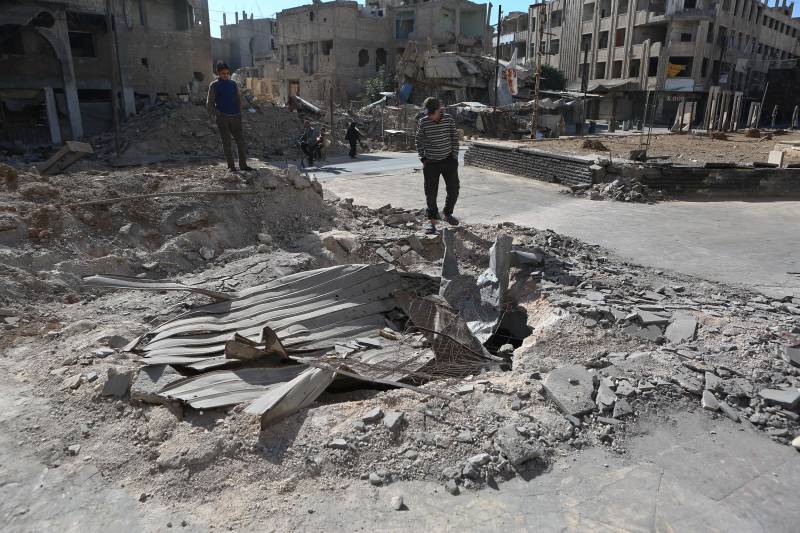 Recall last Saturday the United States, Britain and France launched rocket attacks on Syrian government facilities, which, in their opinion, are used to produce chemical weapons.

According to him, “the time for the attack was chosen so that the experts of the OPCW do not have time to do their work and, possibly, provide a report stating that there is no evidence of the use of gas, which would complicate the punishment.”

Giraldi believes that in the near future there will be no new attacks, “given the ridicule that followed the strike.”

He also noted that Donald Trump's desire to withdraw troops from Syria "is facing serious opposition" in Congress, the army and among allies in the region.

US ground forces are likely to be leaving soon if Trump gets his way. However, it is opposed by Israel and most of the congress, which means that everything can turn out differently, and they (the troops) will remain with the aim of undermining Iranian activity,
concluded Giraldi.

Earlier, the US President said he intends to withdraw American troops from Syria as soon as possible.