Two for two. The contract for the construction of frigates project 11356 for India will be signed in June

April 17 2018
25
The contract for the construction of four frigates of the 11356 project under the "two plus two" scheme between Russia and India is planned to be signed in June of this year, TASS reports, citing a military diplomatic source. 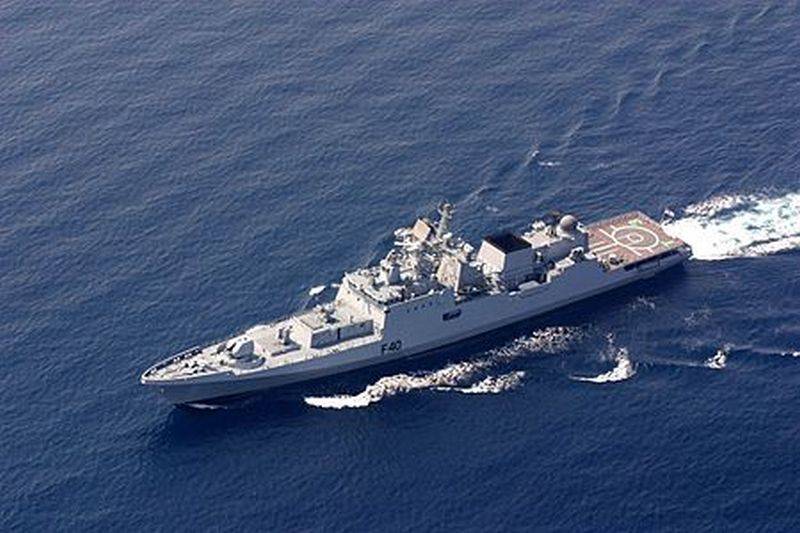 In June, it is expected to sign a package contract with India for the construction of four ships of the 11356 project
- said the agency interlocutor, specifying that the document provides for the construction of frigates under the "two plus two" scheme: two - at the Yantar Baltic Shipbuilding Plant (PSZ), two more - at one of the Indian shipyards.

The source also noted that the hulls of frigates 11356 available at the Yantar Shipyard will not be used to fulfill the contract, "the ships will be completely new." Earlier, for the construction of Indian frigates, it was supposed to use three hulls of ships laid in Kaliningrad for the Black Sea fleet. However, later Viktor Bursuk, deputy head of the Russian Navy, said that these frigates would be completed in the interests of the Russian Navy.

What power plants will be installed on Indian frigates - developed on the Russian Saturn or ordered by India independently from the Ukrainian manufacturer Zorya-Mashproekt, is currently unknown.

In India, frigates can be built at Goa Shipyard Limited (GSL). As part of the Defexpo-2018 exhibition in Chennai, India, the company's promotional materials indicated that "the start of construction of frigates is expected in the middle of 2020 of the year." For the Indian Navy before Russia, six such ships were built (type "Talwar").

Ships of the 11356 project have a displacement of about four thousand tons, their speed reaches 30 nodes, the autonomy of navigation is 30 days.