Or maybe brandy? The British found that Skripale poisoned with liquid

April 17 2018
79
New data appeared in the case of Skripale "poisoning". The press service of the Ministry of the Environment, Food and Agriculture of Great Britain claims that the substance used in the poisoning in Salisbury of the former GRU employee Sergey Skripal and his daughter Yulia was in a liquid state. 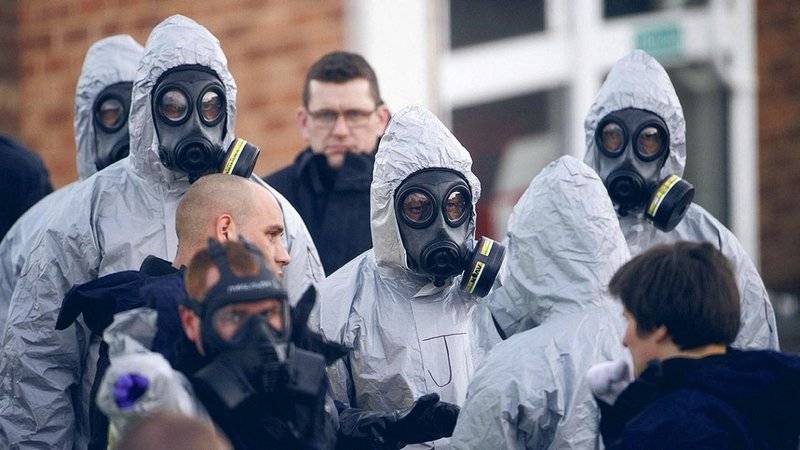 The place of the alleged use of this liquid poisonous substance, according to the department, moved from the bench in the shopping center to the house of Skripale, and the father and daughter got poisoned at the same time. Other details, unfortunately, are not given.

Currently, the British authorities have announced the start of an operation to clear incident-related sites in Salisbury. In total, work is planned in nine places. It is assumed that they will take several months.

And here the question arises: if the shop in the shopping center is not the place of poisoning, as May stated with gas foaming at the mouth, and the gas is no longer gas and not even gel, but liquid, then maybe the Novice is not the Novice, but ...?

Earlier, Russian Foreign Minister Sergei Lavrov said that according to an analysis of the laboratory of the OPCW in the Swiss Spitz, in samples obtained from Skripale, not only the A234 substance “Novice” was discovered, which was declared by Western experts is a paralytic agent BZ, the symptoms of poisoning which correspond to the symptoms of Scripals.

Against this background, a scandal erupted in the continuation of the theme of the British accusations against Russia in the case of Skripale. Recall that in Britain they announced the alleged storage of chemical weapons in the Russian Federation at the Shikhan facility (Saratov region). This accusation was made against the background of the fact that Russia, under the control of the OPCW, had long ago got rid of the chemical weapons. Despite this, the chief editor of the radio station Ekho Moskvy, A. Venediktov, allowed himself to repeat the British fake about the storage of the chemical arsenal near Saratov.

An explanation from Venediktov is waiting for the presidential plenipotentiary of the Russian Federation in the Volga Federal District, Mikhail Babich. He is quoted RIA News:
I read statements by Alexei Venediktov, the editor-in-chief of Ekho Moskvy radio station, about the alleged state order for the storage of chemical weapons in Sheehani, which is specified in the (...) resolution. At first, referring to a certain Saratov website, he spoke in the style of “that’s how much power we have, people fool again!”, And then promised that he would carefully study this document. But time has passed, and we are still waiting for him to make any public statements on this subject (...) The OPCW inspection did not find any traces of chemical weapons at this facility (in Sheehanah) - neither traces of their development, nor traces of production, no storage marks.