Strange Camp Bondsteel Base in Kosovo 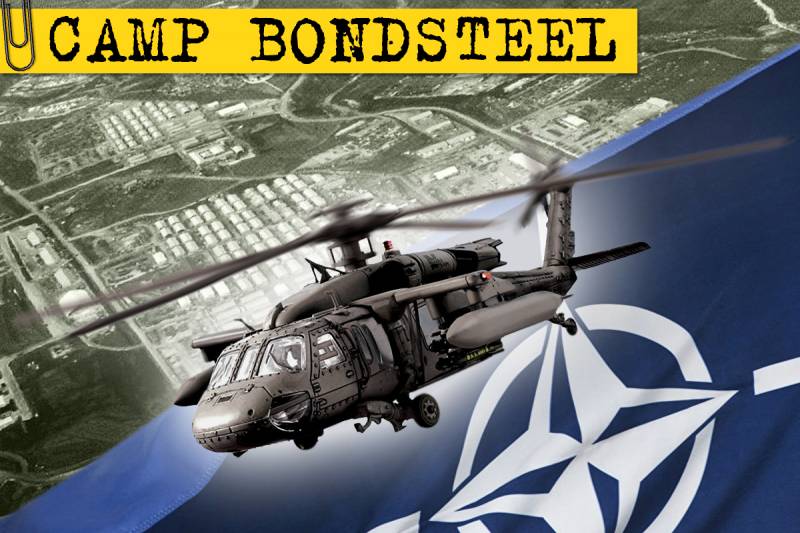 Camp Bondsteel is a really weird base. A large enough, 955 acre (4 sq. Kilometer), with an 7-mile perimeter length. With all the attributes of a modern city. From plumbing and sewage to sports fields, shopping centers and even prisons. Own anti-nuclear bomb shelters in case of a nuclear strike are available. 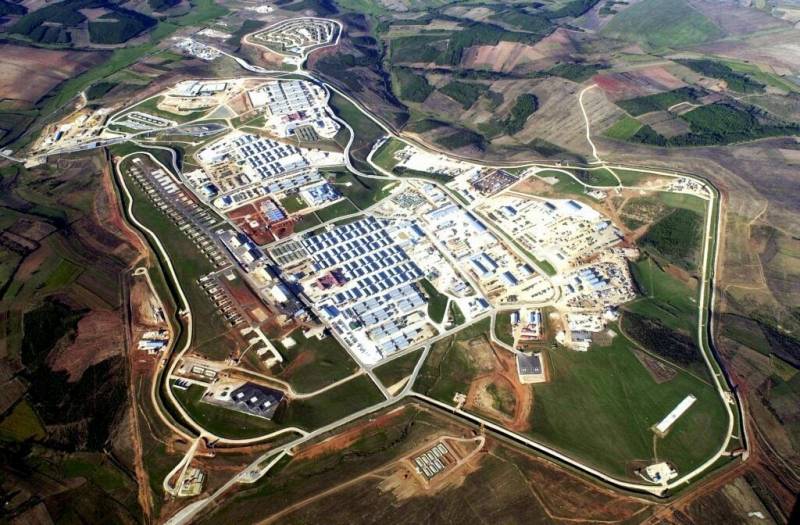 According to US reports, the construction of the base cost taxpayers 8 billions of dollars. Only the hospital "ate" almost $ 40 million. Moreover, the base was built at such a pace that they could be envied. Around the clock, seven days a week, 1700 American military engineers, about a thousand retired US military men, and up to 7000 Albanians built a stronghold of democracy in the Balkans.

However, already then a certain oddity of the selection of workers from among local residents was manifested. Albanians were hired exclusively for the construction of the base. Not a single Serb was allowed into the territory under any circumstances. By the way, this rule is valid today. 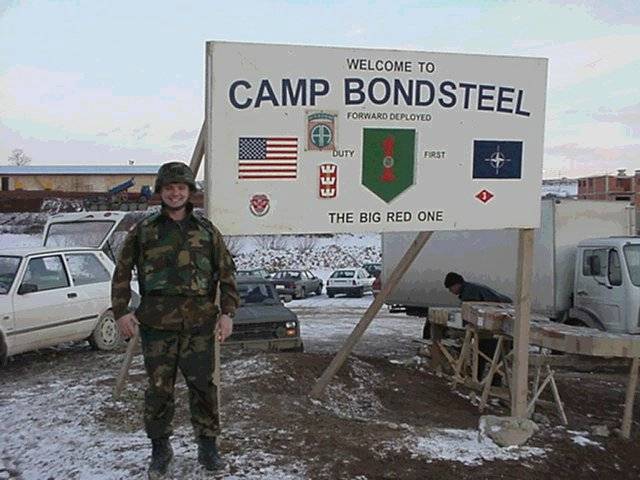 So, according to American recruiters, the base is, if not paradise, then a European resort. And for life at this resort, you will still receive quite substantial money. From 3000 $ per month plus extra charge in 40%. Accordingly, the payment is very dependent on the rank, position and army experience.

Moreover, a soldier at his own request can simultaneously raise his own education in the branches of two American colleges and two universities.

If, God forbid, an American soldier becomes ill or is injured in the service, then a real American hospital is at his service. With excellent equipment, the best in Kosovo. And having your own aviation will provide quick delivery of the patient to any other medical institution in Europe or the United States.

It is also important that the soldiers live in their own room. Modular panel houses for six rooms with running water, telephone, sewage and air conditioning.

I think this is enough to make readers have a desire to serve in such a place. Because of the recruiter is necessary to become a critic. 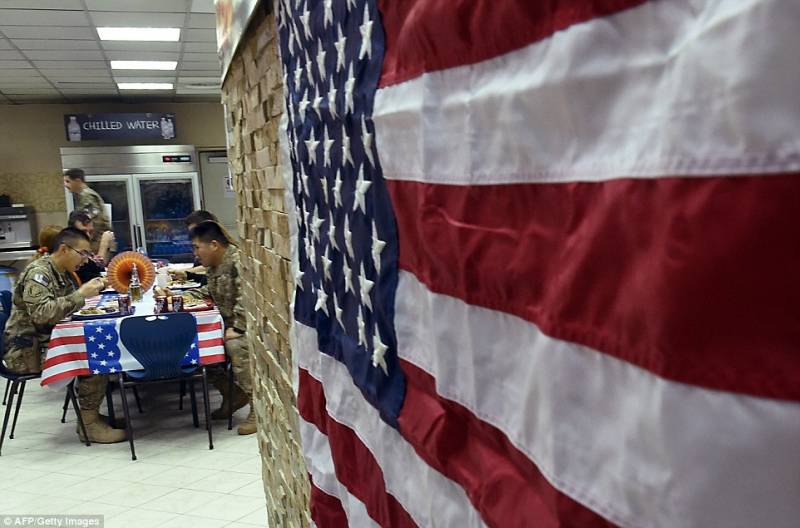 There are some restrictions on the service. First of all, the majority of military personnel never leave the base. Seeing an American in a city is almost impossible. Only senior officers and only for specific cases.

For lovers of "green snake" and any other relaxing means - nothing stronger than non-alcoholic beer at the base is not for sale. No alcohol at all. This is the concern for the soldiers' health.

By the way, the same is true with ... sex! We all still remember "There is no sex in the USSR!" The same can be said about the American base: “There is no sex at Camp Bondsteel”. Violation of the order is followed by huge fines and dismissal from the army.

Naturally, this does not apply to "intercourse" by superiors of subordinates.

However, the prohibition of alcohol and the rejection of sex is practiced in many US military bases. But there is another oddity. Weapon on the territory of the base may be only at the senior commanders. In practice, it looks like this: the gun is only for the commander and his deputies. The remaining weapons are obtained after receiving a special order. 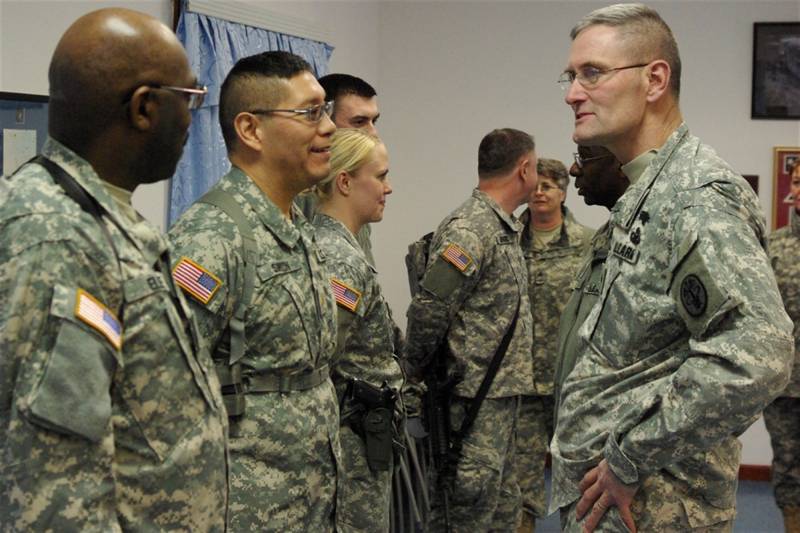 Before entering as at the airport - "scanning" and checking all things. The mobile phone is taken away, but a “visitor” card is issued, it must be worn so that it can be seen. Visitors everywhere, even in the toilet, are escorted by specially detached soldiers, an analogue of our HRT.

An alarm is triggered every day on 14-00. At this moment, all inside the base should move to where the instruction is given, which they receive on the same day in an envelope and have no right to open it before the siren sounds.

An interesting observation. Constant training, which develop the automatic execution of orders. Daily envelopes with new actions in the event of anxiety are developed by the soldiers and employees of the base with the ability not to lose their heads at the time of the attack. Cold head and knowledge of the location of the nearest shelter will allow you to save personnel.

A lot of attention is paid to the military not to miss the house too much. Therefore, in “Bondstyle” you can buy American clothes, guitars, there is even a typical state pizzeria here. There is a souvenir shop where you can buy souvenirs from many countries (but not from Serbia).

I wonder in what cases are these "harsh" ways of camouflage used? The soldier flew somewhere. Aerodrome? And how is it different from hundreds of others? Then he is serving his term of service under the contract and flies away. Naturally, having bought souvenirs for gifts to relatives and friends in the nearest ...

So why did the mean Americans build this base? There is no unequivocal answer to this question, and it cannot be. Although there are a couple of thoughts on a given topic. Any base solves several problems at once. And not only military, but also diplomatic, economic and other. No matter what we say, the presence of such a base changes even the way of life of the local population.

Just for example, remember the famous terrorist IG * Abu Abdullah al-Kosovo. The real name of this person is Lavdrim Muhadjeri. AND история his transformation into a terrorist fighter began precisely at Camp Bondsteel.

In 2010, it was a simple driver who was “lucky” lucky enough to get a job in servicing Camp Bondsteel. Naturally, the opportunity to enter the base quickly attracted the attention of "business people" from among the American soldiers. This is how the "friendship" was born, which allowed Muhajeri to leave for the United States soon.

"Business people," as subsequent events showed, turned out to be not just businesslike, but also "with special powers." A job as a driver for Muhajeri, in our opinion, was nothing more than a good cover. A residence permit in the United States, what else do you need a resident of a ruined country?

But not only the "green card", as it turned out.

In some incomprehensible (for a normal person) way, the future terrorist finds himself in Afghanistan. Moreover, it is there that he joins ISIS *. An interesting career for an “ordinary driver”, isn't it?

Today, according to local residents, military personnel from Ukraine, Slovakia, the Baltic countries and Poland are constantly present at the base. There is information about other "cadets." 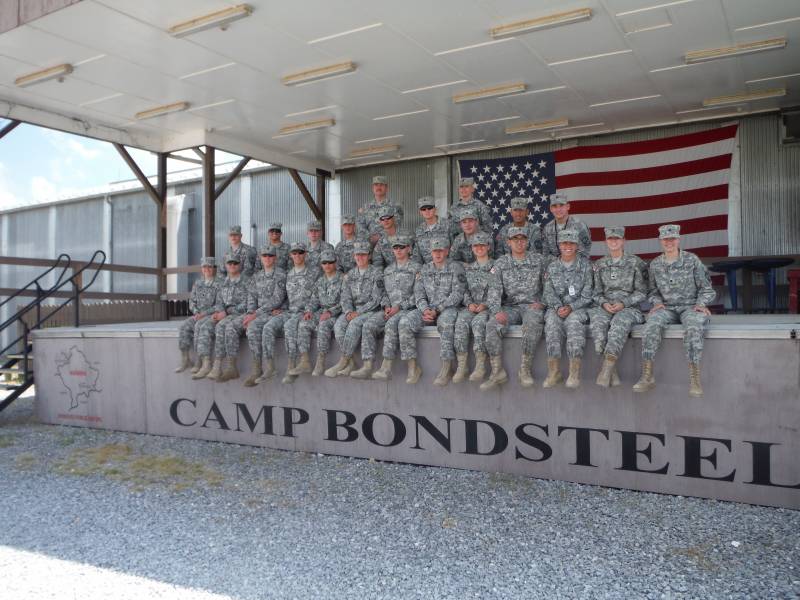 Training Center? Quite, quite ...

Another base function is European Guantanamo. This is not the opinion of the authors of the article. This is the opinion of Alvaro Gil-Robles, one of the Commissioners for Human Rights of the Council of Europe. It was he who revealed this feature of the American military base.

Indeed, the presence of a military airfield, the proximity of the “hot” regions, the possibility of delivering arrested people as soon as possible. In principle, Guantanamo was originally used precisely to hide stolen from Latin America drug lords and revolutionaries.

The fact that after gaining independence, Kosovo fell under complete control of the United States should not be discarded. To put it bluntly, today Kosovo is no more than one big military base.

We somehow forget that one of the goals of the Balkan war was precisely the creation of just such a state. All this talk about the desire of the people and other democratic nonsense - tinsel for the average person. Plans to establish a base in this region existed in the United States long before the start of the war in Yugoslavia.

At one time, the Washington Post leaked information about the causes of Operation Allied Force: "In such a fragile situation in the Middle East, we need bases and the right to fly over the Balkans to protect Caspian oil." Simply put, the Americans created a base to control the oil-bearing areas of the Caspian basin. 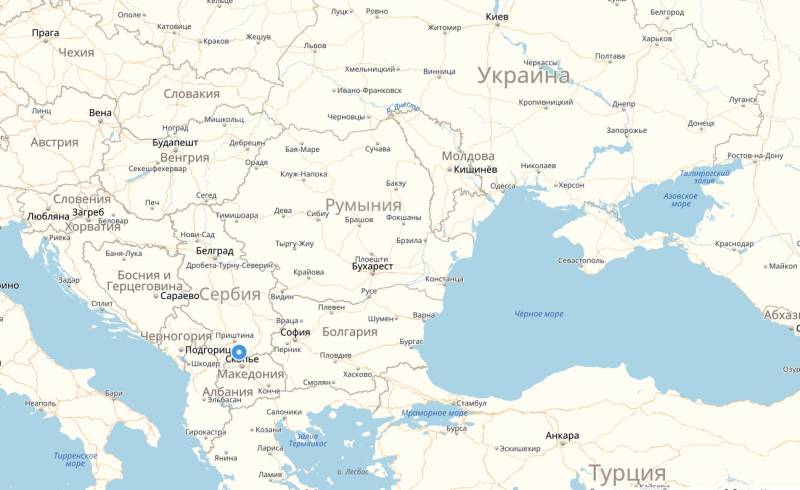 Military airfield, the proximity of US bases provide the ability to quickly respond to changes in the situation by force. And now it becomes clear that the hysterical reaction of the Americans to the appearance of the Russians in Syria and Erdogan’s “vibrating” position.

There is another information leakage channel that helps to understand the tasks of the database.

The American 525-I brigade of reconnaissance and electronic warfare redeployed under Pristina. And in a strange way, the mention of Camp Bondsteel disappeared in the press. Open sources "closed".

Even the Serbian Sputnik, one of the most knowledgeable media in the region, fell silent.

At the same time, in the northern part of the base, where the main military facilities are located, a new department appeared responsible for the "electronic wars". The department is staffed with leading US military intelligence officers who worked in Afghanistan, Iraq, Ukraine, and Syria.

It is in this department that information from Ukraine, the Near and Middle East, the Balkans, the Mediterranean flows. Some experts express the opinion that the UAV, which periodically circling along the boundaries of the LDNR, belong to the 525 th brigade. This means that intelligence is collected for the department described above. "The eyes and ears of the Pentagon" work ...

Today, the US military is talking about roughly 7 000 personnel at Camp Bondsteel. Then a completely natural question arises: how can such a volume of tasks be carried out with such a number? And everything is simple. All is not gold that glitters.

The functioning of any object requires the provision of basic household needs. Food, water, laundry facilities and the like. Simply put, information is obtained in much the same way as the number of people in terms of bread consumption, for example, is determined. Or the load on the sewer.

According to some analysts, in fact, there are thousands of people from 23 to 25 at the American military base. And this, in turn, leads to the understanding that most military facilities at the base are underground.

On the one hand, it seems to be strange. Where can I place such a number of troops? And why is it possible to judge the size by the number of sets in the laundry or sewage meters?

Bomb shelters and the strictest accommodation - that’s the answer.

So what is the main purpose of the existence of a military base in the Balkans?

Perhaps this is "only" the USC of the American Army in Eastern Europe. Or rather, the NATO CAT. Too smart place for a focal point. But what we have written above is also completely within the overall picture of a multi-functional military base.

Although there is another thought that we will voice in the next article.

Ctrl Enter
Noticed oshЫbku Highlight text and press. Ctrl + Enter
We are
"Refugees" in a hurry to go home? New turn of a migratory situation in EuropeActivization of extremists in the Balkans: Kosovo alone is not enough
Military Reviewin Yandex News
Military Reviewin Google News
27 comments
Information
Dear reader, to leave comments on the publication, you must sign in.