The final meeting of the state commission on the AL-41F-1 turbojet engine ended with a solemn presentation of the certificate of completion of the state bench test of the test engine to the “UEC-Ufa Engine-Building Production Association”
- TASS reports the press service of the corporation. 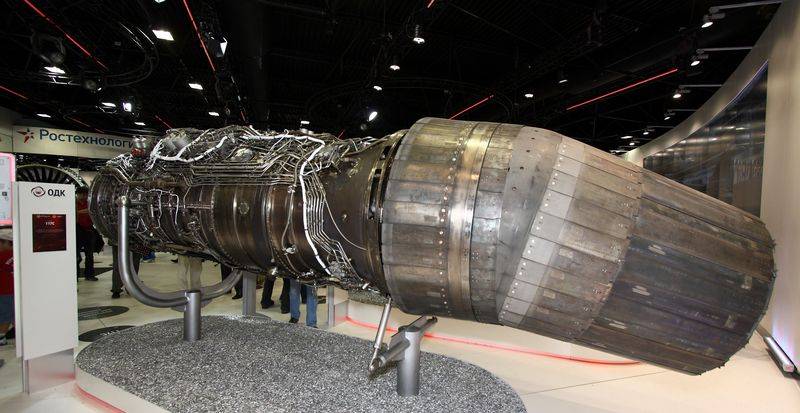 They reported that with the end of the bench tests completed 14-year experimental development work. The AL-41F-1 performs the function of a first-stage engine for a fifth-generation fighter.

The Su-57 fighter program (PAK FA) provides for the creation of the first production models with the first-stage AL-41F-1 engine. From the engine for the Su-35С (product 117С) it is distinguished by an increased thrust force, a complex automation system, a fully digital control system, a new turbine, and improved flow characteristics.

Recall, 6 January 2018, the tenth prototype of the fifth-generation fighter Su-57 (PAK FA) began flight tests, until that time, nine PAK FA samples with the "first stage" engine participated in the tests. December 5 2017, the first flight of the newest fighter with an engine 2-th stage, reports "The View"

Ctrl Enter
Noticed oshЫbku Highlight text and press. Ctrl + Enter
We are
Tests of the new engine for the PAK FA will begin in 2014 year
Military Reviewin Yandex News
Military Reviewin Google News
98 comments
Information
Dear reader, to leave comments on the publication, you must sign in.