April 17 2018
31
The American company Huntington Ingalls Industries has announced that its shipbuilding division Newport News has completed the deactivation of the aircraft carrier USS "Enterprise" (CVN 65), reports "korabli.eu" with reference to the press service of the company 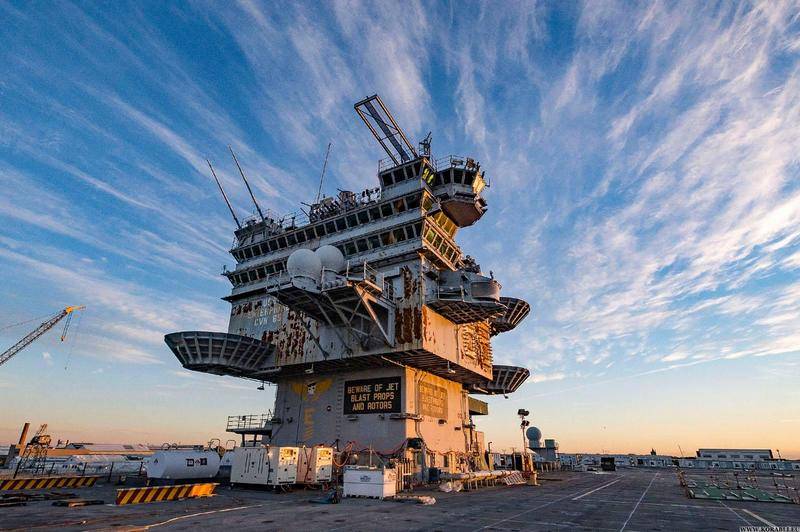 As part of the complex process that was launched in 2013, more than 1000 shipbuilders unloaded eight nuclear reactors of an aircraft carrier, deactivated its propulsion systems, and also prepared the hull for the last tow.

The shipyard’s deactivation works on the aircraft carrier were completed back in December last year, although the certification of documents was completed recently.

It is noted that the aircraft carrier will still be located in Newport News, where it will be prepared for storage in the Hampton Rhodes area (at the mouth of the Chesapeake Bay) until the US Navy determines the disposal plan.

Recall that the aircraft carrier was commissioned on 25 on November 1961, and on February 03 on 2017, the first stories American fleet decommissioning ceremony of an atomic aircraft carrier.