Imprisonment and fine. In Yakutia, convicted of the crash of military IL-18

April 17 2018
29
In Yakutia, citizen Akhmetov was sentenced to 4,5 years of imprisonment and a fine in favor of the Ministry of Defense, who was guilty of the crash of the Il-18 military transport aircraft, reports RIA News. 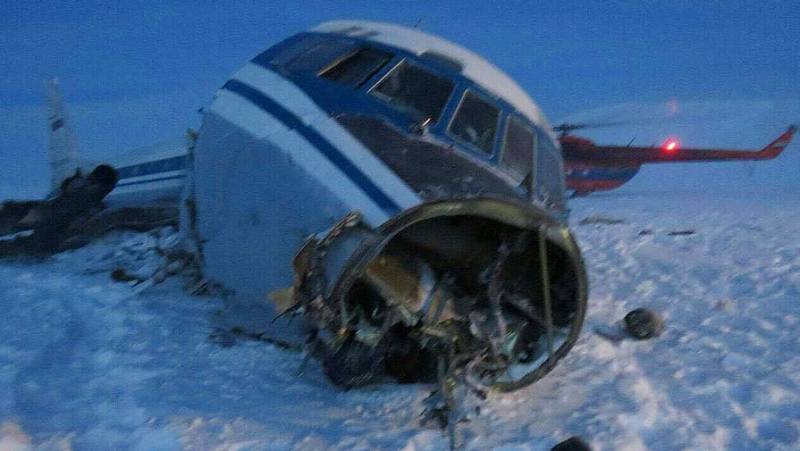 According to the verdict of the garrison court, “19 of December 2016 of the year, the accused - the head of the Tiksi airfield flights officer Akhmedov - instructed the IL-18 aircraft to descend below the established safe flight altitude”, as a result of which the military aircraft “crashed and crashed”.

The collapse caused the death of one officer. Another 37 military personnel received injuries of varying severity.

Ctrl Enter
Noticed oshЫbku Highlight text and press. Ctrl + Enter
We are
20 years for two and minus epaulets. Verdict against officers for frauds with prodpikeCorruption of big stars
Military Reviewin Yandex News
Military Reviewin Google News
29 comments
Information
Dear reader, to leave comments on the publication, you must sign in.