Journalists of the USA and Britain in Eastern Gute: Himataka CAA in the Duma - fake

April 17 2018
50
The first American film crew from the information and analytical channel, which turned out to be in Eastern Gut after accusing it of allegedly using chemical weapons by Bashar Assad, were journalists One America News Network (First American news network). American journalists conducted surveys of the local population in different quarters of the suburbs of Damascus, including the Duma. Local residents in an interview with reporters from the United States were perplexed about what kind of chemical attack on the part of government forces in question.


Pierce Sharp talked live with residents of Eastern Guta. From his material (translation RIA News):
I talked with about ten residents of the district, which is located in the quarter where the attack was allegedly made. None of the people with whom I spoke, said that he had seen or heard something about a chemical attack. They said that on that day everything was as usual in the area, and they did not notice anything unusual.

According to Sharp, even before 50, local residents were interviewed in other quarters of Eastern Guta. They also did not confirm himatak data from the CAA. 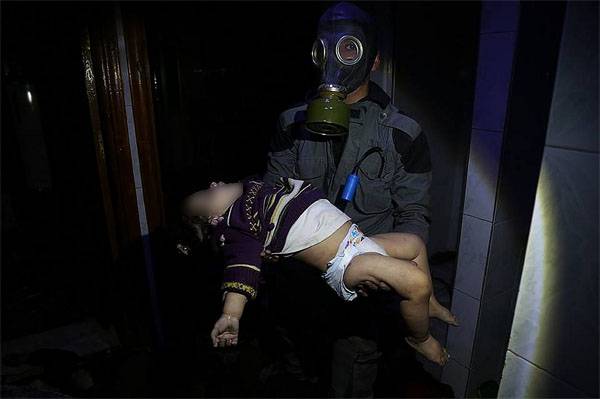 Also, a journalist from the United States talks about visiting a local clinic, in which doctors also denied the statements of the White Helmets that allegedly helped the hospital with poisoned chlorine. The doctor notes that "White Helmets" themselves "brought the injured to the clinic and immediately started watering everyone and taking pictures, which discouraged everyone who was in the medical institution."

The fake news of himatak in the Duma is already being spoken about in Britain. Journalist from the newspaper The Independent, located in Eastern Gute, notes that there was no himata from the CAA in the suburbs of Damascus. He conducted his own journalistic investigation.

And what will the officials in London and Washington say to this? Trump will again announce that he was "set up by advisors" and will be preparing a new strike? ..
Ctrl Enter
Noticed oshЫbku Highlight text and press. Ctrl + Enter
We are
Military Reviewin Yandex News
Military Reviewin Google News
50 comments
Information
Dear reader, to leave comments on the publication, you must sign in.