The Stalin Primer and the Future of Russia

April 17 2018
104
Eastern wisdom says: "If you want to conquer a nation, bring up its children." Having brought up the children of your enemy, you deprive him of his heirs and successors. Children of the enemy will practice other values ​​and worship other ideals than their parents. They will no longer defend the values ​​and ideals of their parents, which have become something alien. It’s not for nothing that they say: “The mother is not the one that gave birth, but the one that raised”. This has gone since the times when, seizing settlements, as a rule, they killed men and captured women, and children took and made of them soldiers who later fought against their own people. Thus, the Mamelukes in medieval Egypt recruited slaves from their children, who looked like indigenous people, but were brought up in a foreign religion for use against their fellow tribesmen as spies or saboteurs.


The most important thing for a beginner to comprehend the world of a child is proper education. The very word “education” contains the meaning of fixing certain images and concepts. 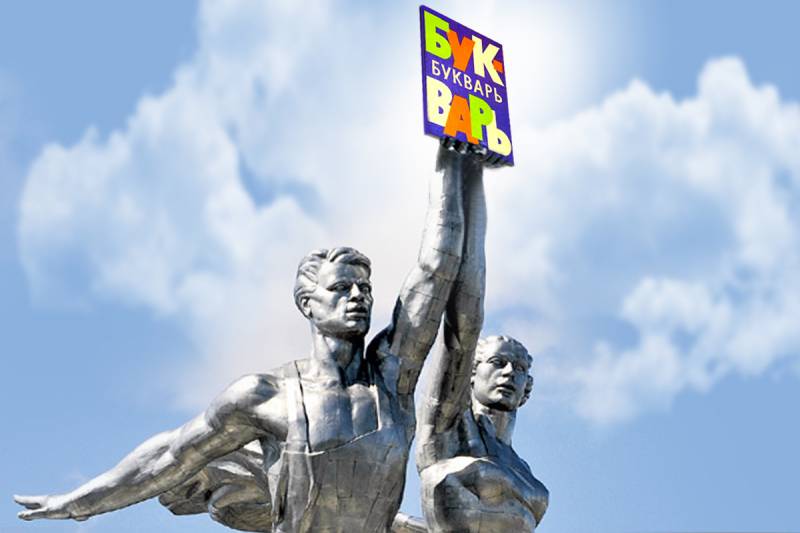 The Russian language is quite difficult to learn because of one of its features: the same words are written and read differently. Before 1985, the school program was based on the visual-logical presentation of the material. From the first grade, students saw and memorized letters, trained using special patterns and only then learned how to write dictations. The essence of this method was that the students first learned to graphically depict what they saw with their own eyes. The students logically perceived the rules of the Russian language, as they had previously formed visual skills.

But in 80-s, the learning process has undergone changes, and the new program is being introduced in all schools. Phoneme is becoming the dominant form of learning the native language. This is a method in which you want to distinguish the sounds of spoken words by ear. That is, students were first introduced to the concept of sound, and then with the letters themselves. As a result, in dictations and writings the words were written as the students heard them: "Kaza", "Karova" etc. In kindergartens special watches were devoted to the development of phonemic hearing in children, they were taught to analyze the sound composition of words, to distinguish phonemes. Children impose a sound image of the word, while its graphic image no longer plays a primary role.

To say that this is all - someone's malice is to say nothing. The modern education system has lost a lot in comparison with the Soviet period. The Soviet education system was superior to similar education systems in foreign countries in the breadth of the subject spectrum and the depth of study of subjects.

And what have we come to now and why are there so many illiterate around? 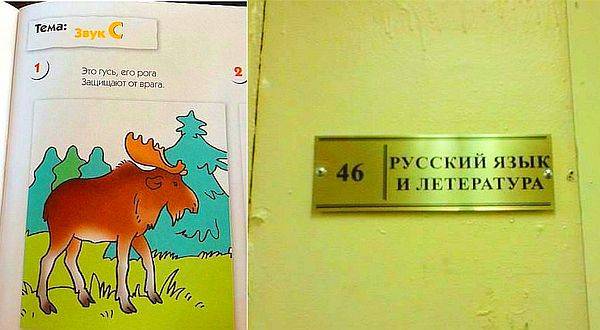 This is from tutorials! 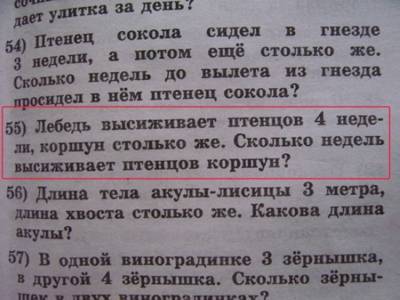 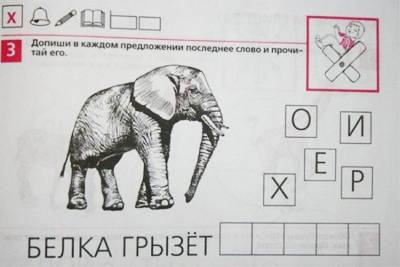 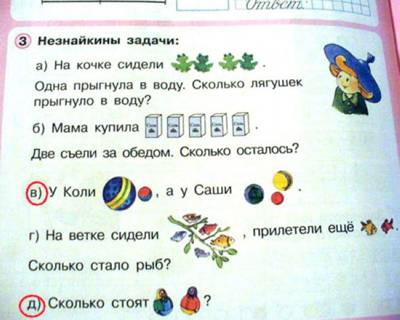 It only seems funny if it were not so sad.

Moreover, the amateurish attitude of the responsible persons in our Ministry of Education and the rash decisions they make are not encouraging.

Few understand that under the shell of the reforms the entire post-Soviet period is a purposeful, overseas-driven total destruction of national education. The destruction process was started by the foundations of Soros, MacArthur, Freedom House, and so on. Many of them have already been expelled from Russia, but the structures generated by them have remained and continue to operate.

For some reason, the schools introduced the lessons of the foundations of religious cultures, taking away the clocks from the subject, introducing classes in chess, wrestling, etc. If you want to add something, then enter optional. Whoever wants, he will attend it, but there is no need to bring these classes into the compulsory school curriculum. It seems that parents don’t understand that all this is going to the detriment of their children’s getting knowledge in basic educational subjects.

Strange, but almost no one this situation raises questions.

The publication of textbooks is commercialized and turned into a very profitable business. Major publishers have absorbed smaller and monopolized. Moreover, the constant demand for educational literature brings them a stable income with high yield. Thus, the average price for educational literature on one subject in one academic year is 500 rubles. Only in elementary school textbooks are needed for 7 subjects, and in high school they are much more. You can calculate for yourself how many millions of students are in the country and how much money is spinning in this business. But the quantity here does not turn into quality.

Enthusiasts of the older generation, who are not indifferent to the extinction of education in our country, are making desperate attempts to regain their lost knowledge and revive the Soviet education system in its best features.

At the beginning of 2017, the project of Dmitry Frontov “Stalin Primer” started on the Internet. This is the work on the reprint of the "Primer" 1952, the famous Soviet teacher A. I. Voskresenskaya and the "Prescriptions" of 1948, for practicing penmanship. The primer of the Resurrection 1944 year of release at one time sustained the 20 editions. Our grandparents studied it, moving Soviet science forward in the 70-80 years of the 20th century. 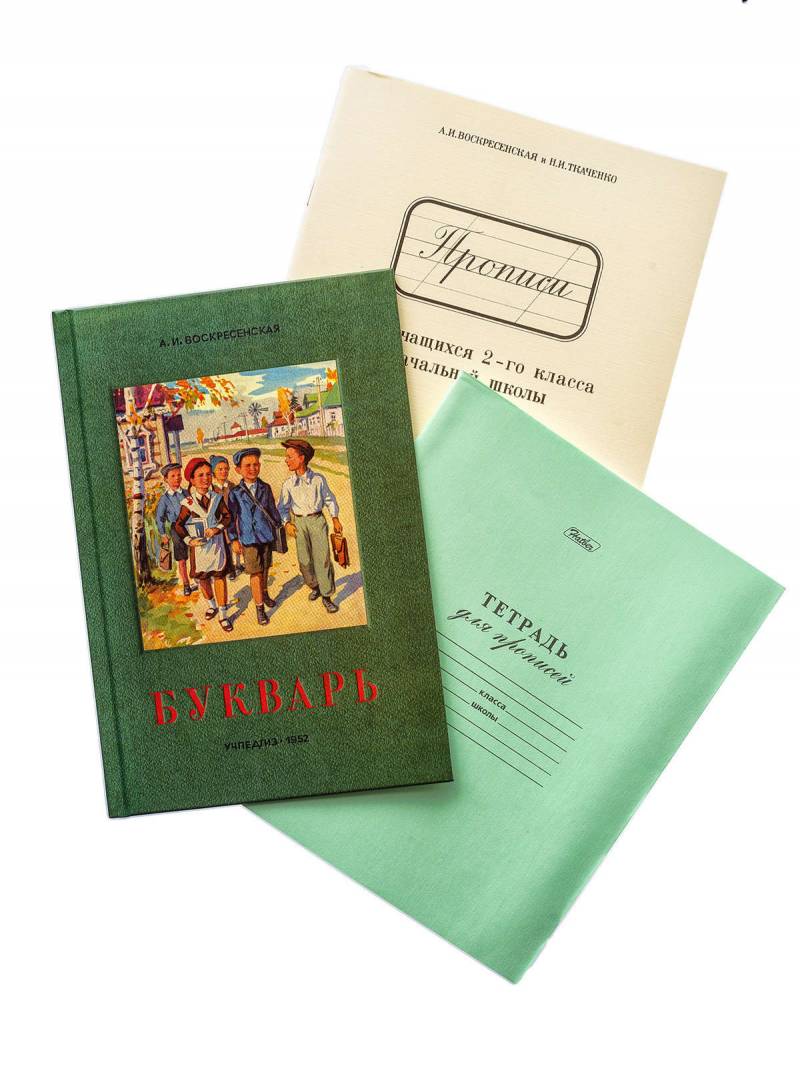 Writes the project author:
“With the birth of my daughter in January of this year, I began to think, among other things, about how she would study in the future, with what textbooks and programs. As a result, I came to the conclusion that since I finished school myself, a lot has changed, and not for the better. The last straw was the study of the article "How has the first-grader's main book changed over 50 years?».

Of the originally claimed by the author required to reissue 160 000 rubles, an impressive amount of 420 280 rubles (from 714 sponsors) was collected as a result.

Before starting work, Dmitry conducted a survey on the need to adapt 1952's "Primer" to modern realities when reissuing and the need to remove portraits of Stalin, Lenin, Molotov, as well as references to pioneers and collective farms. As a result, about 70% of surveyed participants were in favor of preserving the original content.

The purpose of the original project was to provide educational material to conscious parents, dissatisfied with the quality of modern primers. Also, in agreement with the management of institutions, published textbooks can be supplied to schools or pre-school studios.

It is noteworthy that part of the textbooks were donated to the poor, who left their applications on the site, as well as to complete and send a batch of educational materials to orphanages, some schools of the Russian Federation, as well as to the Donbass and Abkhazia. The next goal of the project is the revival of the classic Soviet textbooks 1940-1950-s.

Historian and teacher, member of the advisory board of the State Duma Committee on Security Yevgeny Spitsyn recently published his four-volume “Full Course stories Russia ”, which the media often refers to as“ national textbook ”. Spitsyn himself explains that the first edition was published on popular funds collected on social networks. As a result, the author had to reformat the textbook into a manual for history teachers, because he was not allowed to take part in an open competition to create a basic history textbook on ICS - the historical and cultural standard. As a result of this event, all the same publishing houses and groups of authors, known to more than one generation of schoolchildren, won. Textbook Spitsyn received positive ratings from Nikolai Burlyaev, Gennady Zyuganov, Sergey Mironov, former Chief of the General Staff of the USSR, Army General and historian Vladimir Lobov and many other famous people.

Evgeni Spitsyn:
“The trouble with current textbooks is that they do not correctly ask questions. They don’t even bring up some ideological Westerners, but simply pacifiers who do not know and do not understand history. When you do not know what was happening with your country, it is easy to shove into your mind any installations, to manipulate you. ”

I draw public attention to what and by what textbooks our children are taught and why we end up with an illiterate consumer society. These are our children. We will entrust them with the future of the country!

Ctrl Enter
Noticed oshЫbku Highlight text and press. Ctrl + Enter
We are
About Stalin and KhrushchevWhat you didn't want to know about England
Military Reviewin Yandex News
Military Reviewin Google News
104 comments
Information
Dear reader, to leave comments on the publication, you must sign in.