In anticipation of new strikes of the West

April 17 2018
34
Donald Trump declared a missile attack on Syria as an example of a brilliant military operation. 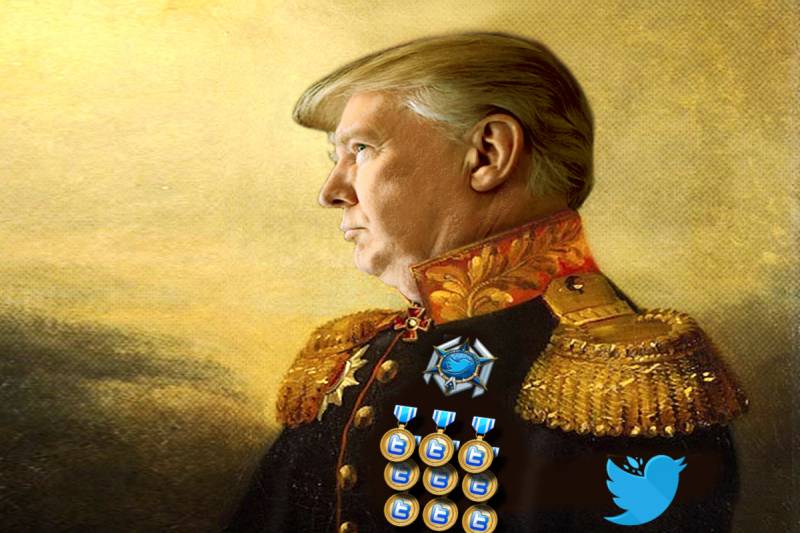 “The Syrian operation was carried out so perfectly, with such precision that fake news could discredit it in only one way - to use my expression “mission complete”. I knew they would grab it, but it was such a wonderful military term that it should be applied again. Use often, ”Trump wrote in his microblog on Twitter.

Recall that the word “mission completed” was uttered by Bush Jr. in 2003 (during the war in Iraq), after which he was constantly remembered until the end of his presidency. She became a kind of meme, and in the mouth of Trump immediately caused an association with Iraqi "successes."

Earlier, Donald Trump said that the United States and its allies achieved their goals when striking Syria.

However, we must admit that the US military really achieved their goals and carried out the operation brilliantly. Obviously, for them the main task was to launch missiles in such a way as to minimize casualties and, God forbid, hook objects into which the Russians would be located so as not to provoke a retaliatory strike in any way. And they coped with this task as “excellent”: Russia, Iran, and Syria have no losses. The destruction is also minimal.

That is, it is reasonable to say that the US military with filigree precision passed along the blade of a knife.

The answer to the question of why they even had to solve such strange and risky tasks is obvious: this is how Trump solved his reputational problems. And, unlike the military, he solved them far from brilliantly.

However, the French leader found himself in an even more stupid position, praising the actions of the French military during the attack on Syria, in which, according to the data of objective control of the Russian Defense Ministry, they did not participate at all. Is it any wonder that this kind of blundering causes bewilderment and frank ridicule.

Trying to somehow justify their actions, Macron did not think of anything better than to declare that the strikes on Syria brought a considerable geopolitical victory to the western bloc. As complicated relations between Ankara, which "supported the blow", and Moscow. Thus, Trump demonstrated to the whole world his complete incompetence in matters of the Middle East. It is well known that relations between Moscow and Ankara to the authorities operating in Syria are opposite, which, however, does not prevent them from interacting on a number of issues, and Erdogan called Putin “my dear friend”. And the current rocket attack did not add anything to it or reduce it.

The Western bloc suffered even greater reputational losses due to the fact that the incident showed the high effectiveness of Syria’s air defense against “good and smart missiles.” Today, American experts vied with each other to argue that not only second-generation Soviet systems, but also more modern Russian models, participated in repelling the attack. Or, at least, the old SAMs and radar stations have been upgraded to a more advanced level.

It is quite possible that this was the case, however, and in this case, the superiority of domestic air defense systems is obvious, and the statements of experts look like waving their fists after a fight and attempts to justify themselves.

In other words, the topic of exemplary punishment of Russia (and of Iran, and even Syria) clearly remained undisclosed. Moreover, judging by the comments of the Western press, the blow struck further strengthened the position of our country, including politically and psychologically.

What steps in the light of this should be expected from the western bloc?

One of the indications of a possible development of the situation is the fact that Jordan and the United States began joint military exercises, in which all branches of the military and special forces will take part.

The most important goal of this event, in which thousands of Americans will participate with the Jordanian military 3,5, will be responding to an attack using a chemical weapons. 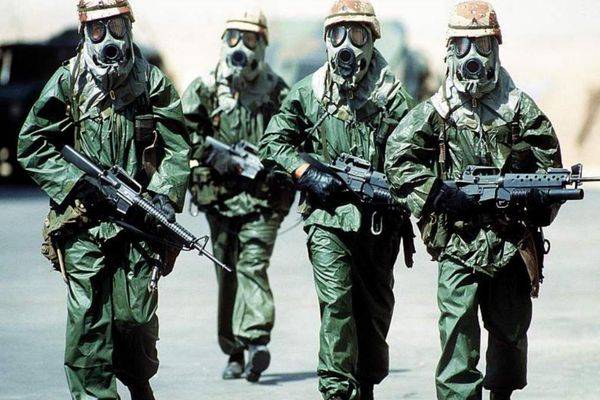 That, according to the head of the training department of the US Central Command, John Mota, "is a pressing challenge in the region."

It is clear that Americans know better than anyone else that Assad does not have any chemical weapons, and, accordingly, the urgency of this “challenge in the region”, to put it mildly, is greatly exaggerated.

Recall also that the day after the shelling, State Department spokesman Heather Nauert announced that a return to dialogue in the Geneva format is possible only by declaring “the stockpiles of chemical weapons held by the Syrian government.”

And Teresa May 16 of April said that "it is extremely likely that Damascus will repeat the chemical attacks."

All of this suggests that, despite the revelation of provocation in the Duma and the actual failure of the “retaliation strike” turned into an unconvincing farce, the West makes it clear that it intends to continue to pedal the “chemical” theme and threaten Damascus and Russia with new attacks. Mikhail Gorbachev joined the informational training, shortly after it became clear that the blow was struck in “nowhere”, that the rocket attack was “training” (before “starting to start shooting for real”).

Although it is clear that if the Americans and their allies could really hit, they would have done so. But they were not given such an opportunity, and they are extremely unlikely to be given in the future.

This, in particular, is indicated by the alarm that swept Tel Aviv after Sergei Rudskoy, Chief of the Main Operations Directorate of the General Staff of the Russian Armed Forces, said that Russia could return to considering the possibility of selling C-300 to Damascus.

The El País publication reports that the Israeli armed forces fear that the transfer of more modern air defense systems to Syria could protect Damascus from “future retaliatory measures”, and also put the Israeli air force’s “freedom of action” in jeopardy not only in Syria, but also in Lebanon. .

That is, Israel de facto recognizes that the possibility of "retaliation" in Syria can be practically reduced to zero, even without Russia's direct participation in the protection of the Middle East sky.

However, as we see, the West is trying to continue its line of threats and blackmail with new provocations. However, it cannot be ruled out that the continuation of the unwinding of the “chemical” topic that has already been discredited is not a sign of the rigidity of the West, but an attempt to divert attention from the places of a new blow to the interests of our country. Which is likely to be inflicted not by force of arms.

Ctrl Enter
Noticed oshЫbku Highlight text and press. Ctrl + Enter
We are
Situational analysis of the death of the MH17 flight (Malaysian Boeing 777), made on the basis of engineering analysis from 15.08.2014Syria: Americans scare themselves, and Asma Asad buys chairs
Military Reviewin Yandex News
Military Reviewin Google News
34 comments
Information
Dear reader, to leave comments on the publication, you must sign in.