So because of what the shopping center "Winter Cherry" caught fire. Media reports on the outcome of the investigation

April 16 2018
104
The newspaper "Kommersant" comes out with a material in which it is stated about the established cause of the fire in the Kemerovo shopping and entertainment center "Winter Cherry". At the same time, the publication refers to sources at the fire examination research center of the St. Petersburg University of the State Fire Service EMERCOM of Russia. Specialists of this particular center were engaged in the examination in the shopping center "Winter Cherry".


Kommersant citing a source reports that a short circuit caused by a leaking roof led to a fire. Melt water was inside the building, while the circuit breakers installed precisely for protection against short circuit and overload in the network did not work. For whatever reason, the operation did not occur, not reported. 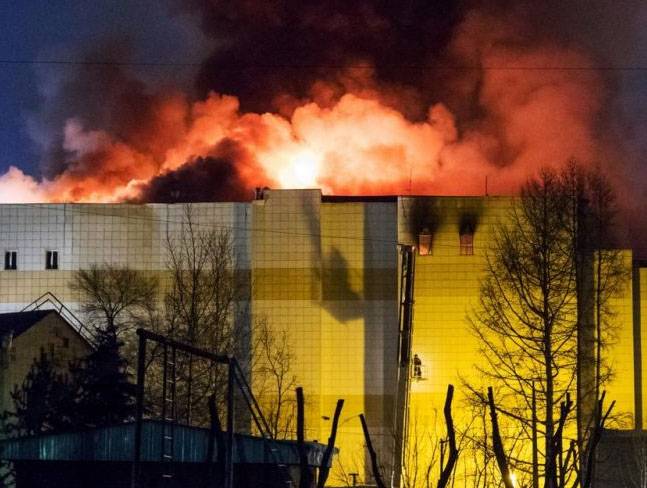 After the short circuit occurred, a plastic chandelier caught fire on a children's “dry pool” with foam cubes. The spread of fire could have been avoided if the staff immediately turned off the ventilation, as instructed in such cases. However, the ventilation was not turned off, and the air entering the building fanned out the fire. Within a few minutes, the rooms on the 4 floor were shrouded in acrid smoke and spreading fire. At the same time, the fire alarm system worked, but the burning area was not flooded with water, as the previously frozen water supply was blocked.

Recall that the terrible tragedy in the city of Kemerovo claimed 64 life.

Ctrl Enter
Noticed oshЫbku Highlight text and press. Ctrl + Enter
We are
Day of fire protection. How the fire brigade of Russia was created and strengthened
Military Reviewin Yandex News
Military Reviewin Google News
104 comments
Information
Dear reader, to leave comments on the publication, you must sign in.