Avakov in the USA: The whole world should learn from us to resist the aggression of Russia

April 16 2018
35
The head of the Ministry of Internal Affairs of Ukraine, Arsen Avakov, who began his working visit to the United States of America, said that the trip will help to structure and reform the systems of the Ukrainian Ministry of Internal Affairs. Despite the fact that Avakov, by definition, is obliged to be responsible for internal affairs, he has not done without traditional statements about “Russian aggression”.


According to the head of the Ministry of Internal Affairs of Ukraine, “the whole world should learn” from Ukraine how to resist the Russian Federation.

From the statement of the Ukrainian billionaire minister:
The key (question) is opposition to the Russian hybrid war. We are ready to learn from the experience of many advanced countries, but in the matter of countering Russia’s hybrid war, the whole world should learn from us. 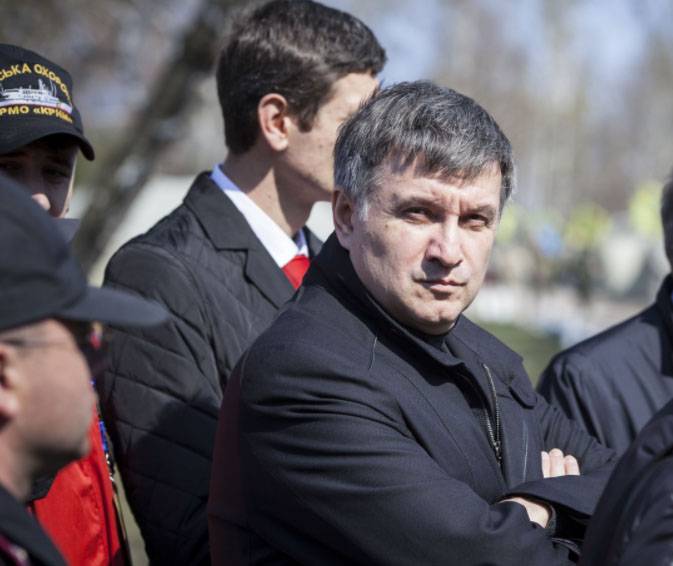 Avakov said that the Ministry of Internal Affairs of Ukraine, together with the FBI, will work on a program to combat organized crime, including (attention!) "From Russia." The Ukrainian reality is such that one of the leaders of the Ukrainian organized crime declares its readiness to fight this crime.

Avakov also added that Kiev takes into account Skripale’s poisoning in Salisbury and chemical attacks in Eastern Gute and will draw conclusions. Will it also strike cruise missiles at the hangars near Damascus? ..