Satanic dance of lies and "Tomahawks"

April 18 2018
35
What is more dangerous: a lie or weapon? Of course, the weapon: it kills really. Of course, a lie: it can kill more people. Both are equally dangerous, and a lie is also a weapon. All three answers will be correct.


In the attack of the United States, Britain and France against Syria, concentrated lies and cruise missiles acted together, demonstrating their satanic dance. Yes, it can be said that he did not cause significant damage to the Syrian army. Yes, Syria succeeded in minimizing human losses with the help of old, still Soviet air defense systems (three or six wounded civilians were mentioned in different sources). But a lie ... An incredible lie, which, according to the teachings of Dr. Goebbels, the more monstrous, the easier it will be believed in ... She continues her “dance” after “Tomahawks” have finished. And it can lead to even more terrible consequences. 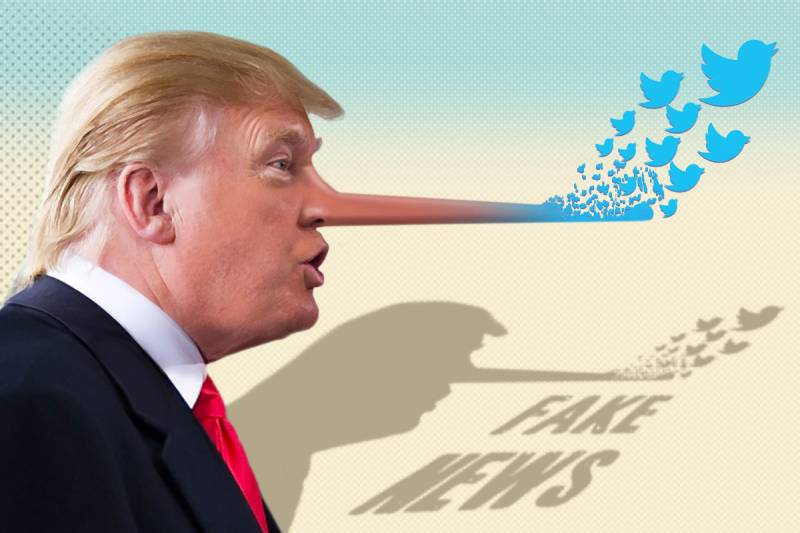 You can joke and mock the aggressors who bombed the old Research Center in the Barzah quarter of Damascus. This Center had previously bombed Israel, and perhaps it was then abandoned. One can rejoice at the fact that, according to the General Staff of Russia, most of the “smart” and “good” tramp rockets were shot down by old weapons that are armed with the Syrian army. You can put forward various theories about the "contract", etc.

But most importantly, the act of aggression from this does not cease to be a war crime deserving the strongest condemnation. Moreover, the perpetrators of this aggression, according to all conceivable and inconceivable laws, should have been punished. But there are no mechanisms for this in the current world system. Therefore, they are not in prison, but on the air. And for a long time they will lie to all of us about what is happening in Syria and about their “noble” mission, which is supposedly aimed at protecting civilians.

And if you imagine that the chemical weapons that Washington, London, Paris, and their “little mongrels” talked about, really were in the buildings that were bombed? Yes, at least - in the same research center in Barz? Around the object is a densely populated area. If there were poisonous substances there, then the crime of the aggressors would have been much larger - they would have poisoned the entire quarter. And this is the protection of civilians? As a result, the residents of the area were saved only by the fact that there were no chemical weapons there.

Unfortunately, the most important result of what happened is the very fact that a lie triumphed, which led to an act of violence against a sovereign state. The precedent is not the first: earlier on a thick lie were attacked attacks on Yugoslavia, Iraq, Libya. But in the Syrian war, the predators made a very important step: they moved from threats and blackmail to real criminal actions.

"Overton's Window" in action. At first, Washington, along with the so-called antiterrorist coalition, argued that the invasion of Syria was not directed against its army and leadership (despite the fact that the United States had come out from the very beginning of the conflict). Allegedly, this is exclusively a struggle against ISIS (a terrorist organization banned in Russia). Under this cover, the forces of the “coalition” destroyed the infrastructure of Syria, built their base in Al-Tanfah and training camps for the “moderate opposition” and did other dark deeds. With one hand they “fought” against ISIS, with the other they rescued its militants from seemingly inevitable influence. But all this was going on under the guise of "fighting terrorism", and the "coalition" did not enter into a direct clash with the Syrian army for the time being.

Then, more and more, news began to arrive that the United States and its allies were already striking the SAR army. First, supposedly by chance, then - no longer by chance, but for the sake of mythical self-defense. At the same time, the statements of the American side followed that it still does not want a direct clash with the army of the country where the coalition forces so unceremoniously broke into.

Last year, a provocation with chemical weapons led to a criminal attack by the United States on the airfield of the Syrian army "Shairat". One more step to what is happening now, one more bite of a predator, which tastes the prey and looks around - is there anyone who can stop it?

Now it has come to the point that Washington believes that it is “doing justice” (as US permanent representative Nikki Haley said at a meeting of the UN Security Council). This "struggle for justice" means that now the White House and the Pentagon have assumed the right to bomb anything in Syria. And such a blow took place at four in the morning of April 14.

Each time, not only the power and scale of the attack increases, but also the enormity of the lies, and the brazenness of anti-Syrian statements. What will we see next time when somewhere in the office of the White House or the Pentagon (or maybe the Elysian Palace) they decide that somewhere in Syria the mythical chemical weapon was used again? Carpet bombing of Damascus, Aleppo and other cities? Attacks against Russian military facilities?

And the ground for new attacks (which may become even more aggressive and bloody) is already being prepared. She generously fertilized with lies. Moreover, the lie, which place - at the dump stories. Nothing new, except lies about the Syrian chemical weapons, even the criminals cannot invent. Or do not want. Why, if this lie works?

The aggressor expands the geography of its actions. Sanctions because of Syria threaten Russia already. At the same time, Trump is trying to weaken Iran, even withdraw from the nuclear weapons deal with this country and thus impose further sanctions on this country. The reasons for this new round of hostility towards Iran are not directly announced, but one of them may be the fact that Iran is an ally of Syria. Here we can expect further expansion: any country that has dared to express its solidarity with Damascus and Moscow is in danger. For example, there may be slogans about the need to “democratize” Bolivia, which behaves quite boldly in the UN Security Council (this country, together with China, supported Russia's desire to condemn the aggression against Syria, when Kazakhstan, one of Russia's closest partners, refused to do so ). Well and, of course, the anti-Chinese steps can also be taken by Washington, including to retaliate for this position in the UN Security Council.

Unfortunately, the lack of condemnation of aggression by the UN Security Council, impunity of violators of international law and the UN Charter is preparing the basis for new satanic attacks, and not only against Syria. And the number of victims of these attacks can be much larger - they will be written off as collateral victims while “defending democracy”.

Ctrl Enter
Noticed oshЫbku Highlight text and press. Ctrl + Enter
We are
About Stalin and KhrushchevWhat you didn't want to know about England
Military Reviewin Yandex News
Military Reviewin Google News
35 comments
Information
Dear reader, to leave comments on the publication, you must sign in.