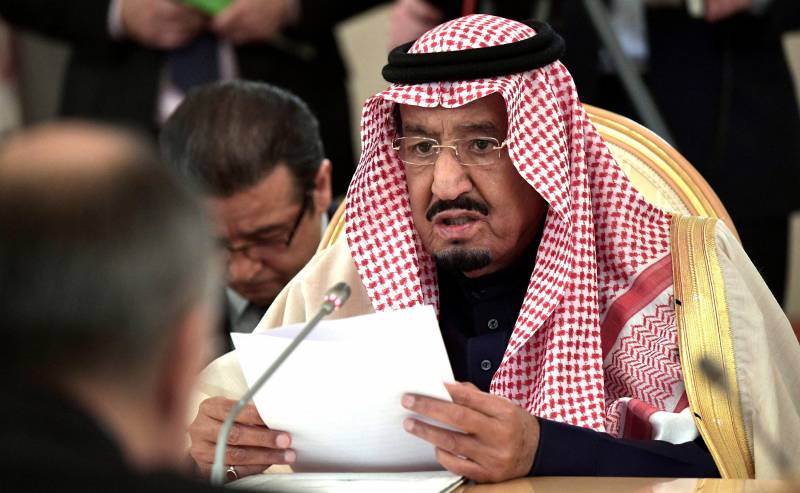 The monarch declared this in his welcoming speech at the summit of the League of Arab States. The summit is taking place today in the Saudi city of Dhahran.

Al Saud put "all responsibility for the ongoing crisis in Yemen and the suffering of the Yemeni people on the pro-Iranian movement Ansar Allah".

These rockets, which are launched from the territory of Yemen, are made in Iran,
sure king.

At the end of March, the Saudi-led Arab coalition fighting in Yemen said it had intercepted 7 missiles launched by Saudi Arabia from Yemen, three of which "were aimed at Riyadh."

It was also reported that "when a wreckage of one of the rockets fell on residential areas of Riyadh, an Egyptian citizen died, another two were injured."

Recall the armed conflict in Yemen continues with the 2014 year. On the one hand, the Hussite rebels take part in it, on the other hand, government troops and militia loyal to President Abd Rabbu Mansur Hadi. Government forces from the air and on the ground are supported by the Arab coalition.