April 15 2018
131
A spokesman for the US military, Dana White, said that within a day the activity of the Russian “Internet trolls” had increased tenfold. White calculated that the increase in activity was 2000 percent. According to Ms. White, expressed during the briefing, the Pentagon monitors the situation in the Internet space and will report on it in press releases. 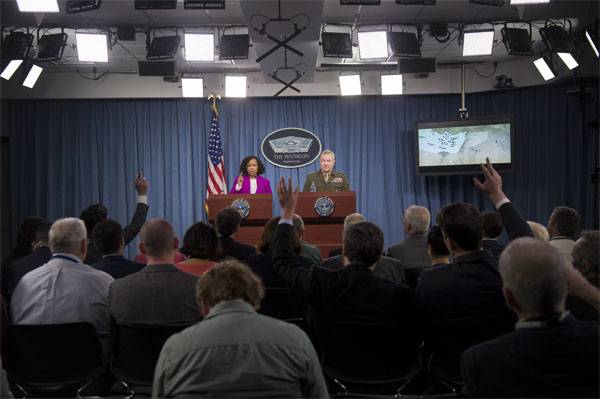 Apparently, White refers to the “Russian trolls” and groups in the social networks of militants “Jash al-Islam” (* banned in the Russian Federation) and sympathizers with them. On the Internet, the discussion that the mountain has given birth to a mouse is gaining momentum. We are talking about the strikes of the American-Anglo-French coalition, the order of which Trump gave on Friday, 13-th according to the American time. Reports say that the use of military force of the three most powerful NATO countries led only to civilian injuries, "but it had no effect on the troops of Assad."

The main claim of the terrorists to Trump actually comes down to the fact that the coalition was clearly late with the blows. As you know, they were inflicted after the Syrian government army completely liberated the Eastern Guta from militants and discovered evidence of fake creation on the use of chemical weapons. weapons. In fact, the militants "Jaish al-Islam" make it clear that the attacks on the CAA should have helped them to launch a counteroffensive in the province of Damascus.

Now, militants are calling for Trump to more decisive measures, including measures to destroy the Syrian air defense. This suggests that the American statements about the "total ineffectiveness of Syria’s air defense" are clearly far from objective reality.