Artashes Geghamyan: Alternative to the Eurasian Union for the CIS countries - loss of sovereignty 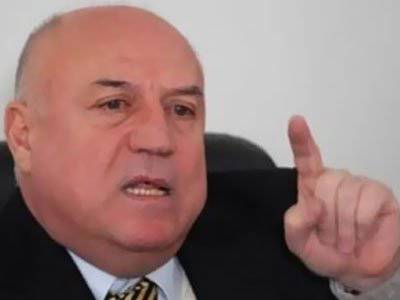 The implementation of the idea of ​​forming the Eurasian Union, without exaggeration, can be argued, is the most important condition for the preservation of the sovereignty of the CIS countries. This is not an exaggeration. To confirm this conclusion, let us analyze what events took place in the world, especially in the region of the Greater Middle East, over the past few years.

So, 10 February 2007, the President of the Russian Federation, Vladimir Vladimirovich Putin, delivered a speech at the Munich Security Policy Conference. It happens rarely when the public speech of the head of state becomes a major political event and goes far beyond the framework of one country. Moreover, when it becomes the event of the year, moreover, when its fundamental principles predetermined the content of the foreign policy doctrine of the Russian Federation for at least the next decade. Such a definition is fully applicable to the speech of the President of Russia.

Let us recall some key points of this presentation: “for the modern world, a unipolar model is not only unacceptable but impossible at all; the entire system of law of one state, first of all, of course, the United States, has crossed its national borders in all spheres: in economics and in politics, and in the humanitarian sphere is imposed on other states; one hand is given "charitable assistance", and the other is not only conserving economic backwardness, but also is gathering profits; we have come to the crucial moment when us seriously think about the architecture of global security. " These fundamental assessments of the leader of Russia actually actualize the idea of ​​forming a new integration format in the post-Soviet space. But, I think, it makes sense to turn in some detail to those disastrous consequences for world development that are fraught with the preservation of a unipolar model of the world.

In its significance, the first destructive consequence of the unipolar world was the global financial crisis of 2008-2009. It is noteworthy that Russian economists Mikhail Khazin and Andrei Kobyakov warned about his offensive back in 2003 in the book "The Decline of the Dollar Empire and the End of Pax Americana" and also in 2006, New York University Economics Professor Nuriel Rubini. It seems that there is no need to disclose in detail all the causes of the global financial crisis, this is a topic for another analysis. However, it is indisputable that one of the main reasons was the undivided and uncontrolled monopoly of the Federal Reserve System (FRS) of the United States to issue the US dollar, which, in accordance with the Bretton Woods agreements 1944, along with gold became one of the world money.

The privileged position of the dollar as the world reserve currency was further strengthened with the transition to the modern Jamaican international monetary system. So, in the 1970-ies the Bretton Woods monetary system was reorganized. And the world moved to the Jamaican international monetary system, based on the model of free currency conversion, which is characterized by constant fluctuations in exchange rates. Other main features and principles of the Jamaican system could be: the official abolition of the gold standard and gold parities (the pegging of currencies to gold for both domestic and international operations was removed), the recorded demonetization of gold (central banks are allowed to sell and buy gold as ordinary goods at market prices) and others. This has allowed the United States 37 in recent years (meaning before the beginning of the global crisis 2008-2009) to live beyond its means, that is, to a large extent at the expense of the rest of the world.

Thus, in confirmation of this conclusion, it is enough to note that the federal budget deficit of the leading global economy, the United States, for the 2011-2012 fiscal year will amount to 1,28 trillion dollars (8,5% of GDP) versus 1,29 trillion dollars (8,9% of GDP) a year earlier. Such figures are given in the forecast of the Congressional Budget Office. At the same time, this department expects that over the next 10 years (up to 2021 year), the aggregate budget deficit figure will shrink to 3,49 trillion dollars.

According to experts, in conditions when the USA produces about 22% of global GDP, domestically they consume from 35% to 40% of world GDP. But after all, someone has to pay for this? Indeed, for this, unsecured consumption, the rest of the world, which gives the US its goods in exchange for unsecured goods and services dollars, owes it. Suffice to say that in 2011, the United States imported goods and services for 2 trillion 314 billion dollars, while exporting 1 trillion 511 billion dollars. That is, the trade deficit was in the amount of 803 billion dollars and in fact was paid for by the rest of the world. At the same time, if all countries that voluntarily “embedded” their economies in the mechanism of maintaining and ensuring the purchasing power of the dollar had the right to control the issue of the dollar, then no global financial and economic crisis would occur. At the same time, the real dollar mass would correspond to the real volume of goods and services that would be produced in the USA.

However, in the conditions of a unipolar world, when "the entire system of law ... the United States has stepped over its national borders in all spheres", the Fed "gets the right" to issue dollars that are provided by the economy of the whole world. For this purpose, the Federal Reserve System was created, functioning on the basis of the Act of December 23 of 1913 of the year. Recall that the Fed is in the possession of 12 privately owned shareholder banks, the so-called "federal" banks, and, I repeat, it was created to realize one main goal, namely, to subordinate US domestic and foreign policy to achieve the monopoly position of the US dollar in global financial system as the main global reserve currency. Currently, there is a global financial system, in which overproduction of the dollar is exclusively in the jurisdiction of the Fed, and the dollar is the only product manufactured in the United States, and the best product in the world. In terms of profitability from its implementation, it surpasses any other types of making money. It was said and written a lot about the sad consequences for the world economy that the monopoly position of the dollar in the global financial system had had, and therefore we confine ourselves to the above.

Now consider the causes of the financial and economic crisis that engulfed in 2008-2009. EU countries, in addition to those mentioned above. One of the main causes of the European crisis, it seems, lies in the loss of competitiveness of the economies of several eurozone countries, as well as in the imbalance of production and consumption, when consumption in the EU countries began to exceed the production of goods and services. This state of affairs has taken place over the course of many pre-crisis years. It should be noted that this imbalance persisted after the introduction of the single European currency and the creation of the eurozone. The circulation of the single European currency in the eurozone countries led to the fact that labor costs per unit of production, for example, in Greece and several other countries of southern Europe, increased significantly, and their growth rate outpaced the growth rate of labor productivity, which led to release of non-competitive products. This happened under conditions of a significant reduction in the discount rate of crediting. At the same time, the cheapness of loans allowed the governments of these countries to attract as much money on financial markets as was necessary to maintain high consumer demand of the population of their countries, which was not provided with relevant assets.

If earlier, before the creation of the eurozone, each state independently solved the problem of increasing the competitiveness of goods and services produced, for example, by changing the exchange rate, changing bank interest rates and other fiscal measures within one country, then in the conditions of 17 of the eurozone countries, this approach was impossible . The locomotives of the European economy, Germany and France, which initiated the transition to a single European currency, which, according to their calculations, would guarantee the sales of products manufactured in these countries in 2008-2009. faced with the fact of a significant decline in consumer demand in most EU countries. This was largely due to the fact that in the pre-crisis years, the costs of EU countries, including eurozone countries, grew steadily, outpacing the growth rate of production of goods and services. To preserve the standard of living of their citizens, the governments of the eurozone countries had to constantly borrow large financial assets. And when it became clear that it was no longer possible to borrow in the amounts that are necessary to compensate for budget deficits and payment balances, then the corresponding financial institutions began to issue European government bonds. Part of Western European banks bought these securities, but over time it became clear that the growth rate of gross domestic product in the eurozone countries is so low that it does not allow them to cover these domestic bonds-loans. This led to a significant increase in the state external debt of the European Union, which exceeded that of the United States. Thus, according to the CIA reference book, the European Union’s external debt according to 30 in June 2010 amounted to 13 trillion 720 billion dollars or 89,1% to GDP, similar to the United States, respectively 13 trillion 980 billion dollars or 92,9% to GDP.

With such a colossal state foreign debt, as well as a huge state budget deficit, it’s natural that both the US and the EU countries will do everything to shift it to the rest of the world. They will succeed in those countries where their currencies - the dollar, to a greater extent, and the euro - to a lesser extent, act as world reserve currencies. After all, it is no secret that, before the global financial crisis, the euro, however, slowly but nonetheless won the second position as the world reserve currency. Apparently, this fact was of no small importance for whipping up the European financial and economic crisis by the US financial institutions. However, this is a topic for separate analysis.

Such a prospect for the development of a global crisis of the world economy and finance, against the background of incessant bloodshed and tensions in the Greater Middle East, dictate a new agenda for states with large developing economies, as well as for most countries of the world. The most urgent task is to ensure national security and preserve the sovereignty of each of the states, and create conditions for dynamic development. It seems that in the current circumstances, the idea of ​​forming a new integration format of the CIS member states and the formation of the Eurasian Union is of undeniable importance. That is, a confederative union of states with a single political, economic, military, customs, humanitarian, and cultural space that is supposed to be created on the basis of the union of Kazakhstan, Russia and Belarus and the corresponding sectoral close integration structures of the CIS - EurAsEC, SES, CSTO, and the Customs Union. An alternative to the idea of ​​the participation of the CIS countries in the emerging Eurasian Union is the road leading to the gradual loss of sovereignty.

Author:
Artashes Geghamyan - Chairman of the National Unity Party, Chairman of the Board of the Northern Perspective Public Organization
Originator:
http://www.regnum.ru