World War II: a war of meanings and interpretations

April 16 2018
40
It must be admitted that not World War II, but World War I, became a truly terrible test for Europe. In it, the largest European countries buried a whole generation of compatriots. More than a million soldiers took part in the famous long and extremely bloody battle on Marne. Churchill admitted that in this world slaughter England lost millions of teachers, doctors, workers and engineers. On this subject, European studios shot a lot of films that painted all the horrors of those massive bloody battles. 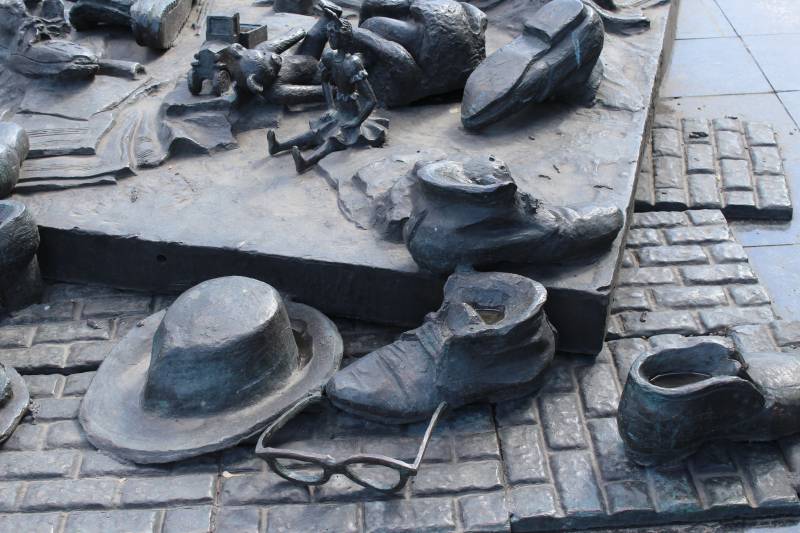 The second world war with inhuman bitterness and exertion of forces was fought only on the Eastern Front. And only two states — the Soviet Union and the Third Reich — paid for all the bills.

Before invading the territory of the Soviet Union, Hitler relatively painlessly and in the shortest possible time put on his knees dozens of countries in continental Europe. For one reason or another, all of them did not consider it necessary (or could not - which, however, happened much less frequently) to put up fierce resistance to a polished German military machine.

France was relatively painlessly occupied by the German army in less than a month. It was a very peculiar, "soft" occupation. After her life, the "city of lovers" has not changed much. Not a single building was destroyed here (unlike Stalingrad, which was transformed by continuous bombardments of the Luftwaffe pilots into a Martian landscape of stone ruins, smoking ashes and burnt bricks). Paris and the Germans continued to live a rich cultural life. Bouquets of flowers flew at the feet of the cabaret beauties, famously dancing the cancan before Deutsche Zoldaten. In the local restaurants and brothels, German officers practiced the "frenzy and fumes of spree". In the city in the evenings they continued to tear stormy applause in the crowded halls of the chansonnier. During these years, the famous Maurice Chevalier and Jean Cocteau gave their famous creations to humanity. The Jews darkened the picture a little, which the French had to send to concentration camps at the suggestion of the Germans, but war is war.

It was not for nothing that Field Marshal Keitel, when he saw the representatives of the anti-Hitler coalition of the French, during the signing of the act of surrender, sarcasticly asked: “And did the French defeat us too?”

But the record of the speed of surrender to fascism among the European countries defeatists was set by Norway. This country was conquered by the Reich in general in one day. This result to this day can be safely entered in the Guinness Book of Records. Churchill commented on this shocking event: “If the gangsters left the screen right in the cinema while watching the action movie, I would not be surprised anymore.” 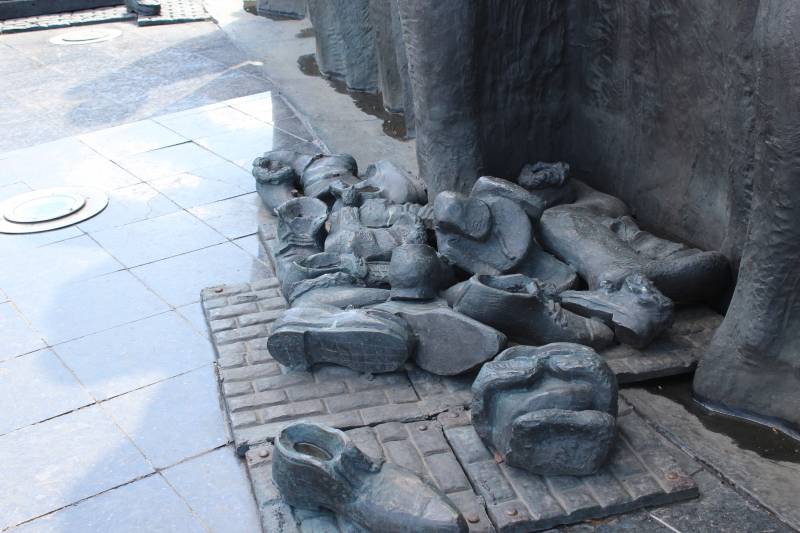 And today, the attitude of Russia, the United States, European powers, and many other countries of the planet to this war is different. Different and historical the importance of war for its participants.

For us, this is the Apocalypse of the 20 century, the worst test in the history of the country. And the Great Victory in this war, when we planted the Banner of Victory among the defeated Teutonic gods, is truly the second coming of Christ. Stalingrad, the battle for Moscow, the Kursk Bulge, the blockade of Leningrad - these words became a symbol of the sacrificial feat of millions of compatriots who sacrificed their lives to ensure that the name of Russia did not fade.

For England, this is the sunset of the once great empire, over which the sun had never set before. After World War II, it went. Britain now will never rule the seas as before.

For Washington - a symbol of the final acquisition of the British geopolitical legacy. The "reins of history" passed from one hand to the other. America, on the historical wave of this global war, not only soared to unprecedented heights of prosperity, but also received a unique chance to claim world hegemony, which did not fail to take advantage.

Paris, despite the humiliating occupation and surrender in the face of the German monster, nevertheless received a unique chance to return to the club of the great powers that determine the future of continental Europe.

For Berlin, this war is the end of the Prussian period of history and the beginning of post-totalitarian history. 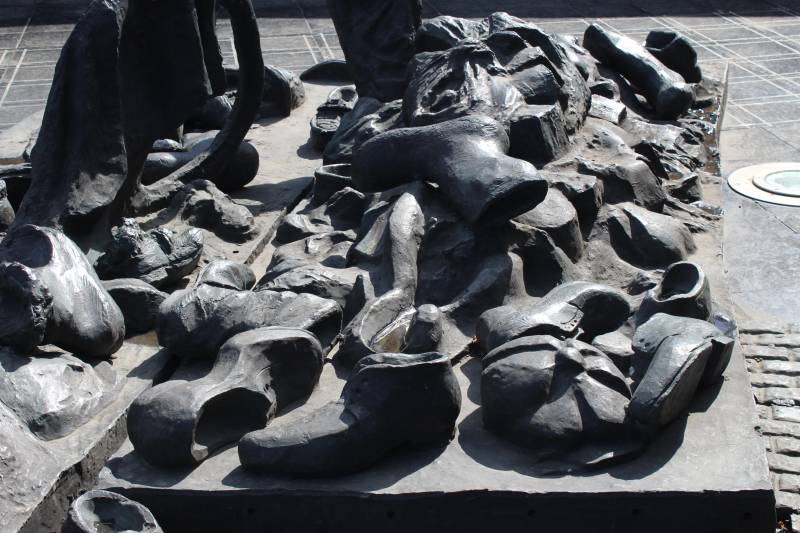 And then the iron curtain fell. Former allies were on opposite sides of ideological barricades. And changed their attitude towards each other, and to the earlier common war. But once the attitude towards a fateful historical fact has changed, a revision of history and a war of interpretations of various historical events began.

The first prerequisites for a global review of the outcome of the Second World War arose immediately after the fall of the Berlin Wall. Then the whole architecture of the world collapsed, the foundation of which was laid at the Yalta Conference. The times of the “Big Three” have irreversibly sunk into oblivion. It is time for a new global relationship architecture. And then the importance of the victory of the Soviet Union in the Great War was questioned.

As a result, now in Europe, all references to the international anti-Hitler coalition seem to be deeply archaic. The fact that the communists of the Soviet Union, together with the Anglo-Saxons who arrived from overseas without the participation of the Europeans, determined the fate of continental Europe, does not cause them a tumultuous stream of positive emotions. And they also want a review of the outcome of the Great War.

Since the beginning of the 90-ies began a massive intellectual "war of interpretations" of the outcome of the Second World War. As a result, today, US citizens are absolutely confident that it was their victorious army that defeated both the Germans and the Japanese with some British participation. The great "dream factory" - Hollywood - took the most active part in the cultivation of this myth.

The British, in turn, revel in the “Battle of the Atlantic” (and British cinema gives one film masterpiece after another on this subject). The citizens of the Soviet Union, in turn, knew almost nothing about the famous attack on Pearl Harbor, which destroyed overnight the fleet of a great power, about the battles in Okinawa, Operation Enigma and the battle of the British and German submarines in the Atlantic.
It turns out that the war in Europe and the war in the USSR are two different wars.

The courage of the “Norse clip”

In the information war against the falsification of the results of the Second World War, the time of curtsy has passed. The world is balancing on the brink of global war, so the time for refined diplomacy has sunk into oblivion. It is also dangerous to live in a “reaction mode”, as many modern Russian ideologists have become accustomed to. It is necessary to radically change the whole concept of both ideological and information warfare. In our uncompromising time, it is necessary at every opportunity to poke the nose of our opponents at those moments of their past life and history, which are extremely unpleasant for them. This affects them soberingly and, if not changing their point of view, makes them at least correct rhetoric.

Living example. In the history of the Second World War, in the opinion of many modern historians, the role of the French Resistance was exaggerated and romanticized. In fact, this partisan movement was in fact so vague and incomprehensible that the Germans simply did not pay attention to it.

No less "mysterious" and "mysterious" was the resistance movement in Austria. For the most part, it consisted in the fact that local partisan underground fighters painted the mysterious abbreviation “05” on the walls of houses. Thus, it turns out, they hinted that their country is still an empire, and not one of the areas controlled by the Reich. But it seems that the soldiers of the German patrol, when they urinated on these figures, did not even guess what they were encroaching on.

Only the Norwegians were better than the Austrian "resistance". Apparently, they decided to replenish the Guinness Book of Records not only with the instant surrender of their country to the mercy of the winner. The local intelligentsia, having decided to fight the invaders “until the last breath”, began to take to the streets in protest, pinning paper clips to the lapels of their jackets. It was a very serious protest against the presence of the occupiers in their country. The risk was fatal. True, the Germans themselves for some reason did not notice this protest. Or noticed, but did not pay attention to him.

And among the NKVD officers who worked in Norway, this gesture of unprecedented courage of the harsh northerners caused a flurry of scabrous jokes and jokes on the verge (or beyond) of decency. The expressions “exceptional Norse bravery” and “courageous Norwegian clip” immediately went to the people, causing a lot of jokes and jokes. Sarcasm jokes about the "hot Estonian guys," "generous Jews", "modest Poles" and "hardworking, law-abiding blacks" still seems childish prattle compared to those exquisite images of folk art. 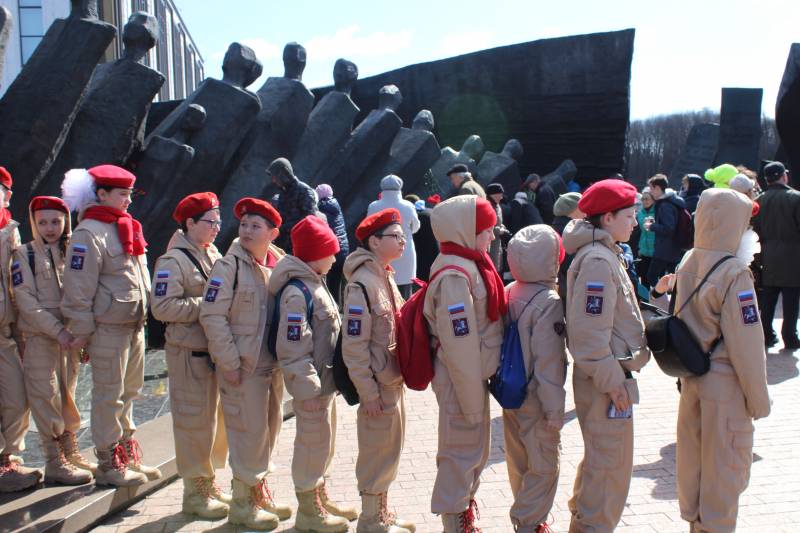 But some Europeans had a different relationship with fascism. It is necessary to understand and remember that in the forty-first year practically all of the 450-million continental Europe fought against us. Then everything fell under the German banners: Czechs, Slovaks, Hungarians, Poles, Spaniards, Italians, Danes, Dutch, Croats, Bulgarians, Finns, Romanians ... Practically everything except the British. Some of the French in the Wehrmacht fought over 200 thousands of people.

Little of. Very interesting is the fact that the Europeans joined the ranks of the "suitors of death" - the Waffen SS sondercommands - in incomparably larger numbers than in the ranks of the Resistance members. And in the combat units of the SS ethnic Germans were much less than volunteers from various European countries. Simple statistics: among the SS divisions were the French "Charlemagne", the Dutch "Netherlands", the Belgian "Wallonia" and "Langemark", the Scandinavian "Norland", "Viking" and "Nord".

The surviving fighters of the French "Charlemagne" even in the last days of the war fought with the Soviet troops to the last bullet, defending the symbol of fascist resistance - the flaming Reichstag.

And we need to remember this. Otherwise, it turns out that instead of us, the descendants of the scrapers and Charlemagne fighters will be engaged in our history and teach us life. The descendants of those who meekly knelt before the German occupiers, laying their banners at their feet. And also the grandchildren and great-grandchildren of those who not only energetically served the interests of fascist Germany, but also were ready to lay down their heads for them.

This can not be allowed. “Our dead will not leave us in trouble, our fallen - like sentries,” the poet said very precisely and figuratively. And we, if we do not want to betray the memory of our fallen and living, must also be sentinels. Sentinel our shared memory. 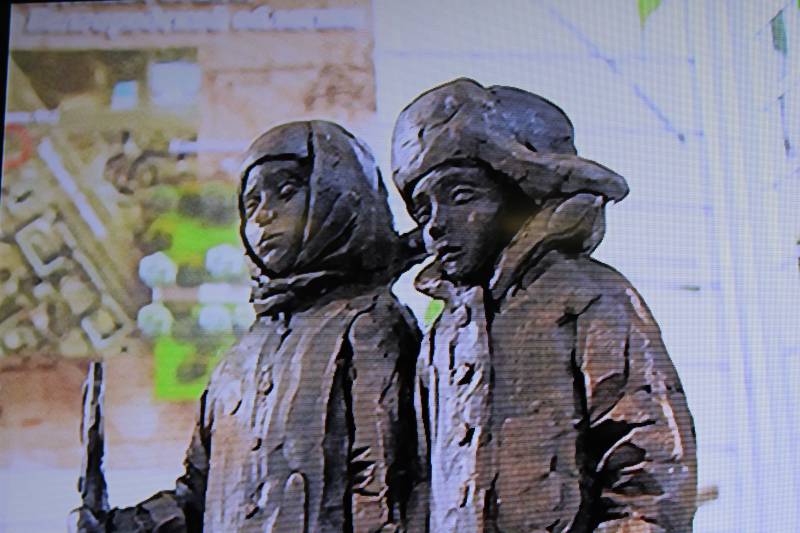