April 18 2018
11
An attacking armored vehicle, probably like no other combatant, needs thermal imaging technology. And the point here is not only the search for targets from the category of their own kind, but the timely detection in the daytime and at night in any conditions of tank-dangerous infantry, which is sometimes equipped with extremely effective weapons systems. The advent of thermal imagers in tank stories slightly corrected the expression “Main combat range at night is equal to half the combat range during the day”, which is valid for 0 and 1 generation active night vision devices, for the new one - “Basic combat range at night is equal to combat range during the day”.
Domestic tank crews started with the Agava-2 thermal imager, which first appeared on the T-80UM in 1992, and was very warmly welcomed by the Ministry of Defense - the creators received the Kotin Prize. Already by that time, the lag of the domestic military industry in this direction from the West was rampant. 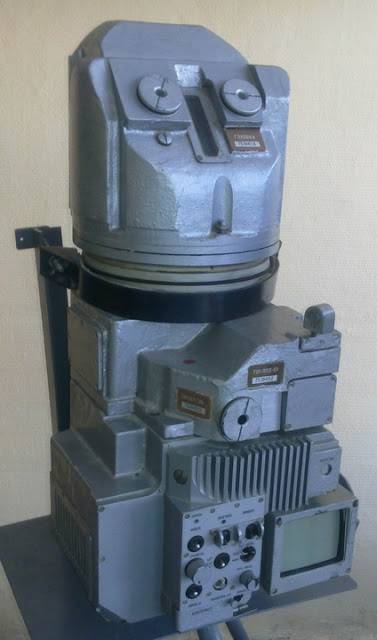 "Agava-2" Source - thesovietarmourblog.blogspot.ru
It is noteworthy that on the Agave-2 for the first time for a Soviet-designed tank, the video image was displayed on a television screen. The predecessor was the Agave thermal imager, which was released in the number of 17 units, but the army refused to finance procurement and identified new requirements, which they implemented in the second iteration. The field of view of the Agave-2 sight was twice as large (2,5 ′ x 4 ° instead of 1,3 ° x 1,9 ° in its predecessor), the number of elements of the decomposition vertically is 2,5 times (256 elements instead of 100 elements), the target recognition range is “ tank ”increased immediately by 20-30% to 2600 meters. By the beginning of the 2000-s, the “Agava-2” was both morally and technically rather outdated, which made the functionaries from the defense industry look for new ways. Found them in France from the companies Thales and Sagem, which provided their models Catherine-FC and Matiz, respectively, as the core of the thermal sighting system "Essa". The resolution of the matrix of pixels 754x576 pixels, the detection of infantry French guarantee at distances up to 6 km, armored vehicles on 10 km, helicopters on 14 km, and airplanes on 18 km. The French sold us a single-channel second-generation thermal imaging equipment operating in the 8-12 μm range. The most interesting thing is that the origin of the “Essa” sight is also not completely domestic - it was developed in the Belarusian Design Bureau “Peleng” and by now such an international sight has been equipped with a part of the T-90, T-80 and T-72 family with its variants, as well as export modifications. At the same time, in accordance with the requirements of the main customer, at the Vologda optical-mechanical plant, the assembly of similar thermal imagers was also organized under a French license. Light equipment was also paid attention to in Vologda - the combined gunner's sight developed by our own development of the Sodema ППНД БХNUMXС03 for the BMP-03М was also created around the cooled Catherine-FC matrix. Belarusians on the "tuned" with their own forces T-3BEM have already installed an updated multi-channel version of the sighting system "Essay-72U". 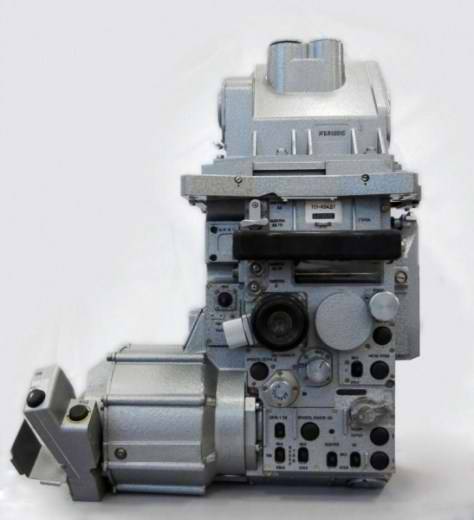 Sight "Agat-MDT". Source - shvabe.com.
Russia is working with its own forces on new tank thermal imagers. In particular, the SA Zverev Krasnogorsk Plant OJSC (KMZ OJSC) developed, as they claim, the first domestic sighting and observation complex for the commander of the Agat-MDT tank based on the uncooled 3 photodetector produced by the NPO Orion "having a resolution of 640x512 pixels in increments of 15 μm. Open sources claim that the spectral range of the imager extends from 3 to 5 μm. The night channel provides the range of detection of a person to 1400 meters in a tank version, and in a modification for BMPT to 1000 meters (“Agat - MP”). KMZ also offers a Nocturne thermal imager with a tank detection range based on a thermal signature of at least 7,5 kilometers and can be used to upgrade T-72 instead of 1-40 and 1-13 guidance devices. It seems that OAO KMZ, which is part of the all-powerful Shvabe, is becoming the leading developer of thermal imaging equipment for Russian heavy armored vehicles. In their assortment appeared cooled thermal imager for the gunner of the tank "Irbis-K" on the Russian element base (cadmium-mercury-tellurium photosensitive film), capable of distinguishing contrast thermal targets at a distance of up to 3250 meters. 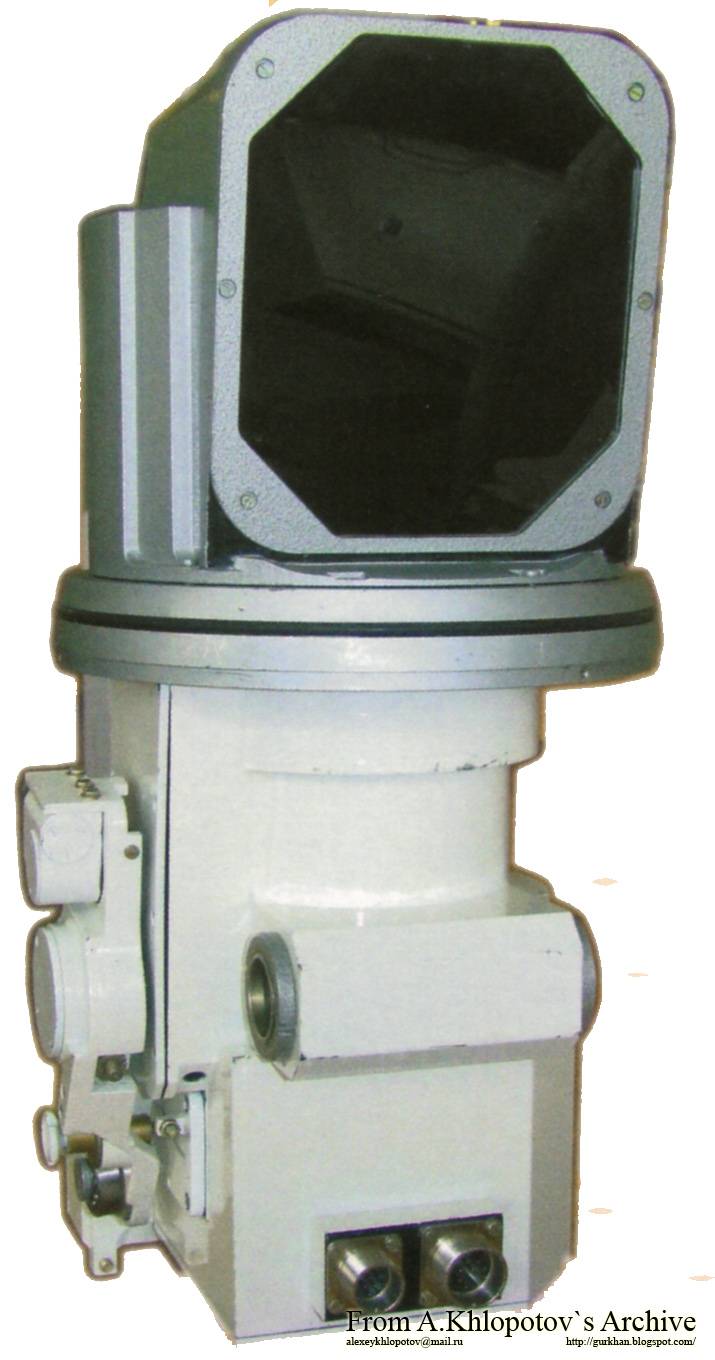 Scope gunner 1PN-96МТ Source - gurkhan.blogspot.ru
The 1PN-96МТ is one of the latest thermal imagers for a tank gunner, developed at the Vologda Optical-Mechanical Plant, designed to upgrade the T-72 series. According to open data, the sight is based on an imported microbolometer UFPA 640х480, which provides it with a tank detection range of 3000 meters. At the moment, there is information that Russia has mastered the production of its own uncooled microbolometers, which will be used as the core of thermal imagers for the Armata, Kurganets and Typhoon families. We became the fourth country in the world after the USA, France and China, which managed to develop its own production of such a level of complexity. It is reported that the matrix, the lead developer of which is the Moscow Central Research Institute "Cyclone". installed on MANPADS "willow" and "Needle". 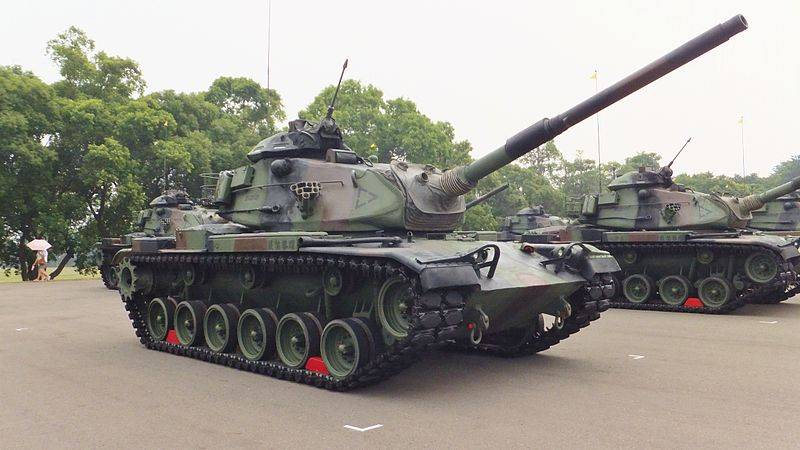 The M60A3 TTS is the first production tank with a thermal imager. Source - commons.wikimedia.org
Tank building of the likely enemy introduced a thermal sight much earlier - in 1979, on the M60A3 TTS (Tank Thermal Sight), an AN / VSG-2 gunner sight with an eyepiece on the thermal channel appeared to the commander. They tested the sight in field conditions from the 1977 of the year, and with the 1981 they began to bring the tanks in service to the level of the M60A3 TTS. In the future, the imager was upgraded to the GPTTS version and exported for mounting on the South Korean "88 type". Since its birth, the American Abrams had a thermal vision in the classic 8-12 μm wavelength range - the gunner installed a GPS sight (Gunner periscop sight), which made it possible at the beginning of 80's to distinguish heat at a distance of up to 2000 m. The M1А2 thermal imager was presented to the tank commander in the form of a CITV (Commanders Independent Thermal Viewer) panoramic observation device with visibility in 3600 azimuth and elevation from -100 to + 200. 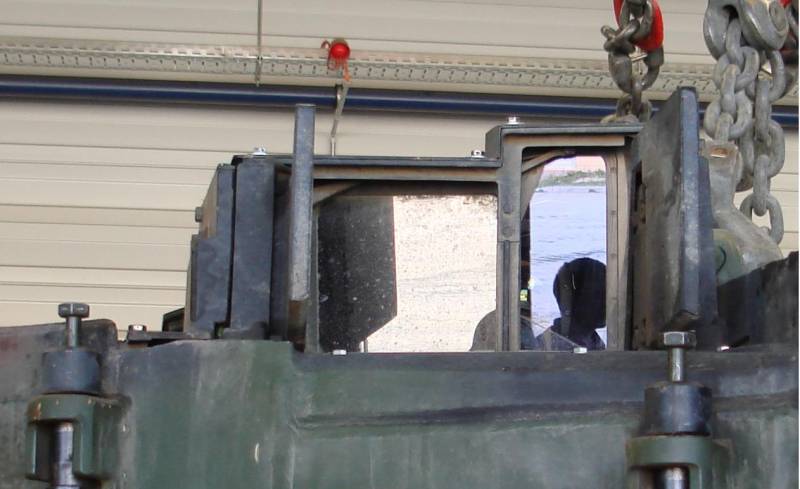 Optics EMES-15 on Leopard -2A5. Source - Wikimedia Commons
German armory the industry did not lag behind - the gunner’s sight EMES-2 with a thermal imaging channel, which he shares with tank commanders, was installed on the Leopard-15. However, the Bundeswehr was not satisfied with such informational limitations and, in the next modification, the German tank receives the PERI-RTW90 combined periscope circular viewing device from the world famous Zeiss. 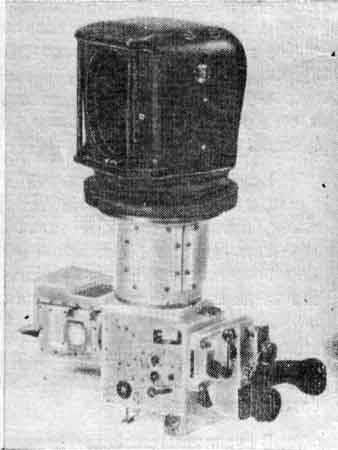 Periscopic circular survey PERI-RTW90 tank commander "Leopard-2". Source - ZVO.
At birth, the French Leclerc also did not have a separate thermal imaging channel for the commander, while the gunner worked with the HL-60 sight with two fields of view (1,9х2,90 and 5,7х8,60) and shared his thermal vision with the commander. The British installed a similar technique on their "Challenger - 2" as a VS580-10-05 sight from the French SFIM. The same company has developed a thermal imaging technique (“Kasimir” commander's sight) for the Brazilian EE-T2 “Osorio” tank. Now I understand why Russia in the 2000-x turned to the French for help in the development of a tank thermal imager? Gunner jobs BMD M2 "Bradley" and "Marder" in the A3 version, in contrast to the British and French counterparts, were also equipped with thermal sights. Interestingly, with the introduction of thermal sights in the tank fire control system, laser rangefinders were upgraded. The laser working body was transferred from yttrium-aluminum garnet to carbon dioxide, which allowed generating a beam with a wavelength of 10,6 μm, so that it can be used as an illuminator for thermal imagers operating at wavelengths of 8-12 μm. Laser radiation, adopted by the imager, helps the operator to more accurately identify the target by increasing its contrast with laser illumination. European gunsmiths gave the palm to the Americans in the subject of equipping tanks with thermal sights, but they had an ATGM with a thermal imager earlier. They were the MIRA-2 sight for the Milan complex, developed jointly by France, Germany and Great Britain with a “warm” target detection range of a decent 70 meter for the end of the 3200. All of the above-mentioned foreign tank thermal imaging equipment uses a ruler from a number of semiconductor detectors (near 120 elements) based on mercury, cadmium and tellurium compounds (КРТ matrix) as a photodetector. The photodetector requires cooling to -196 degrees and below, and the picture of the area focuses on it due to the rotating mirror. This is the technique of the first generation of thermal imagers, in which the receivers are assembled in a ruler or matrix and do not have built-in systems for reading and processing signals - there are only amplifiers located in the uncooled zone. In the second-generation technique, detectors are combined with processors that read and process signals directly in the plane of the receiver. This gives compactness, which means it is possible to increase the number of sensitive elements to 1000 and more, which provides almost television (of course, for the end of 80's) quality of the thermal image of the area.
Modern Western armored vehicles have mastered completely different heights of thermal imaging - the 2 Revolution Leopard is equipped with a fully digital fire control system, in which the commander has an optical-electronic sighting system SEOSS (Stabilized Electro-Optical Sight System). The complex incorporates the latest 3 thermal imaging sapphire generation. 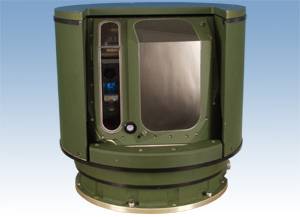 Head optics SUO SEOSS. Source - rheinmetall-defence.com
In the 2А7 version, the ATOSS SEO uses ATTICA thermal imagers from Cassidian Optronics (part of AIRBUS) one by one for the commander and the gunner. Situational awareness system SAS 360 (Situational Awareness system), offered as a bonus in the latest modifications of the German cat, is also equipped with thermal imagers with target detection and tracking functions. Overseas "colleagues" in the latest modification of Abrams M1A2 SEP V3 also replaced the imagers with IFLIR 3 technology, able to work in medium and long waves, as well as displaying the situation in FullHD format on the gunner and commander monitors. Similar trends of mass transition to photo-receiving devices of thermal imagers with a multiple increase in the number of sensitive elements are observed in heavy armored vehicles of the rest of the NATO countries.