Poroshenko: We will not terminate the Treaty of Friendship with Russia. But a couple of points will remove

April 13 2018
104
President of Ukraine Petro Poroshenko announced his intention to terminate a number of provisions of the treaty of friendship between Ukraine and Russia. In particular, the points on military and strategic cooperation are removed from the treaty, although the agreement itself is not terminated. 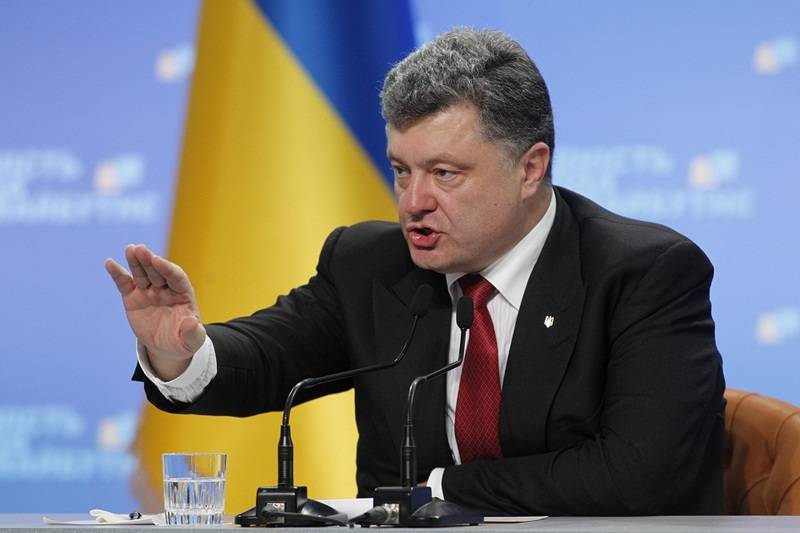 After the adoption of the law on the reintegration of Donbass, the official term appeared in the Ukrainian legislation and in international documents - “Russian aggression” (what international documents are we talking about?). And in connection with aggression, Ukraine has the right to suspend the rules on strategic partnership, the norms on military cooperation, the norms on military-technical cooperation, and many other norms that are not in the interests of Ukraine
- Poroshenko said on the air of Ukrainian TV channels, reports RIA "News».

According to him, the provisions on the sovereignty and territorial integrity of Ukraine should remain in force.

Earlier it was reported that the Ukrainian government may make changes to the treaty on friendship, cooperation and partnership with Russia, the next 10-year term of which expires in April 2019.

Ctrl Enter
Noticed oshЫbku Highlight text and press. Ctrl + Enter
We are
Reports from the militia of New Russia for 28 August 2014 of the year
Military Reviewin Yandex News
Military Reviewin Google News
104 comments
Information
Dear reader, to leave comments on the publication, you must sign in.