April 13 2018
9
Indian Defense Minister Nirmala Sitaraman during the Defexpo India 2018 exhibition in Chennai became interested in the booth of the Russian corporation Uralvagonzavod (UVZ, part of Rostec), the press service of the UVZ reported. 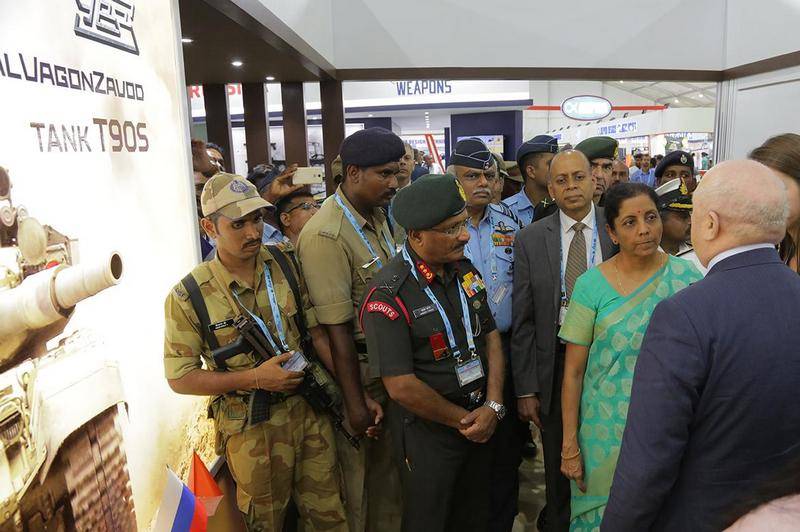 Advisor to the Director General of UVZ Corporation for military-technical cooperation, army general in stock Alexei Maslov showed the Minister models of world-famous military equipment manufactured by UVZ - Tanks T-72, T-90MS, BMPT "Terminator", TOS-1A heavy flamethrower system and other samples. He also thanked Sitharman for the high quality of the organization of the exhibition and presented a souvenir on behalf of the corporation.

Russia and India are negotiating the modernization of thousands of T-90С tanks previously delivered to this country to the level of T-90MS (in particular, it has enhanced protection, including dynamic, new fire control system). Earlier, Indian General Rees Kalon talked at a corporation stand with UVZ Director General Alexander Potapov, who noted that Russian proposals for modernization are being considered.

Uralvagonzavod has already signed memorandums with private Indian companies, and is ready to start production of components for T-90С tanks in India, they noted in UVZ. It will be engine parts and radiators for cooling systems, reports TASS