In each barrel gag. F-35 integrated into the US air defense system 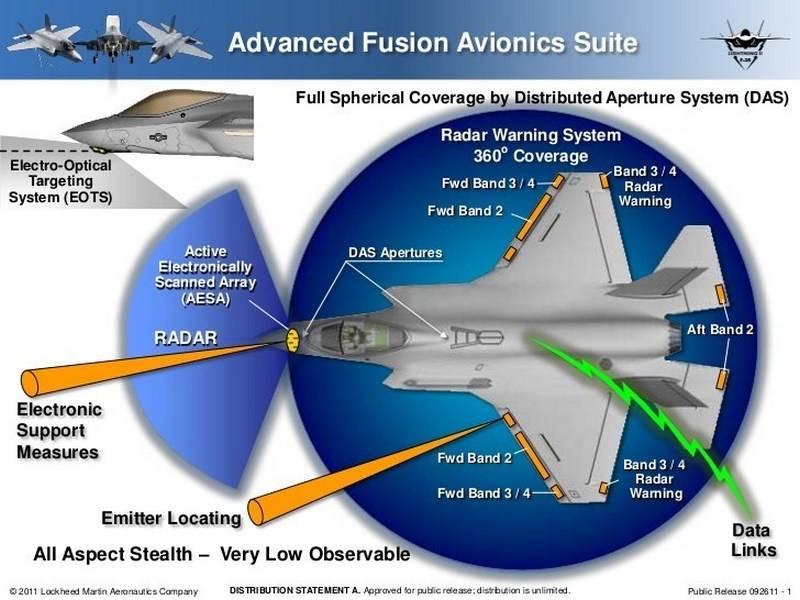 It will take us six to seven years to expand the capabilities of the F-35 and develop a new fast rocket, as well as integrate them into the existing missile defense system. If this plane does not change the rules of the game, it will become an important element for the fight against ballistic missiles.
- said the head of the US Missile Defense Agency, Lieutenant General Samuel Graves.

According to Graves, F-35 fighters can already be used to detect and track ballistic missiles during the initial phase of flight, while testing of the aircraft's subsystems continues. In addition, by 2025, it is planned to complete the development program for a special version aviation missiles designed to destroy ballistic missiles.

The US Department of Defense indicates that the entire army will receive the X-NUMX F-2443 fighter. Of these, 35 aircraft are designed for the Air Force and will be based on American bases in different parts of the world. Thus, the Missile Defense Agency will receive effective means for hitting ballistic missiles at the initial stage of their flight, while the existing air defense system will continue to be used for hitting targets at the middle and terminal phases of flight.