Ka-29 helicopter crashed in the Baltic

April 13 2018
33
It became known about the crash of the ship transport and combat helicopter Ka-29 in the Baltic. The helicopter belonged to the Baltic the fleet Russian Navy. According to recent reports, in the helicopter at the time of the fall were two crew members. It is known that the Ka-29 helicopter fell into the sea. 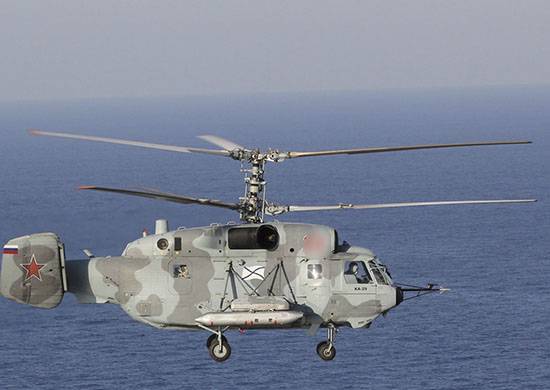 The TASS news agency, citing an informed source in the emergency services, reports that the body of one dead pilot was found at the crash site. At the moment, there are search and rescue operations involving the forces and means of the Emergency Situations Ministry and the Navy.

It is known that several Ka-29 helicopters arrived at the marine base aviation Baltic Fleet after a scheduled overhaul from the 150th aircraft repair plant of the Russian Helicopters holding in November 2017. At the same time, helicopter crews underwent additional training at the Center for Combat Use and Retraining of Naval Aviation Flight Staff in Yeysk.

Whether the fallen helicopter was among those that entered the Kaliningrad region after scheduled maintenance is not reported.

After some time, information was received that the body and the second pilot Ka-29 had been found.