April 12 2018
53
Ukraine and India intend to expand military-technical cooperation in the field of military shipbuilding, in particular, we are talking about servicing the Vikramaditya aircraft carrier by Ukrainian specialists, the press service of the Ukroboronprom state concern reported. 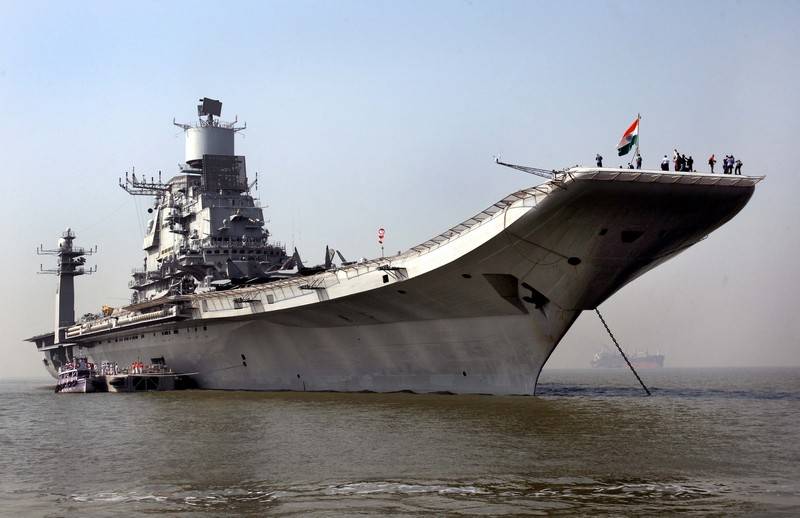 The head of Ukroboronprom Pavel Bukin held talks with Indian Navy Commander Admiral Sunil Lanboi in the framework of DefExpo-2018 Indian Chennai. It was about the participation of Ukraine in the modernization and development of the Indian Navy, according to Interfax-Ukraine.

In particular, they talked about the continuation of deliveries and the establishment of a joint production of gas-turbine engines, the maintenance by the Ukrainian specialists of the aircraft carrier Vikramaditya, built at one time by shipbuilders of the Nikolaev shipbuilding plant
- The press service reported.

As noted in the message, during the talks, the head of Ukroboronprom also voiced the interest of the Ukrainian side in the joint production of ship and coastal radar complexes, sea buoys, as well as the supply of spare parts for Indian ships and submarines.

The aircraft carrier "Vikramaditya" - a former heavy aircraft carrier (TAVKR) "Admiral Gorshkov", which became the fourth aircraft carrying cruiser project 1143 of the Soviet Navy. It was built at the end of the 80-x at the facilities of the Black Sea Shipbuilding Plant in Nikolaev. In 2004, he was withdrawn from service in the Russian Navy and sold to India.