The wars of tomorrow. Wars due to weather (part four)

April 21 2018
22
The power of a person today seems to be obvious. By pressing just a few buttons, he is able to destroy all life on Earth. However, this is his power and limited. As long as people cannot tame a typhoon, prevent drought, or save riverside areas from catastrophic floods, or stop a volcanic eruption, not to mention ridding the world of the horrors of earthquakes and tsunamis ... The consequences of Mother's “anger” nature is always the same: in addition to the death of many people, large tracts of land become uninhabitable, and this causes the migration of peoples. And it is very possible that they will come to another country not with a hand outstretched for help, but with weapons! 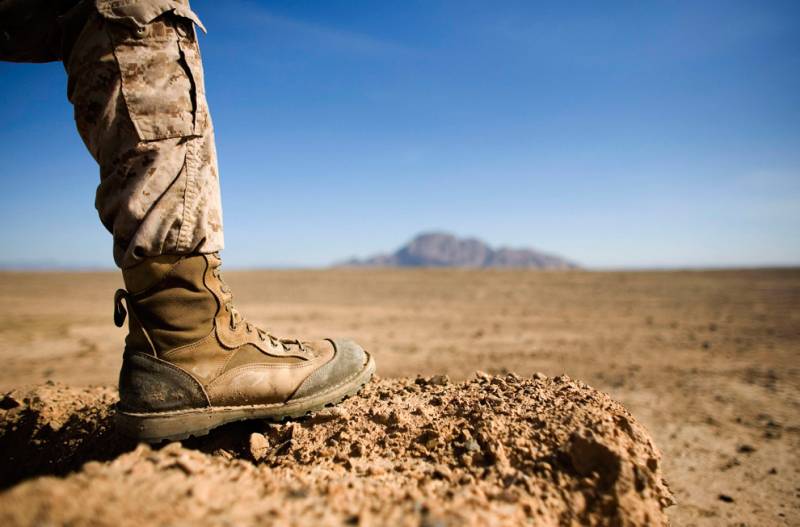 Today, politicians and scientists are increasingly saying that humanity must prepare for war over territories suitable for life. And if the nature of Mother Earth does not soften and the number of natural disasters will increase, then such wars will start very, very soon!

And it was like this that, back in 2011, futurologists commissioned by the US Department of Defense a report entitled “Weather Report: 2012-2030 Years”. And it was not about wars with the use of climate weapons, but about what kind of military conflicts may occur in the near future due to climate change. As examples, pointed out the earthquake in Haiti (2010 year), during which about 300 thousands of people died, and torrential rains in 2010-th, which flooded Europe. This report is very interesting, first of all, because it was made in 2011, and today it is already 2018.

So, what awaits us all, in their opinion, “already here and now”? But what ...

2018 year. China’s military operation against Kazakhstan is quite possible to control gas and oil pipelines passing through this country.
In 2020 from Scandinavia, mass migration of people to Europe will begin, causing shortage of drinking water there.
In the same year, a large-scale war will begin in Southeast Asia with the participation of India, China, Vietnam, Laos, Myanmar and other countries, and in 2025 it is very likely that the civil war in China will also start, caused by the destabilization of its internal situation.
In 2022, a conflict between France and Germany is possible over the water resources of the River Rhine.
In the 2025-2030 years, the likelihood of the collapse of the EU will increase, and due to migration to the southern Mediterranean (North Africa, Israel, Turkey), Europe will leave up to 10% of the population.
By 2030, relations between China and Japan will worsen due to the natural resources of Siberia and the surrounding areas of the Pacific shelf.

As for the Americans, they were promised that in 2012, America was threatened by a stream of refugees from the islands of the Caribbean, and starting from 2015, also from Europe. True, at first among immigrants there will be many wealthy people. By 2020, oil prices will again increase significantly, and serious armed conflicts will begin in the Persian Gulf and the Caspian. In particular, in the Gulf region, the interests of the United States and China will certainly collide.

Well, the reason for all this - the climate, which in Northern Europe will become more severe. Therefore, Norwegians, Swedes, Finns, Danes and even Germans migrate further south - to areas of the Mediterranean. But migrant workers from Libya, Turkey and Tunisia will also go there. What then happens to the south of Europe? There is very little space, and no resources at all!

The position of China, India and Pakistan is quite vulnerable. China is threatened by rain and flooding, while India and Pakistan are severely drought. All this will cause discontent with the governments of these countries, unable to cope with the problems. To retain power, they can start a large-scale war in the region. But even without war, crowds of hungry people will be doomed to seek salvation in emigration, destabilizing the situation in other neighboring countries.

The result of global disasters will be a cardinally redrawn political map of the world. In 2018, Canada, the United States, and Mexico will merge into a single state for the consolidated protection of the North American continent from external threats. Moreover, one of the main tasks of the "Ministry of Defense of North America" ​​will be to prevent uncontrolled migration from Asia and Europe. Korea will benefit in this situation. In any case, it will finally become one. Seoul will receive nuclear weapons, and Pyongyang - technology of the XXI century.

Africa will be mired in military conflicts, so the entry of people of the white race will be simply impossible.

Read about the unification of the United States and Canada today is simply ridiculous. Here the authors of the report did not guess. But with regard to Africa, the situation continues to move from bad to very bad. And here, perhaps, they foresaw everything right.

As for Russia, the authors of the report “Weather reports: 2012-2030 years” believe that in this time perspective, our country can become part of a united Europe. This is beneficial to Russia, it is beneficial to the Europeans, because they will have access not only to Russian energy, but also to the vast arable land, as well as to fresh water, and that which is beneficial is always rational. Yes, and "clean up" the Europeans will help us. And then something really hurts us a lot of garbage, almost under the very windows ...

The forecasts of American futurologists are interesting to compare with another report made for the UN even earlier, namely in the 2007 year. According to him, the main problem for Africa will be AIDS, lack of drinking water and mass migration of the population. In 2025, relations between countries on the banks of the Nile, right up to an open war, will worsen. According to the most ominous scenario, by the year 2020 the continent will be plunged into anarchy and become a zone of unsolvable military conflict and avalanche-like migration to Europe. In response, European countries, especially on the Mediterranean coast, may be overwhelmed by a wave of nationalism, and they will unite against black foreigners. To curb the waves of refugees will have a huge financial injections in countries covered by hunger. As a result, millions of accidents will be locked up in refugee camps in the Sahara. And in fact, now we are all seeing it. Is not it?

Permanent droughts will jeopardize the ecological balance of the nature of Amazonia, which is why Brazil will face an agricultural crisis that could turn into a war for control over arable land. In Asia, there will be plenty of water, but this is unlikely to please anyone. Overpopulated Ganges Delta threatens cyclones and rising water levels. Bangladesh will flood, and the rivers of Pakistan, on the contrary, will dry up. This factor will increase religious tensions in the region and lead to war between India and Pakistan. The presence of opponents of nuclear weapons does not bode well for them in this situation.

China will suffer from both drought and hurricanes, as well as heavy rainfall. Desertification will occur in its northern areas, and an excess of moisture threatens the south. If events begin to develop in this way, then by 2025, China’s coast will be devastated by typhoons, and the masses of refugees will concentrate in the south of the country, and that’s millions and millions of people. The Chinese army will stop their flow and resort to arms, which will only increase social instability in the area.

As for the policy of the United States with respect to immigrants, the first option involves the closure of its southern borders by America, then people will accumulate in the border cities, where cases of violence will increase. And according to the second variant, the next hurricane of the sixth category, following the New Orleans, will now destroy the city of Houston and all of its oil-producing infrastructure. As a result, the US will have to sell off all its accumulated strategic oil reserves in order to curb the rise in fuel prices. Some countries will take advantage of this, block the oil pipelines, and then America will have to blame for it!

And it should be noted that the Americans are already seriously preparing for climate wars. Experts in the Pentagon and in the US intelligence agencies predict that in the coming decades, the US will have to send troops to various regions of the world not to overthrow dictators and destroy alleged chemical and nuclear weapons, but to deal with the consequences of natural phenomena. For the soldiers, new “desert” rations, dust suits, field hygiene products and new “dust-resistant” weapons are being developed. Interestingly, our Russian citizens are also arming themselves in their own way: the Interim Information Center of the Federal Service of National Guard of the Russian Federation reported that at present about 4,4 million citizens are registered as owners of 6,7 million firearms!

Also interesting are the projects developed by designers for an unfavorable weather perspective, so to speak. Since we need funds to evacuate huge masses of people very quickly, such unusual constructions as helicopters with carbon fiber hulls with a capacity of 500 people, as well as “house-wheels” capable of taking on board, are among the developments of tomorrow. »By 1000 people and more. While all this is only in the drawings, but who knows, "what the weather will be tomorrow?"

Ctrl Enter
Noticed oshЫbku Highlight text and press. Ctrl + Enter
We are
A great interview with Sergey Lavrov: about Ukraine, Obama and IranWhat you didn't want to know about England
Military Reviewin Yandex News
Military Reviewin Google News
22 comments
Information
Dear reader, to leave comments on the publication, you must sign in.