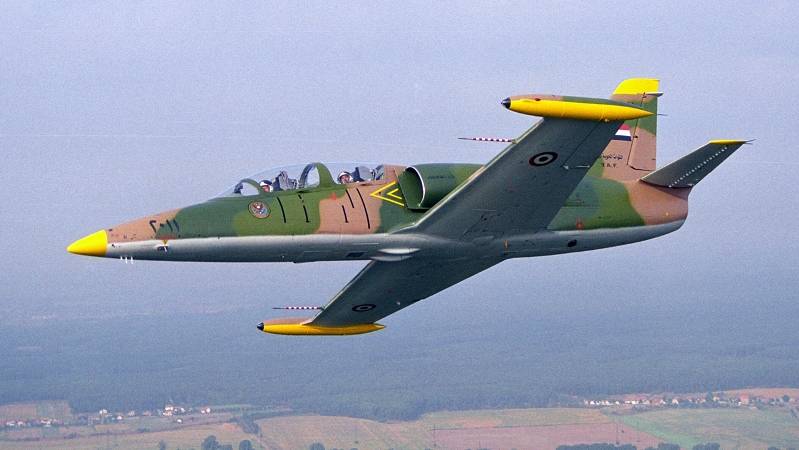 It was repeatedly noted earlier that these “flying desks” do not have modern defense systems against anti-aircraft missiles, so the pilots take a serious risk when going on missions.

“The combat training L-39 during the time of the Warsaw Pact were the main vehicles of such designation in the air force of the Soviet Union and a number of other countries that are members of this military-political organization. A large amount of this technology was supplied to friendly states, one of which was Syria. 80 L-55ZO and 39 L-44ZA were sent to this Arab country in 39-s from Czechoslovakia, ”the publication says. 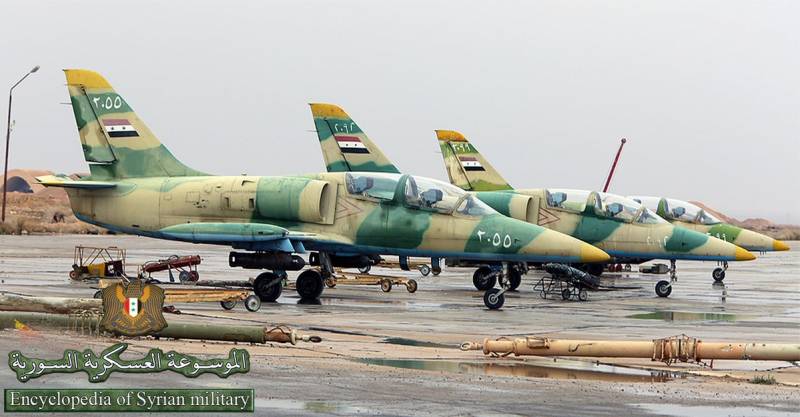 It is noted that the X-NUMX-mm double-barreled cannon with ammunition in 39 shells can be mounted on the L-23, and blocks with sixteen unmanaged rocket 150-mm shells or hanging up to 57 bombs weighing up to 4 kg each can be mounted on four suspension points.

Currently, according to various estimates, about 40 of such aircraft have survived as part of the Syrian Air Force.

Ctrl Enter
Noticed oshЫbku Highlight text and press. Ctrl + Enter
We are
Results of the week. "Everything! Kina will not be! Electricity is over! ”
Military Reviewin Yandex News
Military Reviewin Google News
18 comments
Information
Dear reader, to leave comments on the publication, you must sign in.