April 12 2018
35
The Basmanny Court of Moscow arrested Vyacheslav Donguzov, a resident of Udmurtia, in absentia on charges of participating in hostilities in Ukraine as part of the Right Sector (* banned in the Russian Federation) against Donbas militia forces, reports Interfax. 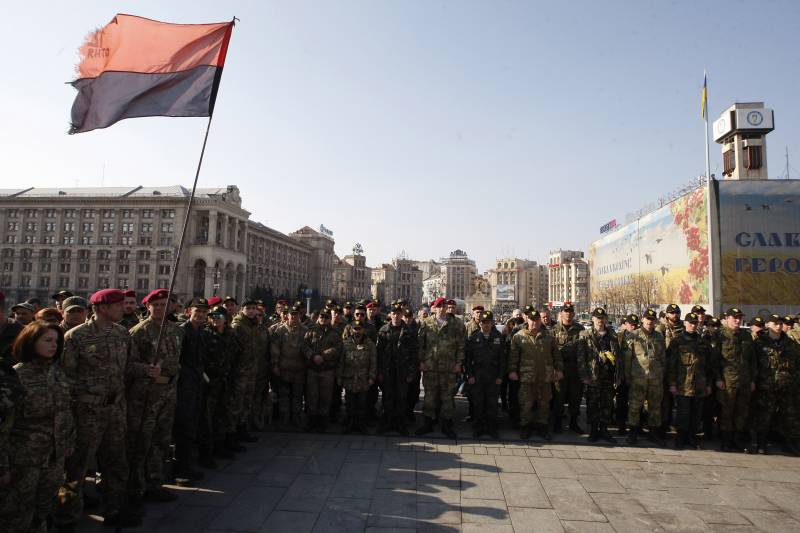 According to the representative of the court, Donguzov, put on the international wanted list, “was charged with participation in an extremist organization under Part 2 Art. 282.2 of the Criminal Code ".

According to the Investigative Committee, Vyacheslav Donguzov left the territory of the Russian Federation for Ukraine, where he "joined the so-called Ukrainian Volunteer Corps of the Right Sector" as a fighter.

After that, the Russian took an active part in the hostilities "on the side of this organization in the hostilities in the south-east of Ukraine against the self-proclaimed Donetsk and Lugansk People's Republics, having the firearms with them weapon, ammunition, communications and motor vehicles ".

The Investigation Committee added that the data on the illegal activities of the Russians were obtained as a result of investigative and operational activities carried out by the FSB and the Ministry of Internal Affairs of Russia.

Ctrl Enter
Noticed oshЫbku Highlight text and press. Ctrl + Enter
We are
In Russia, the court arrested in absentia the head of the press service of the Right Sector *The face of the Ukrainian media - the Russian “cadet” who escaped to Ukraine turned out to be a Mozhgin burglar
Military Reviewin Yandex News
Military Reviewin Google News
35 comments
Information
Dear reader, to leave comments on the publication, you must sign in.