April 12 2018
30
Since the 2000-s, the North Korean Republic's navy has been replenished with new missile boats. Recently, the blog dambiev.livejournal.com published pictures of Kim Jong Un on one of the boats, which are referred to by Americans as Nongo, reports "Warspot" 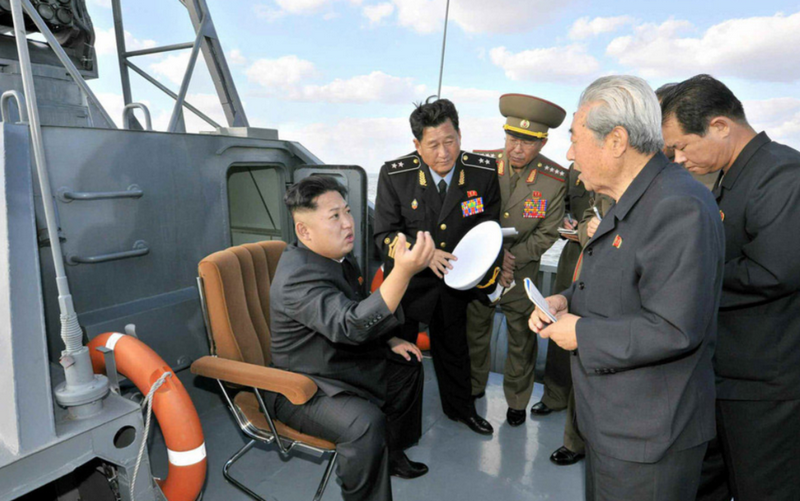 The characteristics of rocket boats of the Nongo type, as, indeed, of all North Korean vehicles, are kept secret. It is known that their length is 35 or 40 m (depending on the version), and the displacement reaches 200 tons. Thanks to the use of an air cushion, the boats can reach speeds up to 48 nodes (90 km / h).

Each of the boats is equipped with an 57 or 76 mm caliber gun mount, as well as several 30-mm rapid-fire cannons. In addition, according to unconfirmed information, they can be armed with X-35 missiles. A special feature of Nongo type boats is their “stealth-like” shape. According to unofficial information, the North Korean fleet received six such boats.