For the "case of the Skripals" will take the SBU. Poroshenko promised May help

April 12 2018
40
President of Ukraine Petro Poroshenko in a telephone conversation with British Prime Minister Teresa May offered assistance in the investigation of the case of poisoning of the former GRU colonel Sergey Skripal and his daughter Yulia, according to the Ukrainian President’s website. 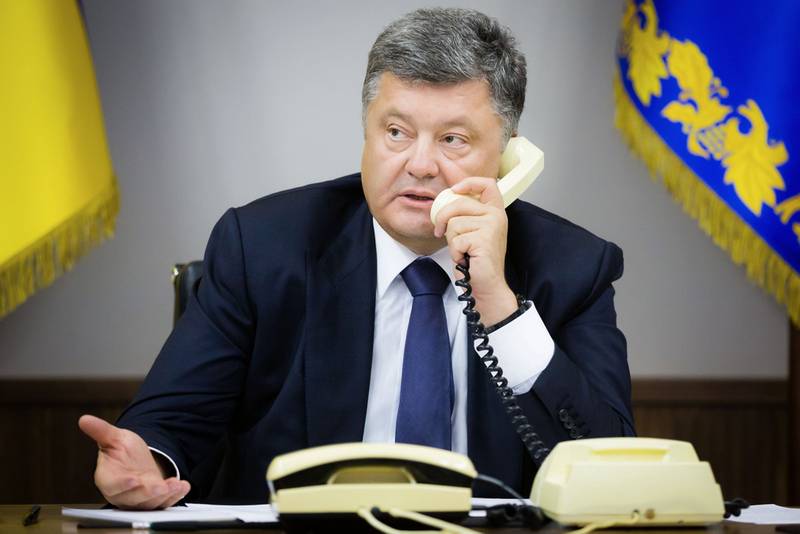 The head of the Ukrainian state expressed solidarity with the British people and the government in the case of the poisoning of Sergei Skripal in the city of Salisbury. Petro Poroshenko noted the readiness of Ukraine to assist in the investigation of this case, if necessary
- said in a statement. Go

In addition, during a telephone conversation, the parties discussed the strengthening of sanctions against Russia. So, May condemned the “Russian aggression” in the Donbas and in the Crimea. Poroshenko thanked the British Prime Minister "for the continued support of the territorial integrity of Ukraine and the non-recognition of the results of the recent illegal elections in the occupied Crimea."

Ctrl Enter
Noticed oshЫbku Highlight text and press. Ctrl + Enter
We are
Operation "Antidote". Organizers and performers of the provocation in SalisburyBitter thoughts of the West. Will Russians poison Donald Trump and Theresa May?
Military Reviewin Yandex News
Military Reviewin Google News
40 comments
Information
Dear reader, to leave comments on the publication, you must sign in.