The wars of tomorrow. War of Neodymium (Part Three) 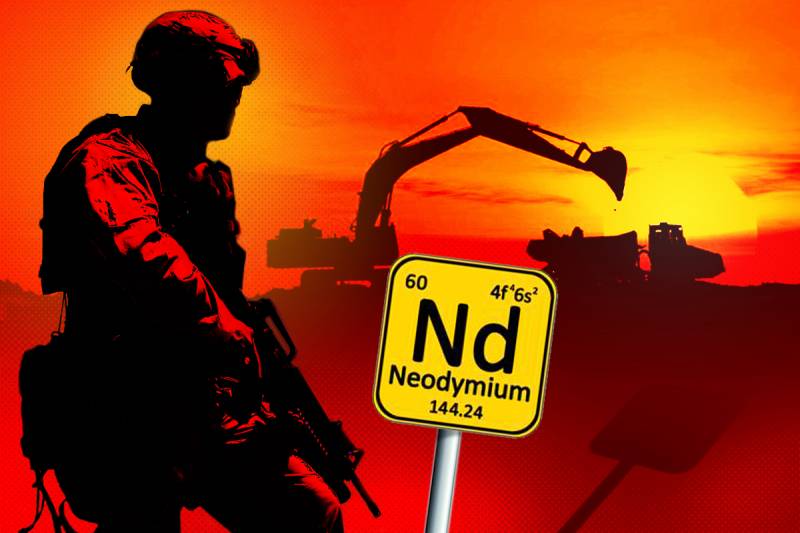 In the previous materials of this cycle, we told you about why and how humanity can fight in the future. But the designated part of the problems all the troubles of mankind are not exhausted. However, before turning to our topic once again, it makes sense to digress a bit from it, and in the interests of more complete coverage. 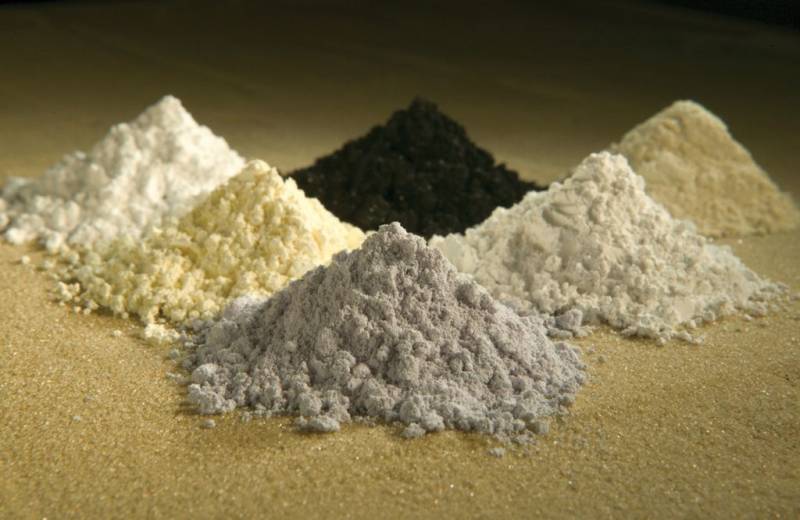 To begin with, we note that the overwhelming majority of our citizens, alas, are in full ... "information slavery" from our journalists, who are at the mercy of almost all of their information, so that they "draw the information picture" of the present day, and 80 % of the population gladly consume it. We will also tell you about the technical aspects of how it is done, but today its content comes first. And, unfortunately, it is such that 80% of troika journalists prefer to write “in a trend,” that is, to replicate absurdities and outright nonsense. But, since the volumes of information flows of such content are very large, most people again consider that there is something here. Even in the conditions of a totalitarian society, it was possible to find grains of reliable information. For example, in one of the Soviet newspapers in 1975 a year you will not find reports that India conducted an atomic bomb test. But Academician Kapitsa said this in his Nobel lecture, the text of which was published in the USSR. That's just what kind of circulation and who really read it?

The same thing is repeated today. For example, the first article that we will run out of coal in 40-50 years was published in the Niva magazine in 1900! Since the mid-50s of the last century, there have been "scarecrows" that oil is about to run out. However, those who write such articles, for some reason, do not look at the magazines "Oil and Gas Vertical", "Oil Industry", "Oil & Gas Journal Russia", "Geology of Oil and Gas", "Oil and Capital", otherwise they knew that modern oil production is carried out mainly according to technology developed back in 1847, in which 80 to 60% of the fossil fuel remains underground. That is, even where production has stopped today, there is actually a lot of oil. Will its extraction become more expensive if new technologies are used? Yes, of course, and it will not be affordable for impoverished states with uncontrolled birth rates. But there is simply no question of any shortage of oil. “Why are we looking for all new deposits? - ask another citizen who trusts our media. - And then, to remove the "foam", and move all the problems for later! You know, a very traditional approach for people, modus vivendi, so to speak! " So the picture has changed, hasn't it?

And here is another interesting question. Why are their children and Putin, Medvedev, and Lavrov not afraid to let go to study and live abroad? For example, both daughters V.V. Putin's live abroad. True, this information is from the media, but it has not been refuted anywhere. The son of Medvedev - Ilya Dmitrievich - is still studying in his native Russia, but in an interview with journalists he has already stated that he will continue to study in one of the elite universities in the United States, in Massachusetts.

The irreconcilable fighter against the intrigues of the insidious West, Russian Foreign Minister Sergei Lavrov, also has a daughter. And in her interview to our media she said that she wanted to study in the USA, at one of the universities in New York. And upon completion of training will remain to live there ... forever. This is how much “land across the ocean” she liked.

Why it happens? Why do the children of our politicians leave to live abroad, if our country is sufficiently developed and seems to be the leading world power? And then the conclusion involuntarily suggests that if on TV we are told that “there are enemies” and the children of our leaders live “with the enemies”, then all the information that “everything is bad there” is just another “picture” to form the necessary public opinion, but people simply don’t know what is really going on. 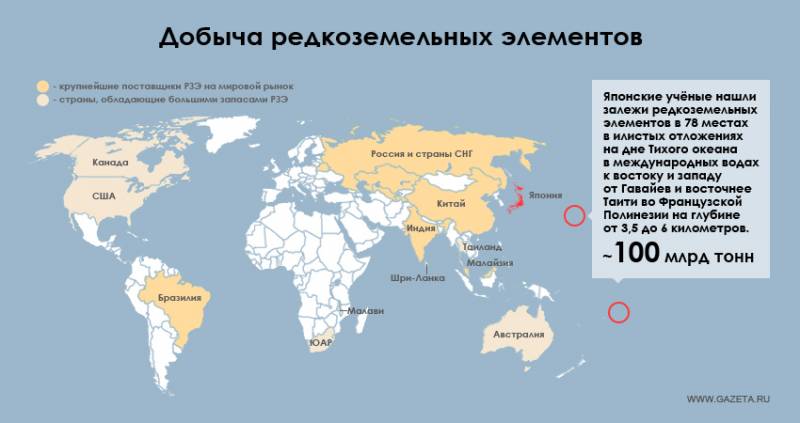 Ask our people where the Chinese economy has risen, and you will hear “heartbreaking” stories about the leading role of the CCP and the hard work of the Chinese, but no one has ever said about the role of REM. And not everyone, generally speaking, knows what it is. In fact, everything is simple: these are “rare-earth metals”: ​​scandium, yttrium, lanthanum, cerium, praseodymium, neodymium, and the like, of which there are only 17.

Prior to the 1990-s, the main supplier of rare-earth metals was the United States. In 1986, 36500 tons of rare earth metal oxides were produced worldwide. Of these, the USA accounted for 17000 tons, the USSR - 8500 tons, China produced 6000 tons. But in the 90-s in China there was a modernization of mining and production of rare-earth metals. Moreover, it turned out that nature itself made a unique gift to China, awarding it with 90% of world stocks of REM! All other 10% are owned by the USA, Russia, Brazil, South Africa, India and Australia. So it is not surprising that since the middle of 1990-s, China has become the largest producer of rare-earth metals in the world and receives huge profits for which it modernizes its economy and subsidizes the production of cowards and toothbrushes, that is, all Chinese consumer goods that are often sold to us are cheaper than the cost price exclusively for interventional purposes. In the 2007 – 2008 years, the world already mined 124 thousand tons of rare earth elements per year. At the same time, China accounted for 120 thousand tons. In India, 2700 tons were mined, Brazil was able to mine all 650 tons. Since 2010, China has been pursuing a policy of restricting the production and export of rare earth metals, which, as was to be expected, caused a rise in prices and increased production in other countries. That is, simply speaking, the modern market of rare-earth metals at 95% is controlled by China. Hence, all his super-profits, and all the possibilities of building his economy. And this situation will continue for a long time. At the end of 2008, the data on stocks of REM were as follows: China 89 million tons, CIS countries 21 million tons, USA 14 million tons, Australia 5,8 million tons, India 1,3 million tons, Brazil 84 thousand tons Now what do these numbers mean ...

Every computer has magnets, and Chinese neodymium in them. Without REMs today it is impossible to produce energy-saving lamps, hybrid cars, guidance systems and night vision devices, unmanned aerial vehicles. In addition, these metals are used in stealth technology. And this is not to mention the iPhones and iPads, and computers of all stripes.

Our journalists like to describe Europe’s energy dependence on Russian oil and gas. Well, of course - at least in something they depend on us. Indeed, about 33% "blue fuel" there are ours. But ... Europe’s dependence on our Russian REMs is much more serious - 50%, but for some reason they don’t write about it. I don’t know how much we sell them to Europeans, but ... you can imagine what will happen to their market and industry if we suddenly don’t. Of course, then China will come to the aid of Europe, but for now the court will let it happen ... an economic collapse will happen. The most expensive rare-earth metals are terbium, neodymium, europium and lutetium.

And it is not surprising that in the United States several years ago they developed a possible scenario for a future war called ... “War of Neodymium”. That is, if they don’t give us the resources, we take them by force! The reason for this force scenario is obvious and very simple. The USA, having its own rare-earth metals, do not have the necessary ones and receive from China 91% of the rare-earth metals it needs! And no one, by the way, talks about import substitution and the threat to national security. Everything is easier - they give - well, they won't give it - then we will show them!

Do you remember how at one time representatives of our “patriotic forces” shouted about the food security of Russia? And this is with huge land areas and pastures ... And then, in essence, the ALL MODERN INDUSTRY USA, an industry oriented for the future, works under the Damocles sword of raw material dependence on China and ... in general, nothing. Russia, by the way, also supplies US REMs, but only a little - just 1% of what they need. Well, yes, there is a scenario of war for neodymium, but after all, every normal country must have plans for the case of "emergency situations". It would be strange if they were not among the States. This is again about trusting the media. Those are perverted in writing headlines, one is more terrible than the other, and Russian titan, like the USA, was supplied, and it is supplied, and for them it’s important that each second leg of the chassis of their modern airliners is made of Russian titanium.

And, by the way, for some reason, none of our political leaders are afraid of some sort of unfriendly actions against their children. That they were kidnapped there, or something else ... Good security? Or maybe simply because everything has been paid for the years ahead and is undesirable for anyone to lose such income? “And what do they all say then? - exclaims again "someone." And the answer to this will be this - and the abuse on the collar does not hang, call at least a pot, just do not put it in the stove! New military threats - increases the value of shares of military companies. And among their shareholders, aren't there any of our firms, and isn’t our state itself the holder of American securities? This means that all people have only one benefit. Well, the realization of children's fears is also good - any psychologist will tell you that sometimes it is necessary to be a little afraid. This “burns” our subconscious fears, so leaks of information about the plans of the “war for neodymium” are very necessary in all respects ... As well as horror stories about the fall of a huge meteorite or about the end of the world. And, although this war in the named document of the Pentagon and is spoken in sufficient detail, and something there, of course, painted: Die erste Kolonne marschiert, die zweite Kolonne marschiert ..., this is clearly another "horror story" for "sheep and rams" . In fact, about what, about what, and you can always agree on supply quotas ...

Ctrl Enter
Noticed oshЫbku Highlight text and press. Ctrl + Enter
We are
About Stalin and KhrushchevWhat you didn't want to know about England
Military Reviewin Yandex News
Military Reviewin Google News
61 comment
Information
Dear reader, to leave comments on the publication, you must sign in.