Vladimir Putin: The situation in the world is increasingly chaotic 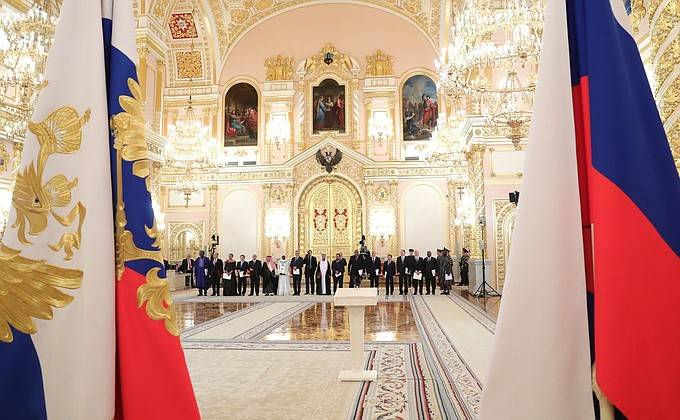 President of the Russian Federation:
You are entrusted with a very responsible and important mission - to promote in every way the development of relations between the states you represent and Russia, to strengthen the political dialogue for this purpose, to expand trade and economic ties, to deepen humanitarian and cultural contacts and exchanges between people.

Judging by the chaotic situation, one can judge by the situation around Syria, by the civil war in Ukraine, by the endless series of US exercises off the DPRK coast, by advancing NATO eastward, by hysteria around the strange poisoning of Skripale, by the conflict in Yemen and Afghanistan, by Libyan attacks, by the growth of the area of ​​occupation by militants of terrorist groups in central Africa, on the situation on the border of Israel and the Gaza Strip. The list goes on.