This is the end! Klimkin supported Trump's tweet about rockets

April 11 2018
97
Ukrainian Foreign Minister Pavel Klimkin supported the words of the American leader Donald Trump, who called on Russia to prepare for a possible strike against Syria. 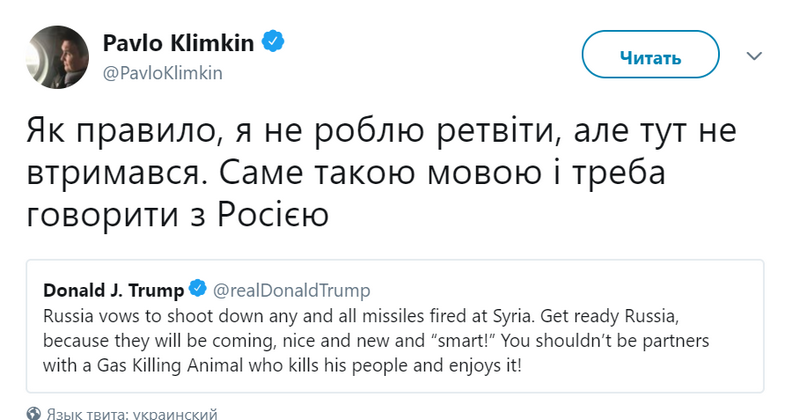 As a rule, I do not retweet, but I could not resist here. It is in such a language that it is necessary to speak with Russia.
- wrote the Ukrainian minister on Twitter.

Klimkin also made a retweet of the message, in which Trump wrote that the relationship between the United States and Russia is currently at its lowest level.

Earlier, Trump advisers recommended a series of violent attacks on several targets in Syria during the day. This should be the answer to the intended use of a chemical weapons in the city of Duma.