April 11 2018
15
Ukrainian security officials opened fire on Donetsk on Wednesday morning; more than 200 mines and shells were fired on the outskirts of the city. In just the past day, almost 30 ceasefire violations were recorded, seven people were injured, according to the operational command of the DPR 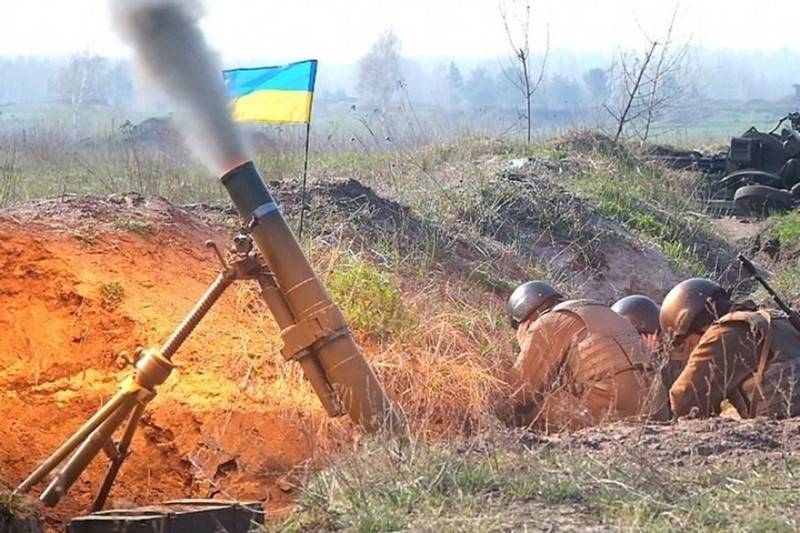 The situation on the line of military contact sharply exacerbated. The truce is once again criminally disrupted by the Ukrainian side
- said Basurin.

The situation is aggravated by the command of Kiev’s attempt to provoke the militia to return fire during a visit to the region by representatives of Western countries, RIA reports News

Yesterday Poroshenko met with the Minister of Foreign Affairs of Germany. The German minister confirmed that he would soon visit the conflict zone. In addition, today the temporarily occupied territories of the Donetsk region to meet with representatives of the occupation authorities are visited by the Prime Minister of Lithuania Saulius Skvernyalis
- noted Basurin.

According to him, the Ukrainian security forces are trying to provoke the DNR militia to return fire and "fix it for accusations at the international level."

At the same time, the Prime Minister of Lithuania will be exposed as the main witness of the attacks.
- added Basurin.

Ctrl Enter
Noticed oshЫbku Highlight text and press. Ctrl + Enter
We are
A summary of the events in the DNI and LC for the week 31.03.18 - 06.04.18 from voenkar MagSummary of events in the DPR and LPR for the week of 24-30 March from the military commissar "Mag"
Military Reviewin Yandex News
Military Reviewin Google News
15 comments
Information
Dear reader, to leave comments on the publication, you must sign in.