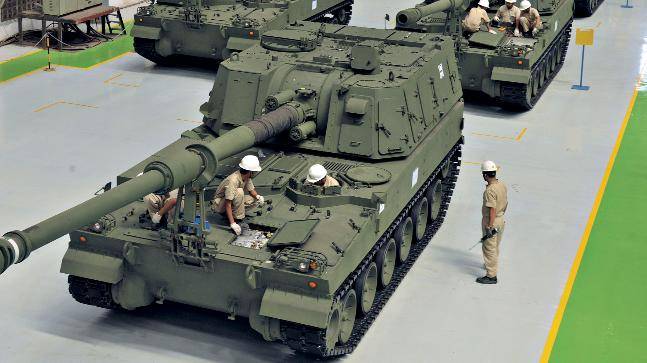 In fact, these machines were completely manufactured in South Korea by the Hanwha Techwin division of the Hanwha corporation, and only their retrofitting was made at the L&T company.

The contract for the supply of 100 artillery systems worth $ 710 million was concluded in May 2017.

"According to the contract, the first ten K9 Vajra-T self-propelled guns are delivered from South Korea from Hanwha Techwin within 11 months from the date of signing the contract, and the remaining 90 are to be assembled at L&T in Khazira with a 50 percent localization level," the material says. 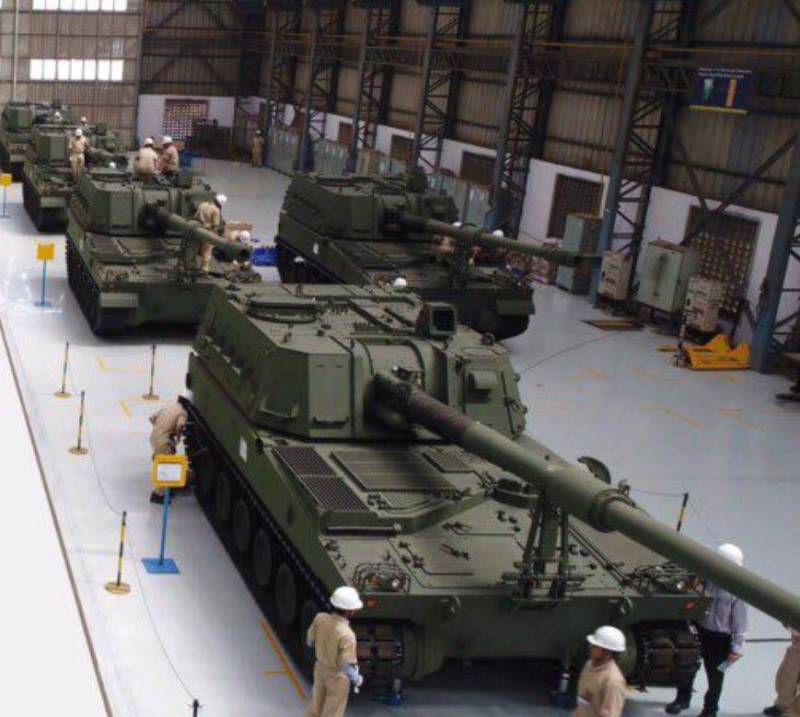 Deliveries of all vehicles must be completed within 42 months from the date of conclusion of the contract (by November 2020 year).

Resource reference: “Within the framework of production, L&T will produce a hull, a turret, an ammunition supply mechanism, a fire control system, a radar for measuring the speed of a projectile, a system of protection against weapons of mass destruction, air conditioning and fire extinguishing. Also, the Indian industry will supply the BEL FOG navigation system, the thermal night vision system and the STARS-V Mk 3 radio communication system (a total of 13 Indian-made systems are planned to be used). Thus, the swinging parts of the howitzer themselves will apparently be entirely imported from South Korea, and the engine and transmission from Germany. 12,7-mm NSV machine guns (probably meaning "Kord") will be imported from Russia ”.