Algerian Air Force plane crashed. Onboard, there were up to 200 military personnel

April 11 2018
25
The Il-76 military aircraft of the Algerian air force crashed near the Bufarik airport in Algeria. The incident occurred in the province of Blida near the capital of the country. The plane crashed shortly after takeoff from the airfield of the military base in Boufarik. According to media reports, immediately after the fall, the board caught fire. 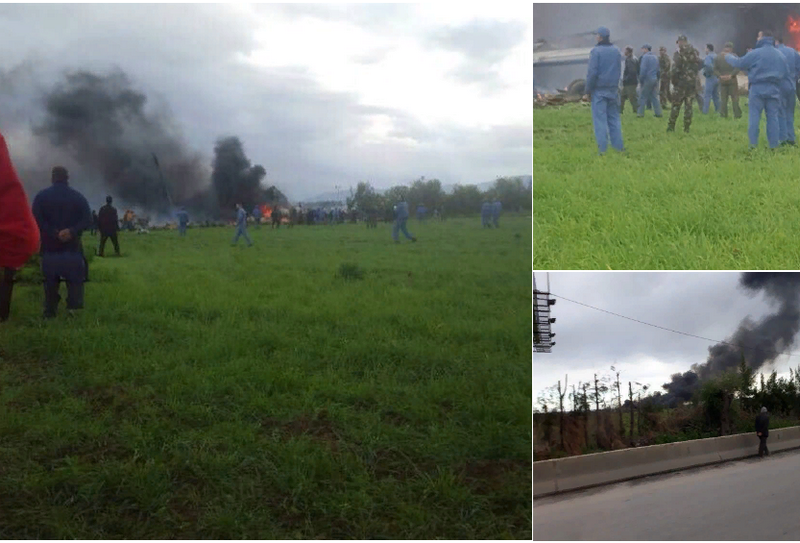 Official statements of the Algerian authorities about the disaster yet. On board the aircraft were more than 200 military personnel. In all likelihood, they all died.

News Alg24 portal, in turn, reports that the IL-78 plane crashed. The accident occurred in the agricultural zone near the city of Blida on Wednesday at about 08:00 local time.

14 ambulances were sent to the scene. Traffic on nearby roads is blocked.

It is reported that the incident occurred a few minutes after takeoff.

There are no survivors of a military plane crash in the north of Algeria, an Algerian military source told Al-Arabiya satellite channel.

Ctrl Enter
Noticed oshЫbku Highlight text and press. Ctrl + Enter
We are
Reports from the militia of New Russia for 27-28 September 2014 of the year
Military Reviewin Yandex News
Military Reviewin Google News
25 comments
Information
Dear reader, to leave comments on the publication, you must sign in.