How to revise the history of World War II

April 30 2012
78
The article “Military Review” recently published an article devoted to how numerous attempts have recently been made to link the strategy and tactics of warfare of the Soviet (Russian) army with unnecessary and unjustified victims. They say that the Russian generals have only one tactic: to achieve victory at any cost. The saddest thing is that sometimes even in school textbooks stories their authors, whole battles turn into examples of thoughtless bloodshed, which, according to the same authors, could have been avoided. Whether it can be considered an entire planned campaign is difficult to say, but the fact that such publications and materials become suspiciously much is a fact. 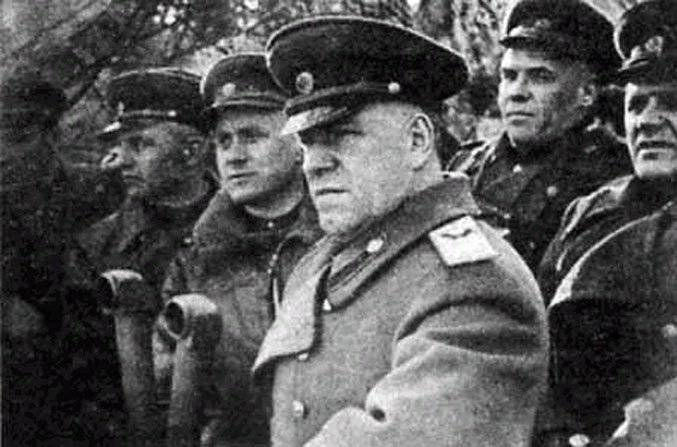 Especially a lot of materials began to appear in which they are trying to review the events of the Great Patriotic War. And, as it is known, if today we can subject individual historically episodes of the most terrible war in the history of mankind to doubt, then tomorrow and its outcome will be easily adjusted to the level needed by someone.

One of the very battles in which many journalists, writers and historians see an example of unjustified bloodshed by the Soviet army is considered to be a battle on the outskirts of Berlin. Its official name is the assault on the Seelow Heights. This operation was carried out for three days under the command of Georgy Zhukov.

One of the main critics of the actions of Marshal Zhukov on the Seelow Heights is the writer Vladimir Beshanov. The retired officer, Beshanov (born, by the way, in 1962), is convinced that the Seelow three-day assault (16-19 in April of 1945) was an absolutely senseless undertaking by Marshal Zhukov, as he led to numerous losses from Soviet and Polish allied troops. In addition, Vladimir Beshanov believes that Zhukov did not even go for an operation, but for a primitive frontal assault, which allegedly shows that the marshal rushed to Berlin at any cost to outrun his rival generals in order to get all the laurels of the winner. With these words, Beshanov once spoke on Ekho Moskvy radio and, by the way, managed to find a large number of radio listeners supporting his personal point of view.

But it’s not even the position of the writer Beshanov that surprises, but how quickly our attitude towards this or that historical event or this or that historical person can change immediately after the words heard on the air. Like, if a certain retired naval officer said, then it really was so: the bloodthirsty Zhukov literally, sorry, flooded Berlin, walking over the corpses of his own soldiers to curry favor with the Supreme and get another batch of orders for the chest. And such a version was quickly raised “in arms”, starting to replicate with enviable regularity. New authors appeared who were also sure that Zhukov did not have to go ahead, but let Konev take Berlin and then jointly suppress the German armies concentrated on the Seelow heights.
Now it is necessary to understand the “bloodthirstiness” of G.K. Zhukov on Seelowwhat is called, with a cold head and without attempts to make a single sensation out of a single historical event, with revelations of historical characters.

For a start it is worth saying that during the operation on the Seelow Heights, Soviet troops lost about 25000 people. It seems that in three days these are really serious losses. However, very often the authors of these very human losses 25000, for some reason, immediately record irreversible losses. In fact, this number does not mean 25000 killed. About 70% of the discussed 25000 - the wounded, who then, as they say, got into operation. Yes, and how could there have been smaller losses with such an active onslaught, which was demonstrated by the Soviet troops.

The question is: why did Marshal Zhukov decide to strike Wehrmacht positions on the Seelow Heights from the north, but simply did not wait for Konev’s armies from the West, which by that time could have occupied Berlin themselves. And Zhukov himself and military historians who work closely on the subject of the Berlin operation repeatedly answered this question. The fact is that Zhukov didn’t just hit the Seelow Heights, but in fact pulled the main forces of the German forces away. The whole German army (the ninth) was first surrounded and then destroyed even before the start of the battles for the capital of the Reich. If Zhukov didn’t go for this operation, then the same Konev would have to face much greater forces of the Wehrmacht in Berlin than those that happened there after the Zhukov Seelow strike. In the German capital itself from the East managed to break through the few remnants of the 56 of the German tank corps (about 12500 thousands of fighters from 56000), who stood on the Seelow heights until the impact of Zhukov’s armies.

It is safe to say that these forces (12500) were for the German defenders of Berlin weak support, and that is why the Soviet troops took the capital of the Third Reich fairly quickly. You can imagine how that 9-I German army would lead itself if they simply passed by, rushing to Berlin. She would simply change the attack vector and strike Zhukov’s armies either on the flank or on the rear, and Zhukov would have had more casualties. About this, in particular, spoke General Jodl at the Nuremberg trials. According to him, the German military units expected exactly that Zhukov would lead the troops around and would not dare to strike at the front on the Seelow Heights. But Zhukov took a non-standard step, obviously confusing the Wehrmacht command cards. Such a “primitive” move (according to the writer Beshanov), which led to the defeat of the whole German army in just a day's 3. By the way, in that operation, the German Army Group Vistula lost more than 12300 people just killed. This is to the fact that some authors say that the troops of the Third Reich in any battle suffered minimal losses, and the troops of the Land of Soviets washed their own blood ... 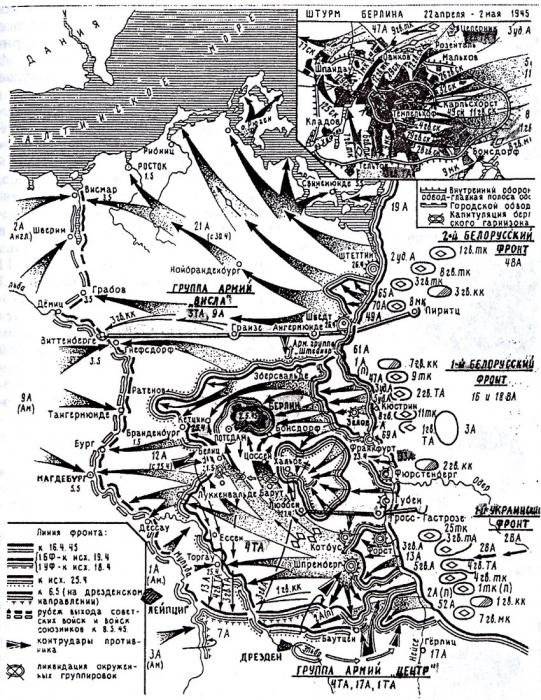 The authors of critical articles aimed at Zhukov, believe that the marshal himself had to wait for Konev, who would have taken Berlin without him: that the losses of the Soviet troops would have been minimal. However, it is completely incomprehensible why it was suddenly decided that Konev would have taken Berlin on his own. In the end, seeing that Zhukov remains in his position, the same Wehrmacht 9 Army could not send 12500 "bayonets" to Berlin, weakened by the fighting east of Berlin, but several times more and, as they say, fresh. And this would obviously have delayed the capture of the German capital itself, and, as a result, would increase the number of casualties on the part of the Soviet units.

It turns out that the criticism of the actions of Marshal Zhukov during the Berlin operation is completely groundless and does not have any solid grounds. In the end, seeing oneself as strategists when a certain number of years separate from the historical event itself is much easier than making difficult decisions during these events.

Let's hope that when creating history textbooks, the authors will rely on real historical facts, and not chase after a sensation. Trying to benefit from the blood of their ancestors - at least immoral, and by and large - is criminal! It must be remembered that the majority of Russian schoolchildren today mostly assess the course of history according to paragraphs of textbooks, which means that no thought experiments and “author’s versions” are simply unacceptable here.