The situation in Syria. Fights in the south of the country

April 11 2018
60
The destroyer of the US Navy approached Tartus. The explosion of a residential building in Idlib killed 29 people and suffered more than 150. Reports about it FAN with reference to Syrian sources. 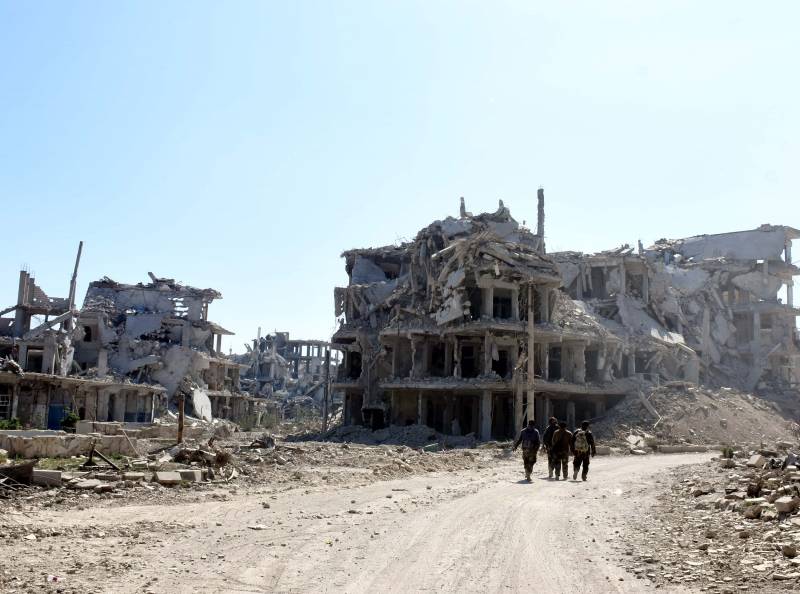 The USS Navy missile destroyer USS Donald Cook approached the Syrian port of Tartus, where the Russian Navy logistics center is located. In turn, the American aircraft carrier Harry S. Truman headed for the east of the Mediterranean Sea. The reason for the return of warships of the US Navy to the shores of Syria was trumped-up charges against Damascus about the use of chemical weapons by the Syrian army weapons in the city of Duma. At the end of the day, the aircraft of the VKS of the Russian Federation began to make reconnaissance flights in the region of Tartus.

In the morning, 70 buses with militants of the opposition group “Jaish al-Islam” (* banned in the Russian Federation) and members of their families entered the province of Aleppo. In the city of Afrin, which, under the “Olive Branch” operation, pro-Turkish groups had taken control, the Syrian Free Police was created. According to the Ministry of Defense of Turkey, in the course of the operation, more than 4 thousands of SDF militants were destroyed in total.

In the province of Daraa, fighting continued between the Syrian Arab Army (CAA) and illegal armed groups. Artillery of government troops fired on militant positions in the east of the region.

An explosion occurred in the administrative center of Idlib province. The incident killed 29 civilians in the capital of the region, another 154 civilians were seriously injured. Local sources wrote that search and rescue operations are still underway at the scene. Meanwhile, the Russian aviation inflicted a number of attacks on the fortified areas of the terrorists Jebhat al-Nusra (banned in the Russian Federation) in the south of the province.

A roadside mine exploded east of Al-Shaddadi (Hasaka Province). The incident killed several fighters of the Syrian Democratic Forces (SDF). Later, the Western coalition air forces launched a series of strikes against populated areas in this part of the region. Recall, a few days ago, local militias, who defended the population of the province from harassment by the Kurds, undermined a convoy of US vehicles on the road to Al-Shaddadi. The explosion killed 6 servicemen, another 8 people were injured.

Ctrl Enter
Noticed oshЫbku Highlight text and press. Ctrl + Enter
We are
A coalition led by the United States is preparing a hybrid strike on Syria. "Green berets" seen in the "el-Babskiy bridgehead"Ankara went to unexpected measures in an attempt to beat Moscow and Damascus. Commando and "al-Nusra" in Tayip's cunning plan
Military Reviewin Yandex News
Military Reviewin Google News
60 comments
Information
Dear reader, to leave comments on the publication, you must sign in.