April 10 2018
14
The Foreign Ministers of Argentina and France signed an agreement according to which the Argentine Navy will acquire from the presence of the French fleet the P725 L'Adroit patrol ship of the Gowind type, and they will also order three new almost identical ships (Gowind OPV 90) from the French company Kership, reports bmpd With reference to the newspaper Ouest-France. 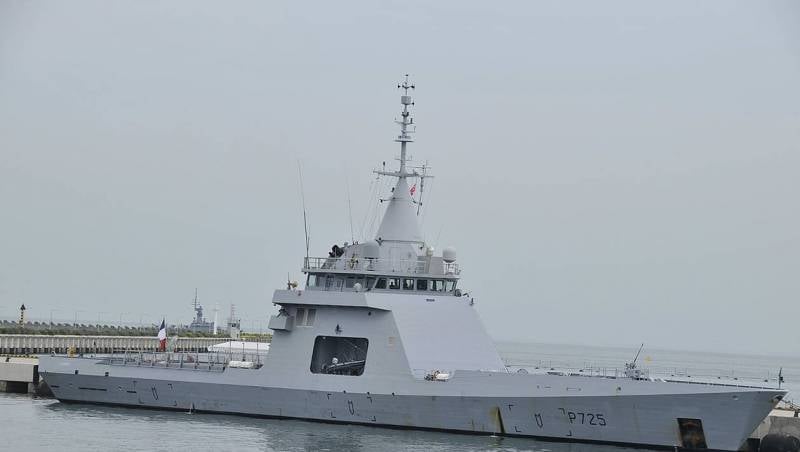 The patrol ship P 725 L'Adroit of the Gowind type, which is planned to be acquired by Argentina, is now part of the French Navy.

According to the newspaper, "the final contract with an estimated value of about 300 million euros must be signed by Argentina and Kership (a joint venture of the French Naval Group and the French shipbuilding company Piriou) during the current year."

Three 90-meter Gowind-type patrol ships will be built at the shipyard in Loriana.

Resource certificate: “The patrol ship Р 725 L'Adroit was built in 2011 year in the arsenal in Loriana at its own expense by the French shipbuilding association DCNS (the current Naval Group) as the lead demonstrator of the Gowind type (in construction and testing, it was called Hermes ). In 2012, L'Adroit was leased to the French Navy for a three-year term for use as a patrol ship, with the lease period extended by 2015 based on annual agreements (the last one-year agreement was concluded at the beginning of 2018). In the past few years, the Naval Group has been actively seeking a buyer abroad for this ship. ”