Not for nothing. Approximately 40 C1 armor complexes delivered to Syria

April 10 2018
129
In recent years, Russia has supplied Syria up to 40 of missile-cannon air defense complexes "Cristal С1", reports RIA News with reference to a source in the Ministry of Defense of the Russian Federation. 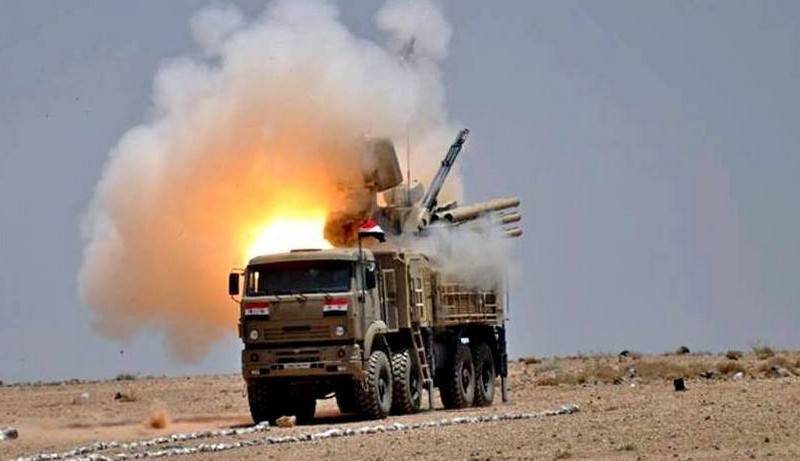 It is about exporting, not about supplies from the presence of the military department.
- clarified the interlocutor of the agency.

The Pantsir short-range air defense system is designed to intercept air targets within 20 kilometers. The complex can operate independently, knocking down missiles, airplanes and other means of air attack, both automatically and at the command of the operator. Up to six "armor" can be combined into a battery via a digital network - in this case, the targeting will be issued by one of the combat vehicles or an external source. According to the results of combat use in Syria, the complex was refined - in particular, the Pantsir was taught to shoot down missiles with which the terrorists tried to fire on the Russian Khmeimim airbase.

Recall, on Monday, the Syrian air base of Al-Tifor has undergone a rocket attack. The Ministry of Defense of the Russian Federation blamed it on Israel, there was no comment on the incident. Five of the eight missiles launched at the airfield were shot down by Syrian air defense forces.

Ctrl Enter
Noticed oshЫbku Highlight text and press. Ctrl + Enter
We are
Moscow and Minsk will multiply the former strength of the air defense of fraternal Serbia: C-300, "Baikals" and "MiGs" for Belgrade
Military Reviewin Yandex News
Military Reviewin Google News
129 comments
Information
Dear reader, to leave comments on the publication, you must sign in.