The United States discovered the EW system on the Spratly. China responded

April 10 2018
20
China considers the disputed islands of Nansha (Spratly) to be the sovereign territory of the PRC and has the full right to place the necessary military equipment on its territory to protect its state sovereignty and national security, said Zhen Guoqiang, official spokesman for the PRC. 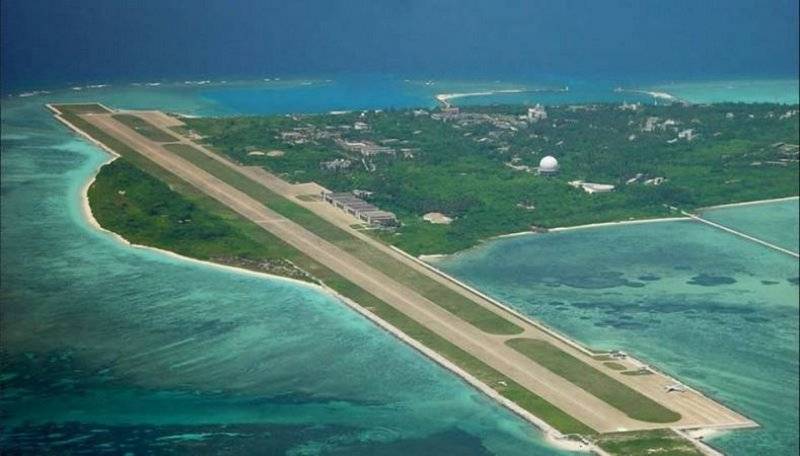 Nansha Islands - the territory of China. Placing the necessary military equipment on the islands is a natural right of a sovereign state. It is not directed against any country in the interests of protecting its sovereignty and security, in the interests of ensuring freedom of navigation in the South China Sea, as well as ensuring regional peace and stability.
- Said in a published statement of the Defense Ministry of China.

Earlier, the Wall Street Journal reported that China placed special equipment of electronic warfare on the disputed islands of the Nansha Archipelago in the South China Sea at two of its fortified outposts, reports RIA News. According to US intelligence, the new jamming equipment has been deployed over the past 90 days on the reefs of Myschif (Meiji) and Fire-Cross.

Ctrl Enter
Noticed oshЫbku Highlight text and press. Ctrl + Enter
We are
“Limping” credibility of the purchase of “Rafale” and “Gripen” for the Vietnamese Air Force in the light of the “fight” for the Spratly
Military Reviewin Yandex News
Military Reviewin Google News
20 comments
Information
Dear reader, to leave comments on the publication, you must sign in.