The birth and death of the seventh aircraft carrier. Catapult 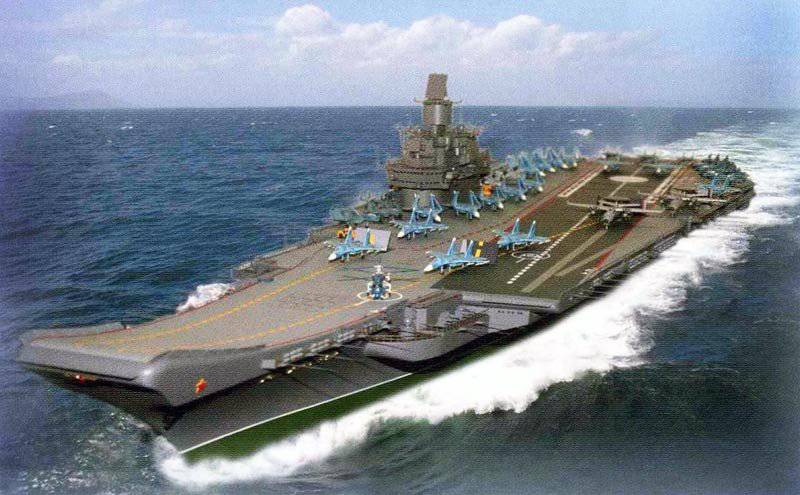 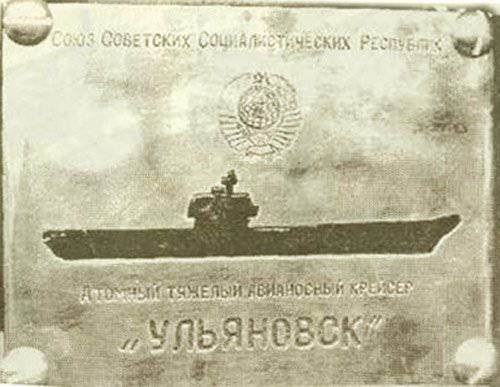 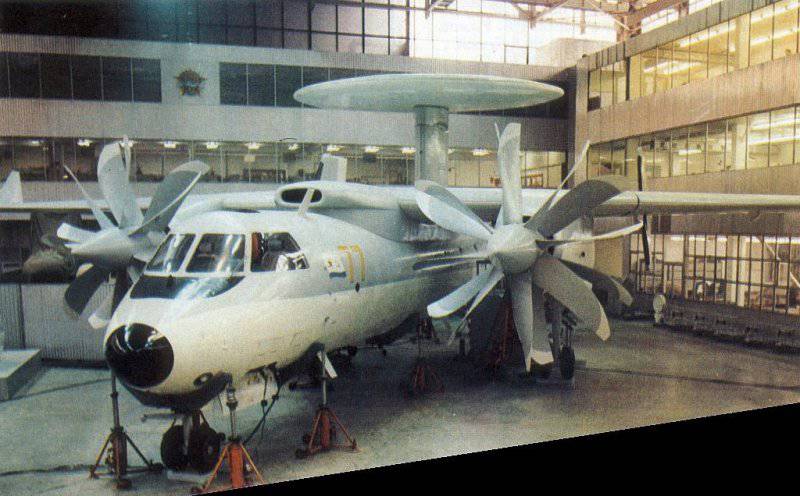 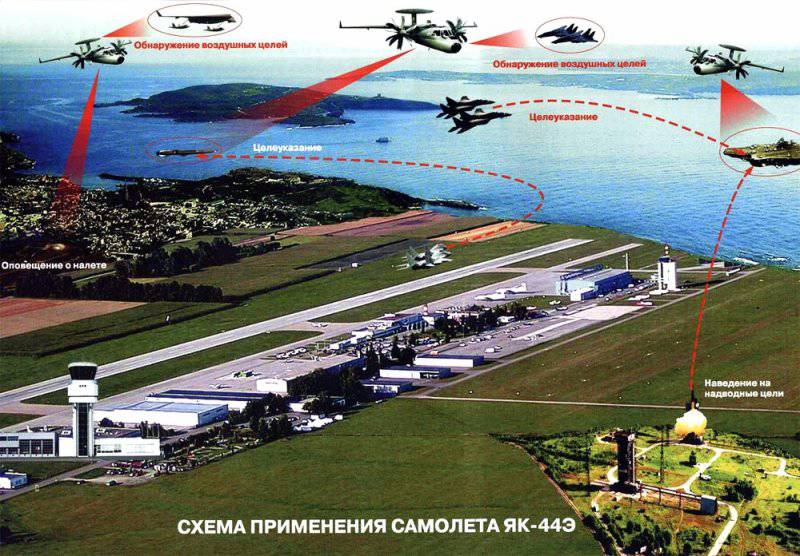 The first catapults to launch ship planes appeared on Soviet ships even before the war. (K-3 battleship "Paris Commune", KR-1). The experience of their use was short-lived and unclaimed. 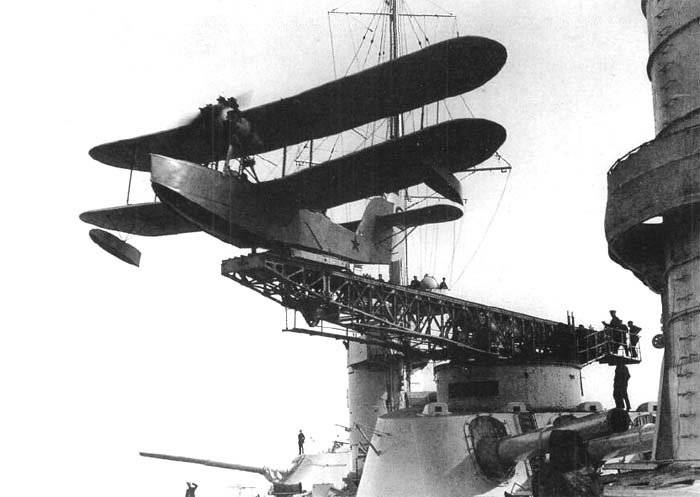 Even when they started talking about building aircraft carriers in the 70s, the syndrome of fear of the catapult, as before something unknown and inaccessible, remained.
[Center]

And yet, the catapult (officially called the accelerating device) for testing the arresting units was made by installing it to the 1986 year at the ground testing site "Thread" (the free name 23 NIITK, which then got accustomed). This polygon with a steel airfield in the form of a ship's deck was built in the Crimea, at the airfield of Novo-Fedorovka, which the Germans made during the war years for the bombing of Sevastopol. In the summer of 1982, on the "Thread" they conducted flight tests of the Su-27 and MiG-29 on the Т1 springboard (8,5 ° angle), which was supposed to be for the shortened takeoff of the Yak-41, a year later, the Svetlana-2 airfreader was tested. at first it was assumed to ensure horizontal landing of the Yak-41) - September 1 1984, the well-known ace V.G. Pugachev sat on them, on the prototype Su-27К. In 1985, the planes of the usual scheme began to take off from the steeper springboard T2 (angle 14 °), adopted for the TAKF project? and to sit down already with braking on aerofinishers. 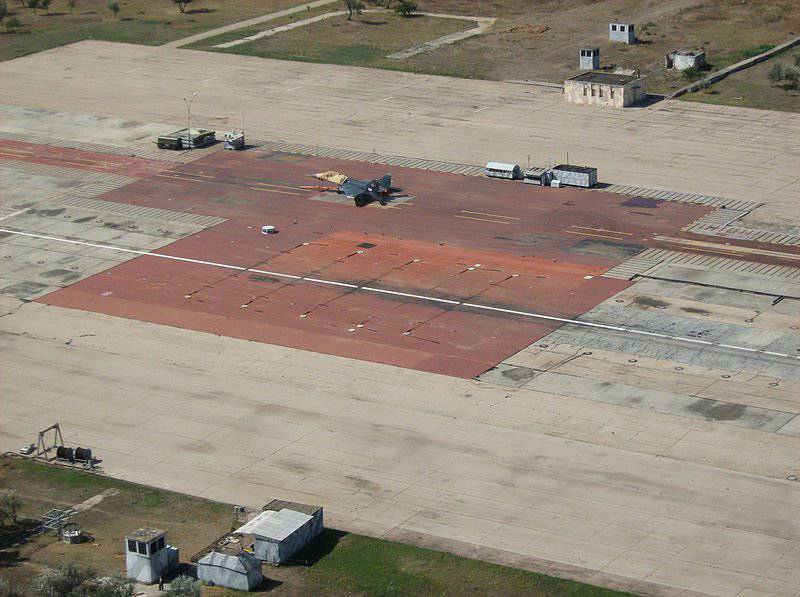 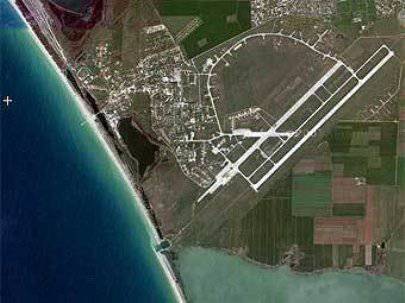 The accelerating device (as well as aerofinishers) designed and manufactured the Proletarsky plant, having worked out the basic questions of principle on a layout on the scale of 1: 10. In the middle of 1983, they began the production of a full-scale specimen for installation at the site. It was a slotted cylinder with a length of 90 meters, with a slot sealing system and external heating. The working steam into the cylinder came from the power unit located in the boiler room.

Cooling water to the condensers was fed through a pipe with a diameter of 1,5 meter. The initial tests were carried out with 14-27 tons loading machines, which were accelerated to a speed of 180-250 km / h. At the same time, the push force was considerable — once the truck of the loader did not grab the arresting gear cable and sped off 2,5 kilometers (!) Across the field. ^

There were several characteristic crashes; the catapult's shuttle broke the coupling with the cart and went off without a load at a speed of about 400 km / h, destroying the nasal brake sections of the catapult cylinders. Then there was no water on the brake section and a dry blow led to the destruction of the shuttle pistons and brake sections.

7 on August 1986 of the year were the first idle starts of the catapult, 29 of August on the cart. During the tests, all systems were tested, mass and speed calibrations were carried out, all the required characteristics were achieved in terms of cycling, warm-up time, ultimate overload, etc., that meet the technical requirements. The aerofinisher and the emergency barrier were presented for interdepartmental tests, which were completed in 1988, then sent to Tbilisi (it was known that the catapult was abandoned and she switched to Ulyanovsk). 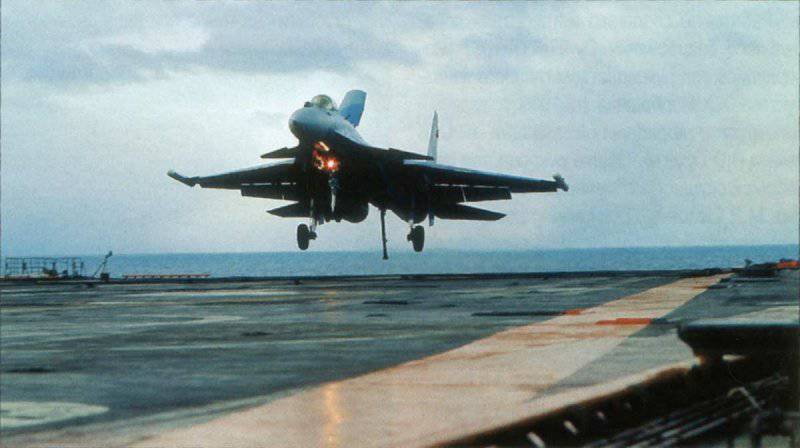 In short, you can talk about the aero-finisher, which is based on a brake machine weighing about 100 tons and dimensions 18 x 2 x 1,5 meters. The machine works on the principle of volumetric displacement of the working fluid from the brake hydraulic cylinder (diameter 495 mm and length about 6 meters), through the control valve to the hydraulic accumulator. Before landing, the hoisting system (all of them are 4 and they are placed one by one through 13 meters) are pushed over the deck by 300 mm. When landing, the aircraft hooks up the receiving cable stretched across the bridge (the second cable should be seized from the stern) and, moving by inertia 80-90 meters, pulls the branches of the brake cables, which
through the chain hoist, the piston rod is set in motion. Thus, by maintaining the required oil pressure in the hydraulic cylinder through the control valve, the brake machine provides for an airplane stop for about 2 seconds if the 4,5g is overloaded. Each receiving cable is operated by its own machine; if necessary, an emergency barrier is attached to the last one, the principle of which is to stop the plane. After stopping the aircraft, the working fluid is cooled and pumped back. In the domestic marine engineering industry, the parameters of the mechanisms of the take-off and landing complex had no analogues in terms of the process speed and the pressure developed in the hydraulic cylinders — when flowing during an airplane braking period, the oil heats up to 110 degrees in two seconds!

The 11437 project initially assumed three catapults. During the review and approval of the drawings, the debate did not stop: the aircraft designers did not engage in an ejection launch, arguing that the catapults would worsen the flight qualities of the aircraft, increase the accident rate, they themselves would explode, they would freeze in the North and even take off even for a turbo-prop twin-engine Yak-44.

Gradually, the ChSZ engineering personnel began to incline towards this, only sailors and designers did not agree, knowing full well that a horizontal forced start would increase the combat load of the aircraft, expand the range of naval aviation use according to wind characteristics, make it possible to start even with a pitching and rather strong rolling motion, make it easier for pilots to take off without a sharp jump (jokes with jokes, and it is not recommended to take off without a preliminary enema on the springboard). Unfortunately, the catapult on the "Thread" has never been used to take off real aircraft, although they were accelerated many times to test the hook engagement. It was planned to test the catapult and the DRLO aircraft on the 11436 (Varyag) project, but these plans were not realized. 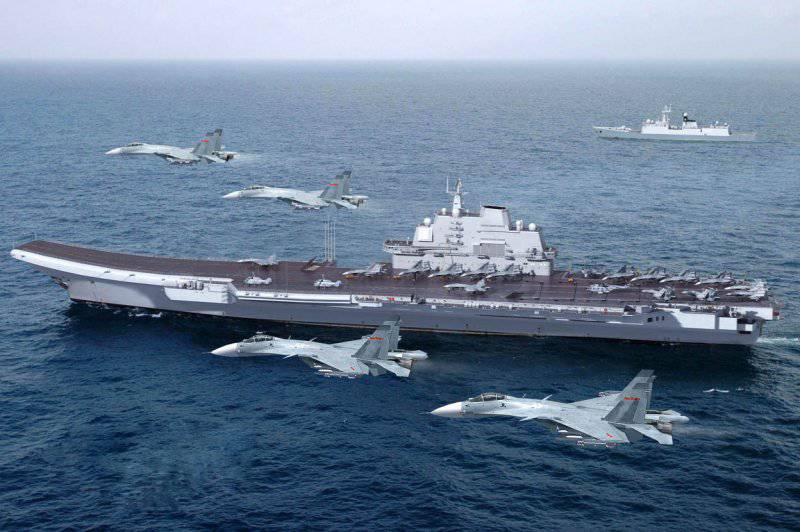 Fluctuations in the number of “accelerating devices” began in the new shipbuilding industry minister I.V. Koksanova- he appointed the date of the relevant meeting for a decision. Most likely, the result of this meeting would be the abandonment of two catapults (although it would probably have left one for final finalization), which were proposed as an addition to the nasal springboard.
Perestroika broke out and the catapult went away. historywithout having had time to show their advantages and disadvantages. Probably S. Gorshkov was right when he said: “If we don’t put a catapult on the G-7, history will not forgive us for that”. 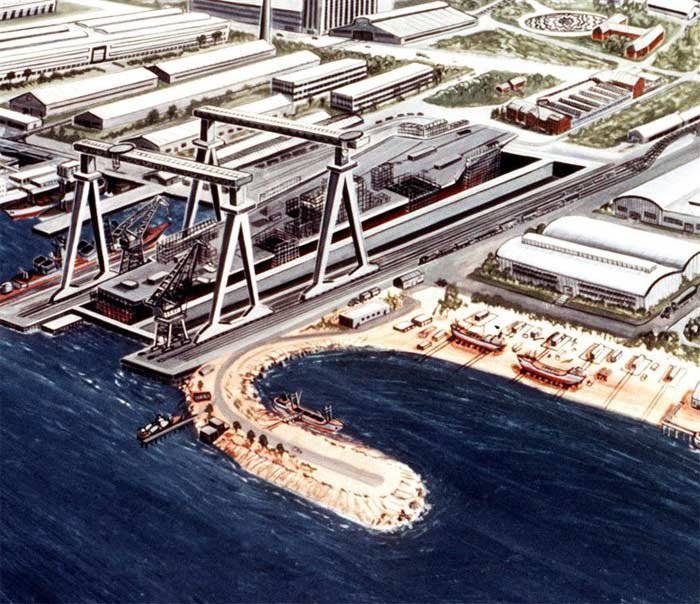 Construction of the aircraft carrier "Ulyanovsk" on the CVD No. XXUMX in Nikolaev, a hypothetical figure (Soviet Military Power, 444)
Navy of Russia- "MY FRIEND" (song in German - impressiveI recommend to listen):