In particular, American professors demonstrated the capabilities of US unmanned vehicles. At one of the lectures there was a discussion of the format of the use of the American reconnaissance-impact UAV MQ-9 Reaper. 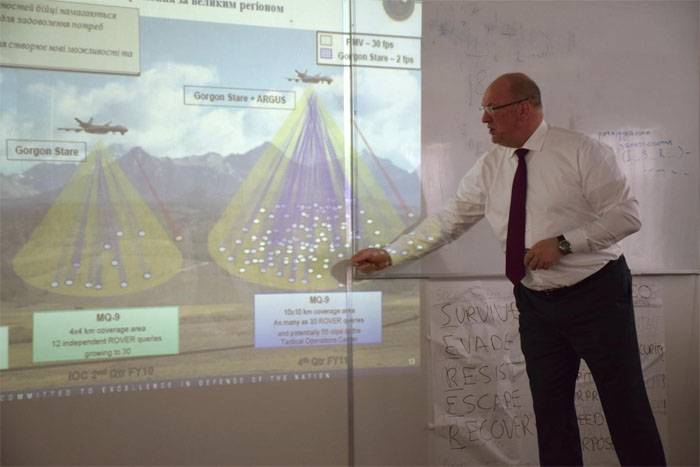 From this we can conclude that the United States plans to continue to provide the Ukrainian Armed Forces with data from its unmanned reconnaissance and percussion means for planning special operations. It is not difficult to guess what territory for the attempt to implement these operations can be discussed.

There was also a lecture from the “Traditional Support” series, when an American teacher told Ukrainian “cadets” about the interdependence of various departments in the implementation of the planned headquarters operation. 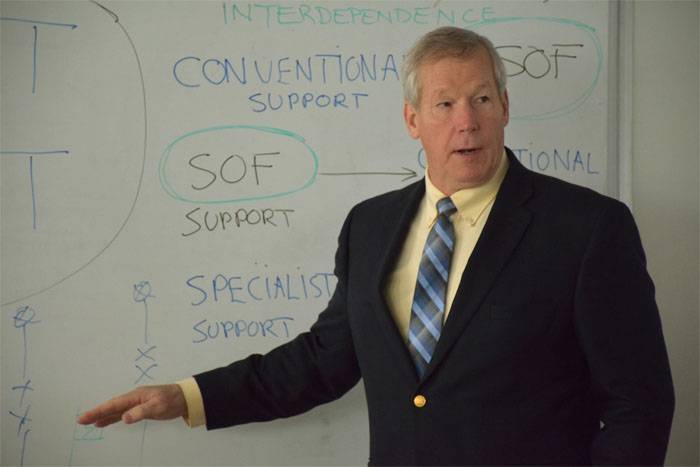 Ukrainian military servicemen passed an examination on drawing up an algorithm that provides for cases of actions when planning special operations. The algorithm was supposed to suggest options for requesting support funds to complete the mission, as well as cases in which the mission can be folded. Among the reasons for the interruption of the operation, as the algorithm in the photo shows, is a “blackout” (accident in the power system). 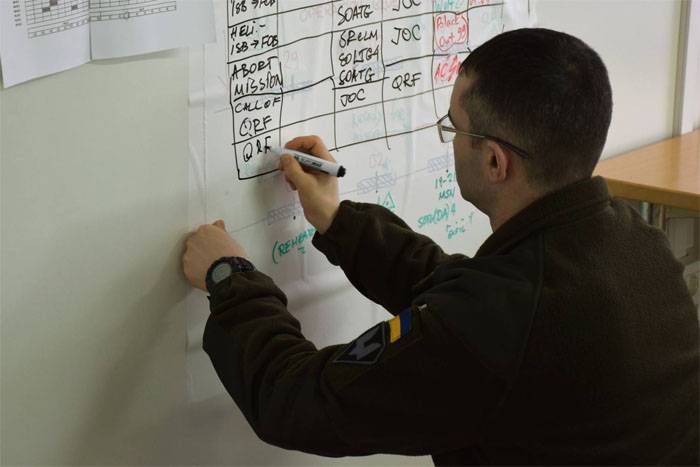 Command MTR of Ukraine:
During the course, the participants gained theoretical knowledge and practical skills in planning special operations on NATO standards and procedures. According to the Roadmap of the formation and development of the Special Operations Forces of the Armed Forces of Ukraine, during 2018-2020, the acquisition of full operational and combat capabilities, completion of re-equipment of military units and subdivisions with the latest weapons and military equipment, as well as the completion of conversion of secondary defense forces to NATO standards is planned.

Ctrl Enter
Noticed oshЫbku Highlight text and press. Ctrl + Enter
We are
Summary of events in the DPR and LPR for the week of 24-30 March from the military commissar "Mag"Armament special forces. Overview of technology and products from a Western specialist (part of 2 from 2)
Military Reviewin Yandex News
Military Reviewin Google News
54 comments
Information
Dear reader, to leave comments on the publication, you must sign in.