How does the government respond to sanctions? Work in your own country!

April 10 2018
81
Less than five years after the “Crimean aggravation” of Russia's relations with the West, the sanctions against us began to be really targeted. The new list included people and companies that were once called untouchable. But this is in Russia, I would very much like to sign up for American and European lists of untouchables, but they don’t take them. Until now, they did not touch those, without whom, as it seemed, Europe and America could not live. 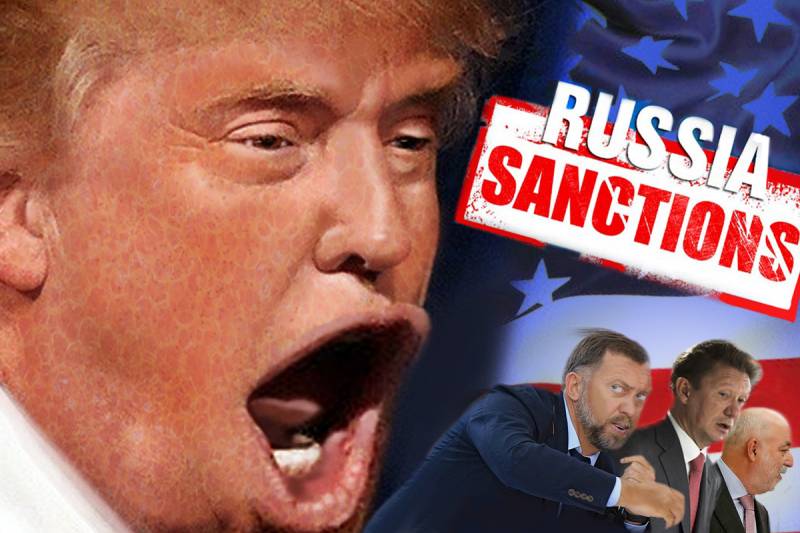 Now they are touched because the so-called list of special national structures and citizens (Specially Designated Nationals and Blocked Persons, SDN) this time also included Gazprom CEO Alexei Miller and VTB Chairman of the Board Andrei Kostin, and Renova’s owner Viktor Vekselberg and actual Host UC Rusal Oleg Deripaska. Behind them are the chairman of the board of Gazprombank Andrei Akimov, the general director of Surgutneftegaz, Vladimir Bogdanov, and also the senator-businessman Suleiman Kerimov. Many regarded the appearance of Central Bank deputy chairman Alexander Torshin in the list, which, incidentally, may be due to his previous political activities as deputy chairman of the Federation Council, as a very disturbing call.

In addition to them, the names of high-ranking officials were expectedly included in the list: here Interior Minister Vladimir Kolokoltsev, Director of the Russian Guard Viktor Zolotov, and Head of the Department of Internal Policy of the Presidential Administration Oleg Govorun and former head of the FSB Nikolai Patrushev the presidential bodyguard, and now the governor of the Tula region Alexey Dyumin. In total, the Americans decided to write to their sanctions konduit twenty-four more Russian citizens and fifteen companies associated with them.

Among the eight companies, including En + and UC Rusal, are Oleg Deripaska, at least three, not including Rosoboronexport, Igor Rothenberg, and Renova Group of Companies behind Roman Vekselberg. At the same time, the Americans still couldn’t refuse “selectivity”, leaving behind Gazprom itself and the same VTB.

The most painful, according to most experts, can be a blow to the aluminum industry, and it will affect not only Russia, but also all those who continue to buy volatile metal from us, and not only in the form of raw materials. And among these are numerous European companies that are capable of actually very actively lobbying for opposition to American sanctions. However, in the end, everything can eventually result in a trivial increase in costs for Oleg Deripaska’s structures, for which the treasury will have to pay, and in the end, for ordinary Russians. And they, as usual, are no strangers.

No, all sorts of personalities in the sanctions lists were abundant before, but there were lists of purely “politicized” ones, which are unlikely to really affect the very essence of our entire system of government. At the same time, in the spring of 2014, it was not “personal”, but “sectoral” sanctions directed against the financial sector that caused a real panic in the ranks of the business elite. However, despite the heavy losses in the TOP-lists of banks, Russia managed to wrap financial sanctions quite cleverly in their favor. Even a nearly two-fold fall in the ruble exchange rate in the fall of 2014 did not prevent the Central Bank today from reducing inflation to a level of stabilization — below 4 percent.

Yes, it cost the majority of the population quite dearly: real incomes of Russians fell by almost a quarter, but in conditions when the economic decline changed, albeit small, but by growth, income growth must recover quickly enough. Of course, provided that Russia is able to cope with the new portion of Western sanctions. For our executive authorities, the preparation of countermeasures and all sorts of anti-crisis scenarios has become a kind of sport in general. At the same time, it cannot be excluded that those characters and structures that were on the last sanction list could, and in general should have expected, something like that. It’s not for nothing that Professor Yuli Nisnevich immediately noted that “everyone was waiting for these sanctions and that this was only the beginning of the process”. So you waited! And that means they could, and should have prepared for this in advance, not counting on the fact that everything will resolve itself somehow.

Of course, binding, more precisely, the dependence of the Russian economy on the world, and hence on the American, is much stronger than the American from ours. But at the same time, the dependence of the European economy, and very tangible, on the Russian one, is taking place, and in the foreseeable future it cannot noticeably decrease by definition. Based on this, Russia will now have to act. We cannot fail to take advantage of the facts that are available simultaneously with the introduction of new sanctions. We are talking about the trade war between the Americans and China, and also about the fact that China not so long ago made the decision to switch over to calculations in yuan in a large part of its trade (read - purchases) in oil. At a time when the United States is actually pushing many of its potential partners to search for detour business routes, they thereby only stimulate the process of reducing their own dominance in world trade. In this case, is it worth proving at all that Russia simply needs to follow the path when the United States itself will, even partially and indirectly, pay for the sanctions imposed by them.

Well, the Russian public, who actually realized a long time ago, that the country's leadership in many respects perceives the oligarchs in power as a certain reality, of course, I would like to know what it is to fear. And it is better to learn this from the lips of the "victims" themselves. In the meantime, gentlemen Deripaska and Vekselberg remain silent, obviously trying to maintain the appearance that nothing terrible has happened, but Mr. Kostin is smiling at the camera at all nicely, repeating, like a spell: "We will work."

Recall that once, at the height of the 2008-2009 crisis, the current "victims" were on a completely different list - the list of recipients of anti-crisis billions, for the return of which no one even asked them. Few people have doubts that even now the Kremlin "will not abandon its own." Moreover, now the possibilities for all sorts of asymmetrical answers have become not less, but rather more. We will not repeat what Maria Zakharova, Deputy Head of the Russian Foreign Ministry, has already announced. Let's try to call something of our own: “a turn to the East” and “atomic romance” with Turkey, active trading with her, and along with Iran about what to do with Syria and how to restore it later. But there is also a vast Russia itself, where, besides the world football championship and the Crimean bridge, there is a lot of work!

Interestingly, Iran in the context of sanctions has already been remembered by the speaker of the lower chamber of the Russian Federal Assembly, who arrived there on a visit today, who believes that this is just one more attempt to contain the development of Russia. And even political scientist Dmitry Orlov, famous for his extraordinarily liberal views, did not by any chance react to new sanctions lists with a hint of irony:

“Yes, there are certain limitations that were before, mainly related to borrowing terms in Western financial markets, which makes it necessary to create new schemes to overcome these difficulties. Russian banks and companies have mastered these schemes. I do not see significant risks. ”

The irony here seems to be precisely in the last sentence, since the structures of Deripaska have already managed to lose billions from the sanctions. Perhaps a lot of this will be able to return later, but, as the stockbrokers say, it’s not the quotes that are important, but the trends. In the meantime, they, alas, are not in our favor. 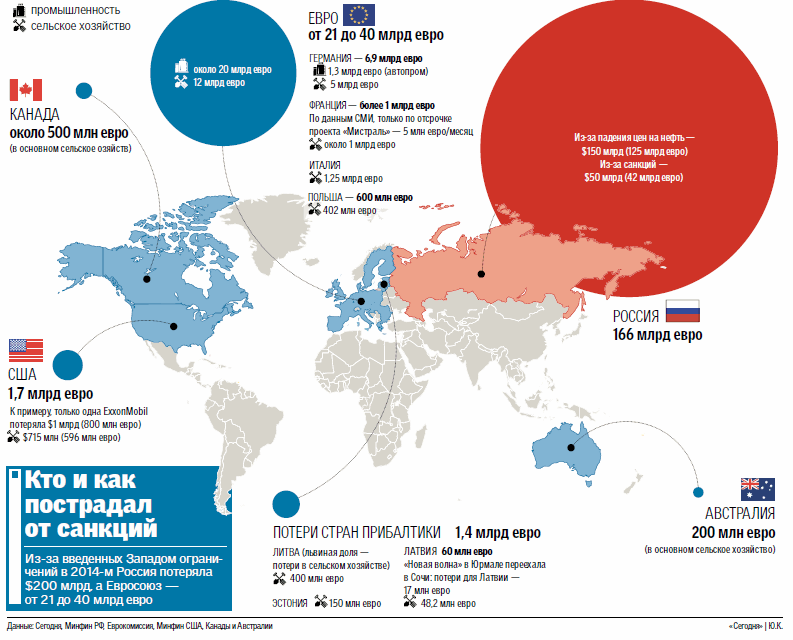 Ctrl Enter
Noticed oshЫbku Highlight text and press. Ctrl + Enter
We are
Situational analysis of the death of the MH17 flight (Malaysian Boeing 777), made on the basis of engineering analysis from 15.08.2014Strangulation: the context, conduct and consequences of the American naval blockade of China
Military Reviewin Yandex News
Military Reviewin Google News
81 comment
Information
Dear reader, to leave comments on the publication, you must sign in.