April 8 2018
41
Former Austrian Chancellor Christian Kern came down with harsh criticism of the position of the current leadership of the country, who did not support Britain in the “Skrypaley case,” reports RIA News. 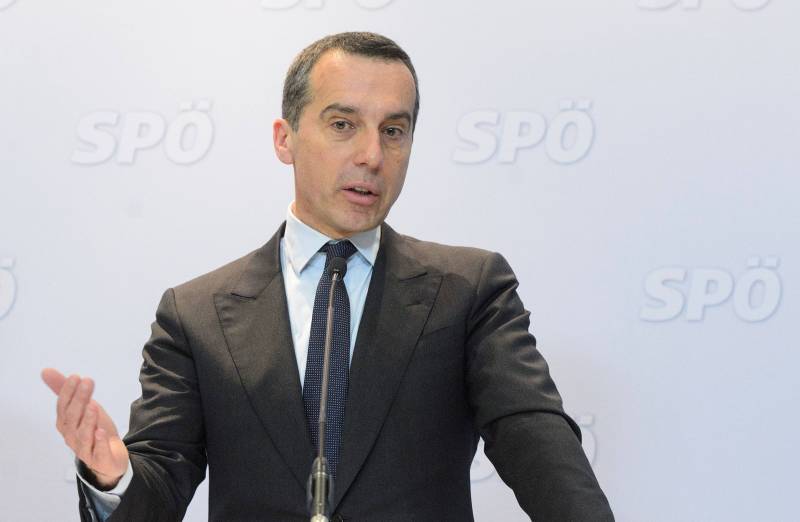 According to Kern, current Chancellor Sebastian Kurtz is pursuing an "erroneous and inconsistent policy."

Kurtz needed to “either implement the decision taken at the March summit of EU leaders to expel diplomats, or oppose him,” the politician said.

It turned out to be illogical: Austria, along with the rest of the EU countries, expressed solidarity with London, but refused to send workers to the Russian diplomatic mission.

It will cost her (Austria) the trust of partners,
noted Kern.

According to him, the "zigzag policy" of the leadership "has driven the country into a corner."

The former head of government recalled that his country is “part of the Western world.”

Apparently, Austrian Chancellor Sebastian Kurz and the leader of the Austrian Freedom Party Heinz-Christian Streic feel more comfortable in the company of Orban and Kaczynski than Merkel and Macron,
Kern added.

In the Austrian People’s Party (ÖVP), of which Kurtz is a member, responded to the criticism of the former chancellor with some restraint.

It is clear that Christian Kern headed for NATO membership. Federal Chancellor Sebastian Kurtz, on the contrary, follows a proven path, he builds bridges,
said the representative of the party.

Ctrl Enter
Noticed oshЫbku Highlight text and press. Ctrl + Enter
We are
Austria is waiting for Chancellor Kurtz. Will a young politician solve the problem of migration?
Military Reviewin Yandex News
Military Reviewin Google News
41 comment
Information
Dear reader, to leave comments on the publication, you must sign in.