For special forces and for tourists: in Chechnya, told about the manufactured buggy

April 8 2018
49
A year ago, mass production of the Chaborz M-3 buggy began in Chechnya - a transformer machine that, depending on the tasks, can perform any kind of transportation in combat and reconnaissance conditions, writes RIA News. 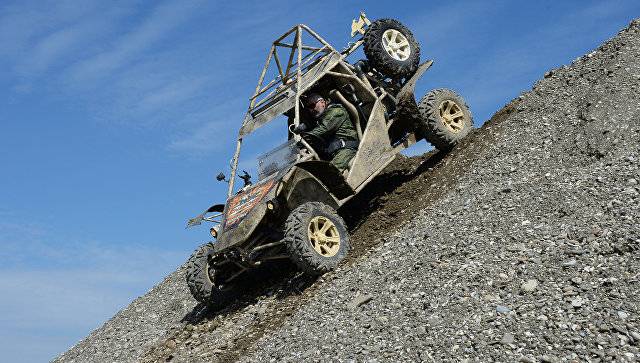 The assembly is made by hand at the Russian Special Forces University. Trained their employees. Components delivered by the domestic auto giant AvtoVAZ. Some components and assemblies do it yourself, the frame too. Welding, painting ... any changes are constantly being made, we are refining. Our new party is different from the previous one. Accordingly, a lot of work is being done with the instructors, who are directly present at the university, they are constantly experiencing new items. The result is a product that is in demand,
production manager Vladimir Burlakov told the agency.

According to him, “the suspension can work out any holes in which even a powerful SUV surrenders, technical characteristics allow us to overcome such obstacles that even the human brain is not ready for this.” 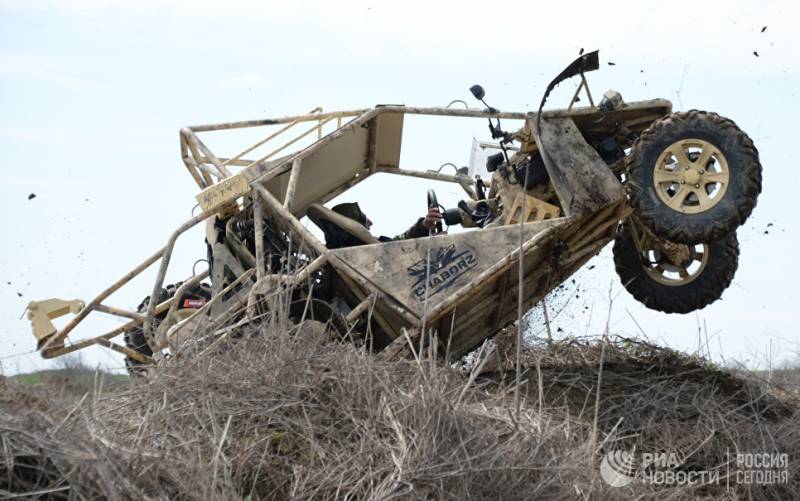 But to get behind the wheel of any buggy, you need preparation, the ability to manage, how to behave while jumping, how to overcome tank moat. This is not everyone will be able to, he will either duck, or the task will not be completed. We train drivers, we have training grounds. Here five-point seat belts, i.e. if the car rolls over and makes a few somersaults, while the passengers and the pilot are fastened, they will not suffer,
said the head of production.

The name also corresponds to the characteristics: “Chaborz” in translation from Chechen - “bear-wolf”.

Strength and endurance, the characteristics of these animals, are inherent in our buggies,
added Burlakov.

He said that Chaborz M-3 had been placed at the disposal of the Russian military in Syria and was successfully used to perform various tasks.

Our buggies in Syria are already the third month, they are used to solve combat missions, the drivers have also been trained, the feedback is positive. We hope that those who directly use them in real combat conditions will express their wishes, and taking into account their comments, we may make changes. For us it will be useful information
said Burlakov. 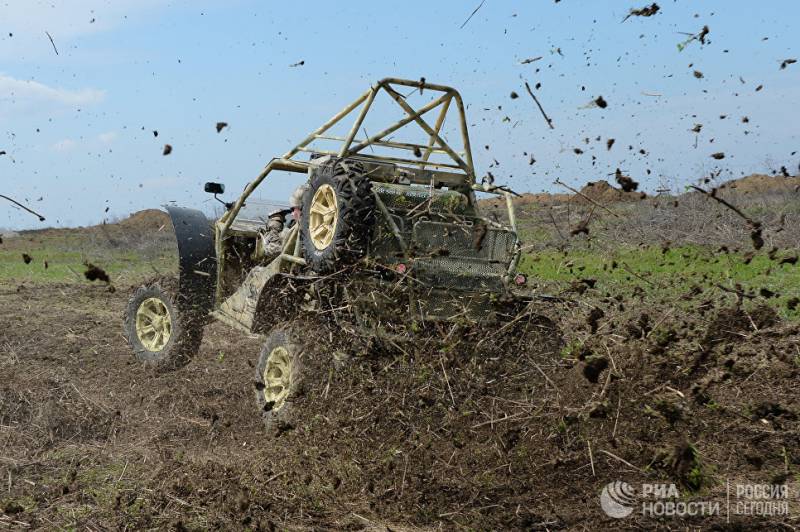 Buggy are good not only for military purposes, but also civilian. The demand from civil organizations is no less; therefore, it is planned to launch the production of a sports-tourist model.

We receive orders from travel companies. In this regard, we have developed a "civilian" model buggy for sports, tourism, hunting and fishing, this is the Chaborz M-4. In a month or two we will start producing them, especially since tourism in the Caucasus is developing, new tourist destinations are opening up, and cars will be in demand,
noted the head.

Currently preparing for the presentation of a new model - M-6.

M-6 - a more advanced model, on the M-3 one petrol engine, the “priorovskiy”, and in the M-6 several options: petrol, diesel and electric. Just on the electric we can drive 80 kilometers per hour. A big plus is noiselessness, you can quietly sneak up. Here, more saturated modern and more developments. The maximum speed that M-6 can develop over rough terrain and with full equipment, somewhere around 150-160 kilometers per hour,
listed Burlakov.