Jaish al-Islam resumed fighting in the Duma. The exit of civilians is blocked

April 7 2018
23
In the grouping "Jaish al-Islam" (* banned in Russia), new leaders seized power in the Duma, the militants resumed hostilities against government troops, reports TASS message from the head of the Russian Reconciliation Center of the warring parties in Syria Yury Evtushenko.


According to him, the withdrawal of the militants and their family members from the city of Duma was stopped, since "over the past 24 hours, extremists have resumed fighting against government forces in the Syrian Arab Republic." 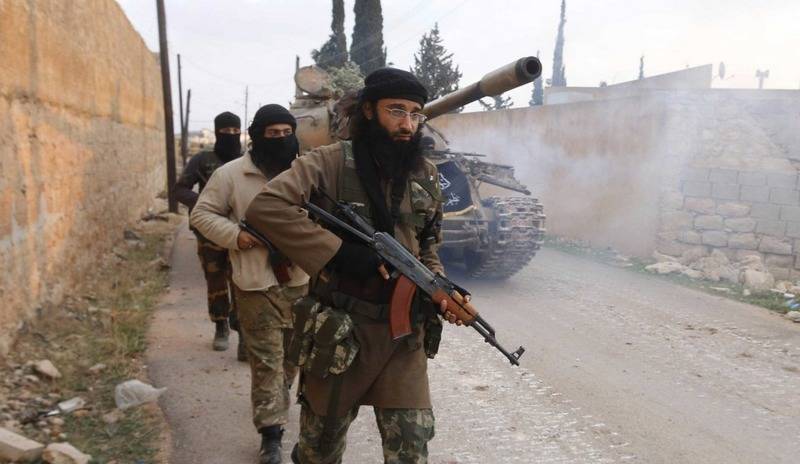 According to Abu Humam’s close aides, as a result of sharp contradictions among odious militants and those who were ready to participate in the negotiation process, the former leaders of the group Abu Humam, Abu Omar and Abu Ali were physically eliminated.
- Yevtushenko explained.

Led by the new leader Abu Qusay, "Jaish al-Islam" violated the implementation of the agreements reached for leaving the Duma and blocked the exit of civilians from the city along the provided humanitarian corridor.

Yesterday, the situation in the city of Duma sharply escalated. Militants group "Jaish al-Islam" launched attacks on the positions of government troops, resumed mortar and rocket attacks on Damascus. Over the past two days, 25 mines and rockets have been fired in residential areas of the capital, killing seven and injuring 42 civilians. The intensity of attacks increases
- told the general

He clarified that now "Syrian government troops are freeing areas of the city of Duma from irreconcilable gangs."

With the former leader of "Jaish al-Islam" Abu Humam, the Center for Reconciliation of the Russian Federation reached an agreement on the withdrawal of civilians, militants and their families from the Duma to the north of Aleppo province starting from 5 in March.