April 7 2018
85
Kiev will put pressure on Moscow in the issue of deploying a peacekeeping contingent in the Donbass, said Ukrainian Foreign Minister Pavlo Klimkin on the Inter channel. 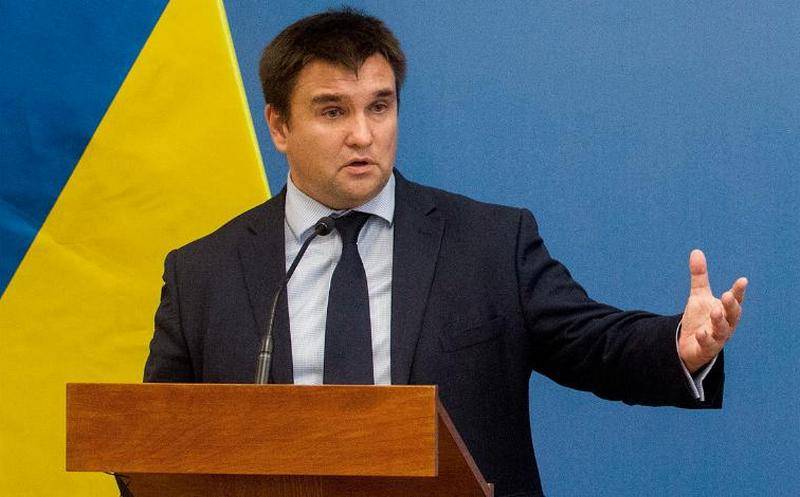 Speaking on Ukrainian television, he said that the UN Security Council should adopt a resolution. The head of the Ukrainian Foreign Ministry believes that Russia may refuse to comply with such conditions. In this case, according to Klimkin, Ukraine will put pressure on Russia.

Now we have a common position - Germany, France, the United States. After these high-level contacts, we will put pressure on Russia so that this (the deployment of peacekeepers) is realized, and we must do it as an impetus for this
- said the head of the Ukrainian Foreign Ministry.

Earlier, the media reported on the upcoming summit of the leaders of Germany, France and Ukraine on the deployment of UN peacekeepers in the Donbass. The Foreign Ministry said that “they know nothing about such a meeting yet.”

In early April, President of Ukraine Petro Poroshenko said that with the help of UN peacekeepers, the UN plans to return the territory of the self-proclaimed Donetsk and Lugansk people's republics to Kiev’s control.